Hands on photos of the Nubia X6 phablet alongside the Z5S, plus details of the range topping 128GB model.

Nubia is ZTE’s premium phone brand for China. Till today the Nubia range was made up of the Z5 mini and Z5S, phones which really hadn’t changed all that much in the year or so since they originally launched. To say an all new model was long overdue would be an understatment!

Anyway it happend today that Nubia launched the X6, a 6.44-inch phablet powered by a Snadpragon 801 processor and supporting various neworks (LTE included) took to the stage. Full details of the launch and most of the specification details can be found in our Nubia X6 launch write-up, but what isn’t mentioned there is the top of the range X6 with 3GB RAM and 128GB of internal memory, the cost of is just 3999 Yuan ($644). 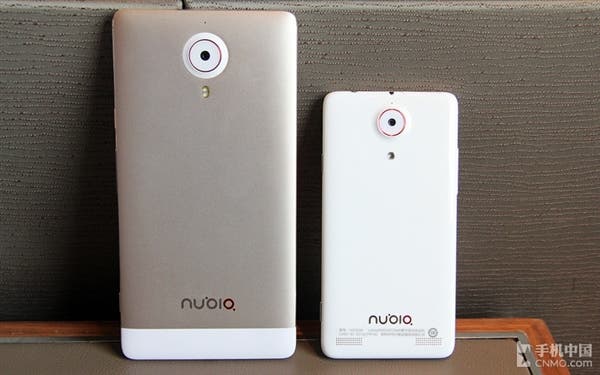 We also didn’t get a good look at the Nubia X6 during the launch presentation, but luckily Chinese website CNMO did. Below are some hands on photos of the Nubia X6 alongside the 5-inch Nubia Z5S.

The Nubia X6 will go on sale soon here in China and will likely receive an limited launch in the US in time.

Next HTC One (M8) Developer Edition now available for $649