The Newman K1 appears on the Tenaa webs tie with an amazing 4GB RAM! But some things don’t quite add up!

Tenaa are the people who test phones and tablets in China to ensure they are up to Chinese legislation. Like any governmental service Tenaa is ran by people, and people can make mistakes which is how we believe the Newman K3 has been listed with 4GB RAM!

4GB RAM is possible in a phone, and we will likely see the next generation ZTE Grand S 2 with that amount of memory, but the K3’s specs don’t scream flagship, and the phone certainly wouldn’t warrant so much RAM. According to the rest of the Tenaa listing, the Newman K3 has a 1.3Ghz processor (likely the quad-core MT6582) and a 4.5-inch 800 x 600 TFT display, parts which are more at home on an entry-level device. 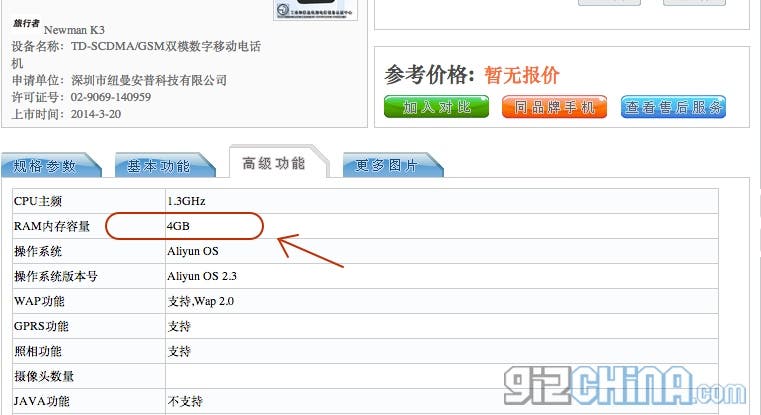 Still if the listing is accurate the Newman K3 wouldn’t be the only badly conceived phone this week, just take a look at the Veaka phone for $805 with 720p display of proof of that.

Next Hugo Barra in India, Xiaomi on its way!