We don’t know how they have done it, but the guys over at Mobile-Dad have managed to get hold of the iOcean X8 ahead of launch for an early unboxing!

During the unboxing the reviewers were able to confirm that the iOcean X8 has the features which we have been promised induing a fully laminated Corning Gorilla Glasss front and rear glass panels, 5.7-inch FHD display, octacore MT6592 processor, 2GB RAM, 32GB of internal memory, dual SIM support (WCDMA and GSM) and NFC.

iOcean have told us that the phone in these unboxing photos is a pre-production sample and has a 13 mega-pixel stacked sensor, where as the production model is reported to have a 14 mega-pixel sensor.

The X8 ships in not one but two cardboard boxes, all the more to keep the nice glass body of the phone safe and sound while shipping. 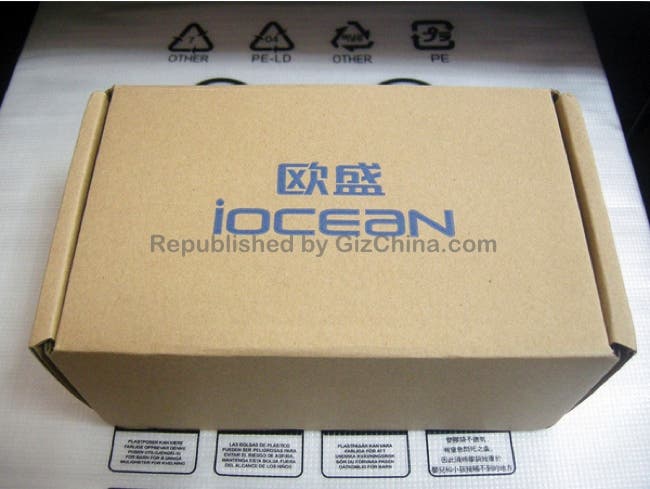 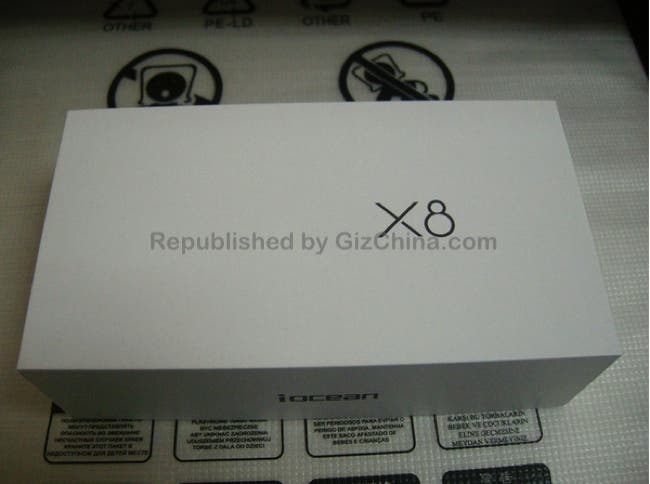 We are unsure if optional colour options will be available at launch but we have only seen black models at this time. 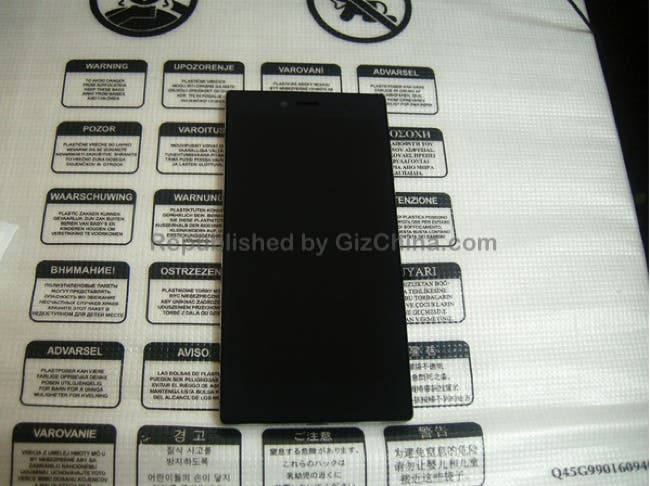 A glass front and rear panel sandwiches the alloy frame like a wafer thin, luxury tech sandwich. In this hands on photo we can see the USB data cable and what could be a main speaker to the right.

The alloy continues around the tops and sides where we also find the 3.5mm headphone jack, sim tray on the left and power and volume rockers on the right hand side. 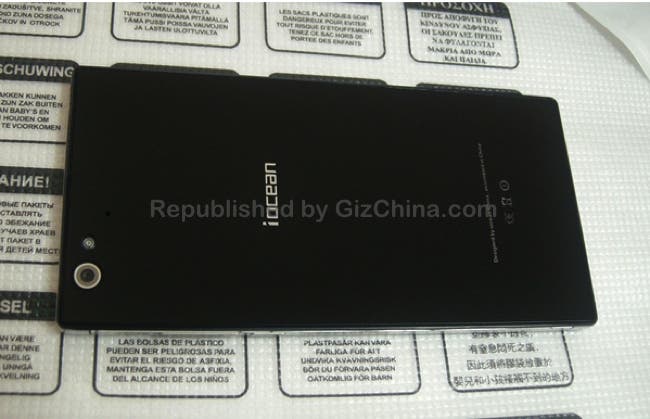 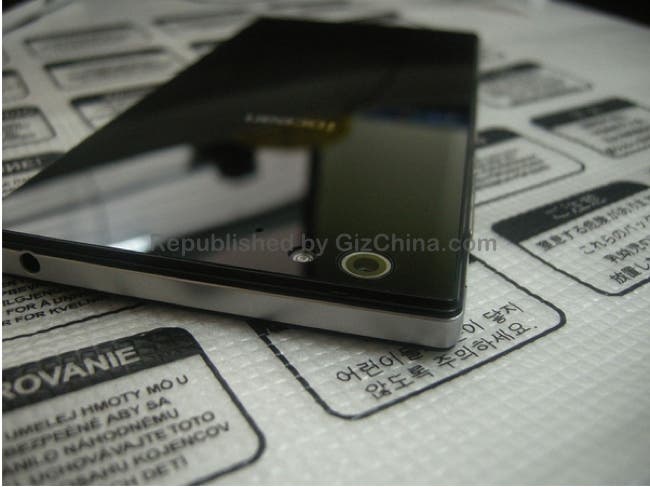 As we have already seen in earlier hands on photos the X8 has a recessed camera and LED flash located on the rear, the iOcean logo and a few various safety markings along the bottom. 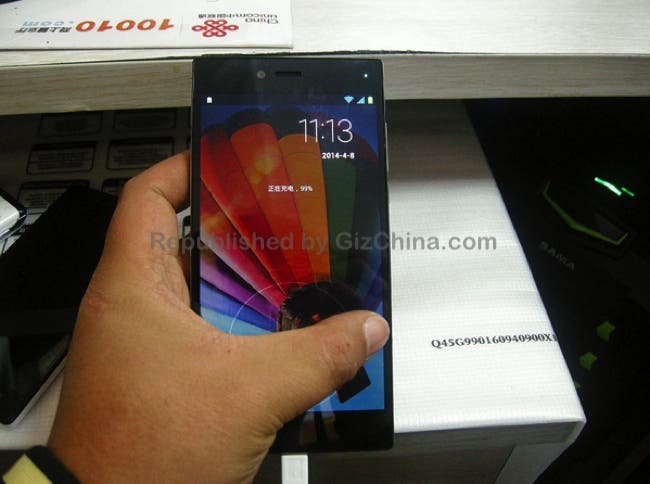 iOcean’s choice of alloy and glass put the iOcean X8 in the same league as other quality Chinese smartphones such as the JiaYu S2, JiaYu G6, UMi X3 and Newman K18.

Soon we will receive a review sample of the iOcean X8 and will bring you more details and hands on photos once it arrives.

Next Huawei P7 shows up at Tenaa for network license