GooPhone have launched their clone of the popular Samsung Galaxy S5 and are sure to receive a lot of attention for it. So just how good is the GooPhone S5? We go hands on to find out.

GooPhone are the same infamous company who go about making clones of the iPhone 4, and iPhone 5 before Apple had even launched them and more recently have been making a living selling clones of the Samsung Galaxy S4 and Galaxy Note 3.

Usually GooPhone are quite fast off the mark with their clones, but for the GooPhone S5, a Samsung Galaxy S5 knock-off they have taken longer to get some of the details right. 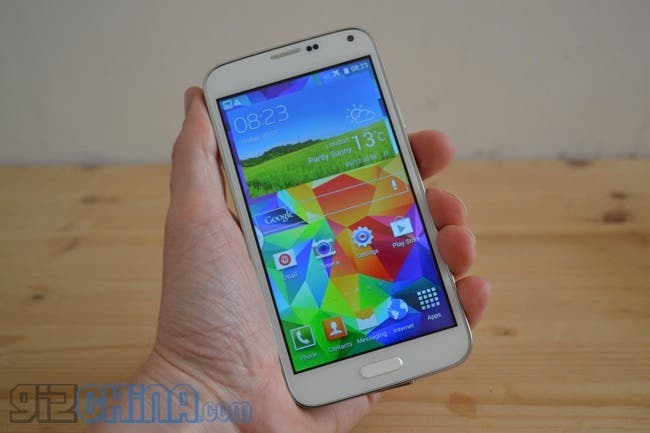 The first thing you will notice once the GooPhone S5 is in your hands is the build quality. This is not an expensive device and is not attempting to make a name for itself in the build quality department. Our device, although looked genuine enough, feels a little flimsy and I don’t think it would last more than a few drops before going out of commission. 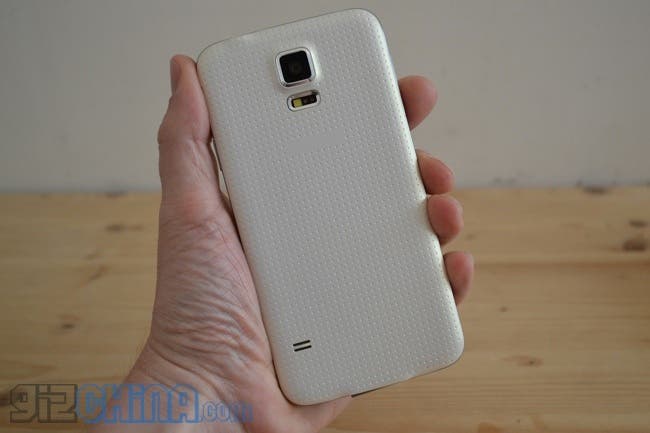 GooPhone have stayed true to the real S5 by giving the rear a band-aid look, but haven’t gone so far as to put the Samsung logo on their. The rear removes to reveal space for a SIM card, Micro SD and a removable 2800mAh battery. There are also points for NFC on the back of the phone, but our unit was missing the actual NFC chip. 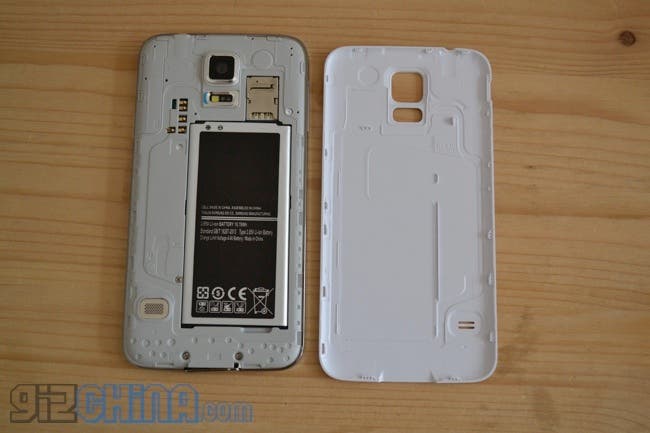 According to the GooPhone store where the GooPhone S5 is on sale from $149.99 the S5 has an 8 mega-pixel main camera interpolated to 13MP, 5.1-inch HD 720p display, 1GB RAM, quad-core Mediatek MT6582 processor, and support for GSM or WCDMA via the single SIM tray. 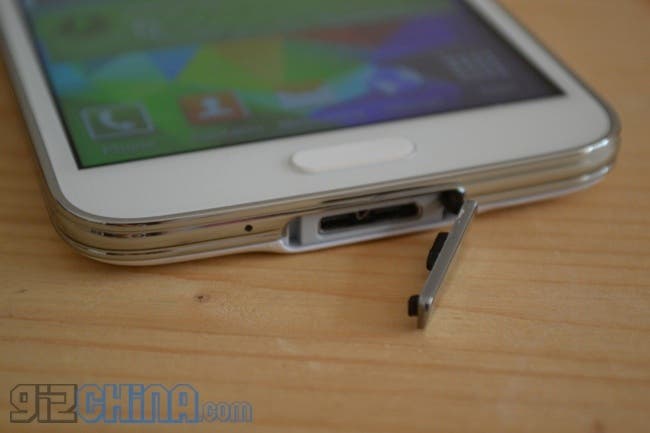 Like the real Samsung Galaxy S5, the GooPhone S5 has loads of features built in to the OS, and this is actually where you might think ‘WOW’. The level of attention that has gone in to producing the ROM for the GooPhone S5 is impressive! Usually a clone maker will just give their phone the ‘look’ and miss out features, but GooPhone have gone the whole hog including smart features, health monitoring, lots of stock widgets and more so you can really make the most of this clone. 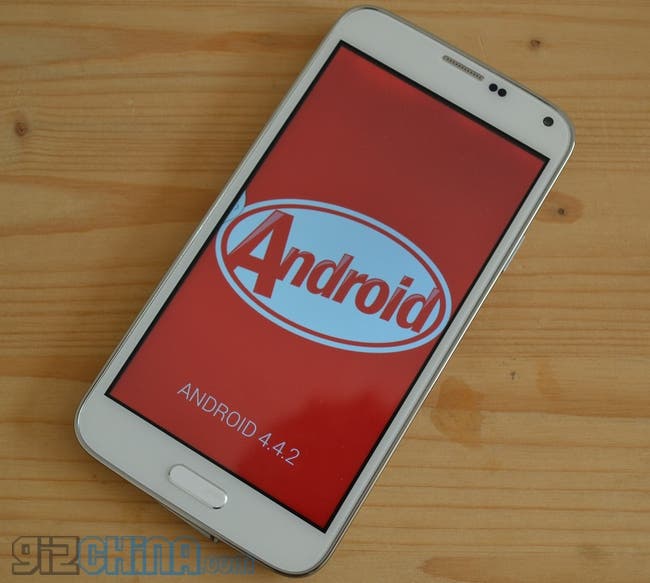 It is even more impressive that GooPhone have built their knock off Samsung ROM on Android 4.4.2!

The following is a hands on video with the GooPhone S5, you will get a good idea of the look and feel of this Samsung Galaxy S5 clone along with see some of the features and get an idea of the performance of the device. 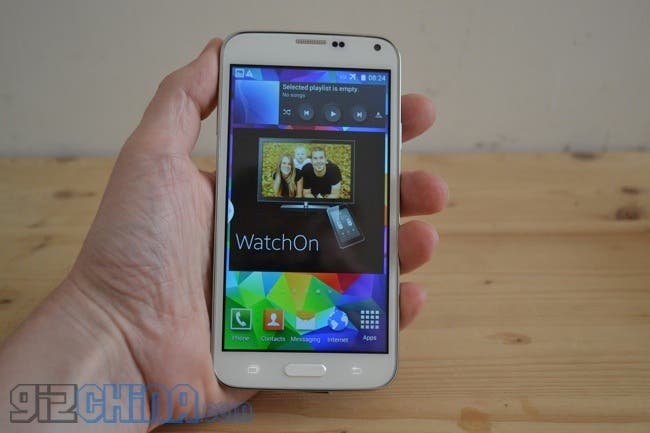 Clone phones are not my thing, I much prefer the real thing or a unique design, but even I was impressed with the level of detail GooPhone have gone in to when producing the ROM for the GooPhone S5. There are so many features in this phone it is hard not to be impressed once you start using it. 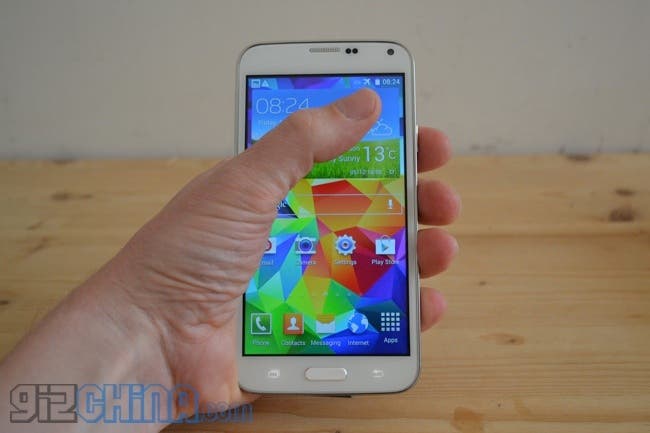 Performance is amazing considering the MT6582 chipset and what the ROM is asking of it, the camera focuses fast and takes sharp photos, and the 2800mAh battery should mean a pretty good battery life. The only things which bother me are the overall build quality and the decision to use a proprietory USB cable instead of a generic one.

Overall if you fancy the look, feel and function of a Samsung Galaxy S5 but don’t want to break the bank the GooPhone S5 is an interesting option to consider.

Previous OnePlus now sending out invites for 64GB OnePlus One

Next Huawei Honor 3X Review: One of the best Octacore phones on the market!