A few months back, reports from Taiwan and China pointed at a $100 ‘Nexus’ smartphone from Google that was supposedly in the works. However, many wrote it off thanks to insufficient evidence of the project’s existence, and the choice of hardware partner.

Now that Google has officially announced Android One, speculations around the scheme are rife. Micromax (and Karbonn, Spice) being the OEMs of choice doesn’t surprise nobody; what the makers have been doing for a few years is exactly what Google needs with the $100 smartphone of theirs. The aforementioned OEMs have, in fact, been rolling out $100 devices for quite some months now, and the devices have reached a point where they actually sound like smartphones and not just things that look like phones and run Android. You can only imagine what the OEMs could do with direct support from Google!

One thing that’s plagued the affordable hardware breed is the lack of software upgrades. OEMs usually tend to hold their chipset provider responsible for delayed (and often non-existent) software upgrades, but now that all of them – Google, the chipset provider and the hardware manufacturer – are all working towards on single, bigger picture, we foresee this undesired trend changing for good.

Even though the Nexus line of devices from Google is pretty affordable, it still makes sense to have an even cheaper lineup of products for emerging markets. There also have been innumerable mentions of the Android Silver project that would take place of the Nexus scheme; if that is to happen indeed, Google could have two separate, similar programs for markets depending on maturity – Android One for the emerging ones, and Android Silver for the developed, mature ones.

Lastly, we think that MediaTek sounds like the BEST fabricator for Google to team up with. Given the huge success MediaTek has seen in the past years, along with its popularity in markets targeted by Android One, MediaTek could really help Google – and the audience in general – get a real, $100 smartphone.

In fact, reports already suggest that the first Android One phone could run on a MediaTek MT6575 chipset. We only hope that MediaTek work harder on the software side of things to deliver a truly worthy product. 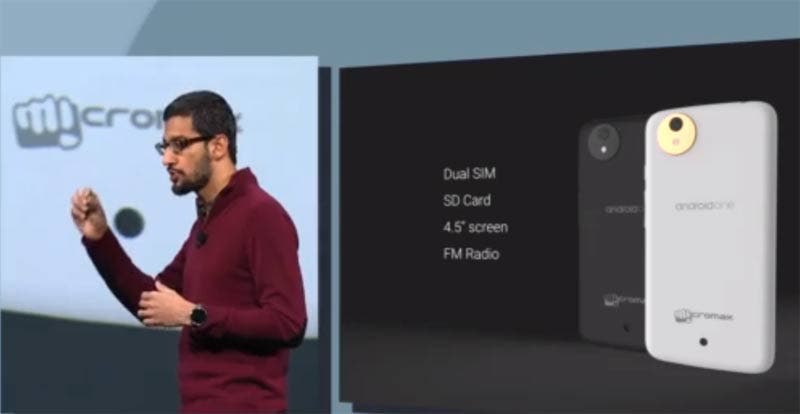 Previous Get ready to WIN a OnePlus One in our giveaway!