We compare the global OnePlus One running CM11s to the Chinese OnePlus One with ColorOS in our unboxing and first impressions review.

After unboxing the Chinese version of the OnePlus One last week I was pretty excited today when I received my international Sandstone black version of the phone. This phone is the official global version of the 2014 flagship killer from start-up OnePlus, which I bought out of my own pocket after being sent an invitation from a GizChina.it reader.

Buying my OnePlus One through the official channels was easy enough (once I had the invitation), but it isn’t without its issues. I plan to write-up my experience buying the OnePlus One with an invite compared to buying from a Chinese reseller soon so keep your eyes peeled for that.

To say I was excited to unbox the Sandstone OnePlus One would be a bit of an exaggeration. I had already had hands on time with it at the launch, and just last week received the Chinese version of the phone so I knew exactly what to expect (I also have the amazing Vivo Xshot on test at the moment too which really casts a shadow of the OPO). Still I was giddy enough to smash my DSLR while unboxing the global OnePlus One and comparing it to the Chinese model…. 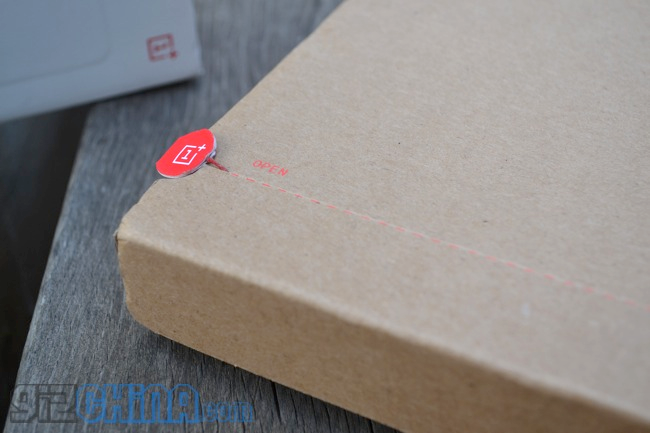 Unboxing the global OnePlus One is similar but not exactly the same as unboxing the Chinese OnePlus One. The first difference is that the Chinese version of the OPO comes in a large box which holds the main phone container, and charger. The global version ships in a DHL shipping bag with the phone in a smaller cardboard box and the charger floating about separately. 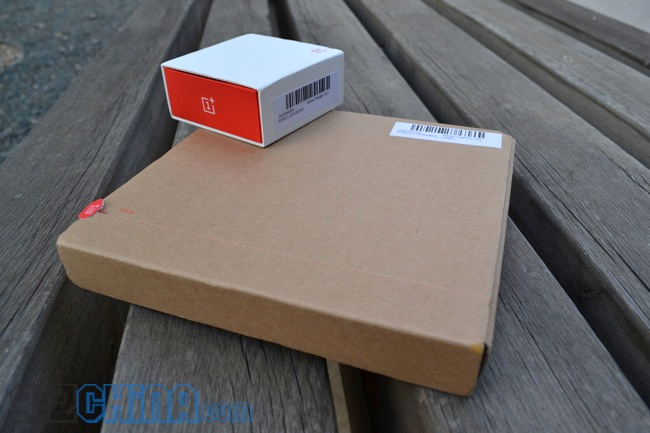 The packaging is the same between both phone except the Global version has English details and is indicated as a “Global Version”, and has Qualcomm and Cyanogen branding on the rear. 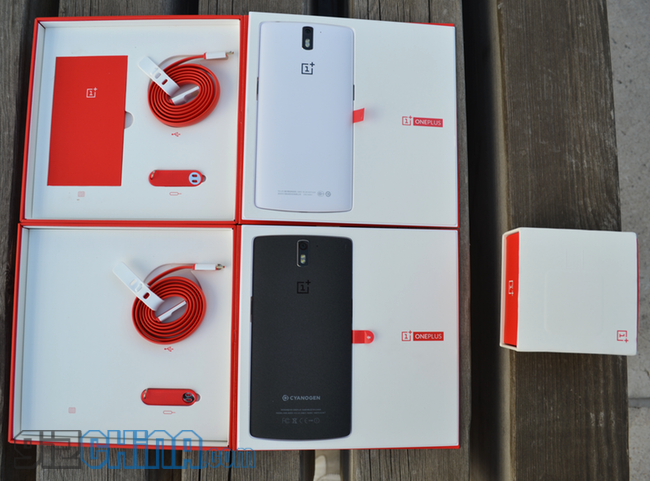 Inside the box things are mostly the same except the Chinese phone comes with a small instruction and warranty manual where as the Global OnePlus One does not. 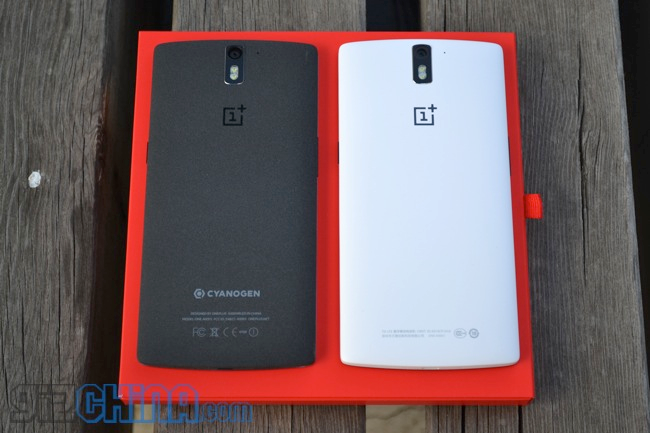 Design of both the phones are the same in regards to finish options and physical dimensions. The difference between the phones from the exterior are only the printing and branding on the rear of the devices and the in this case the finish of the Style Swap cover. 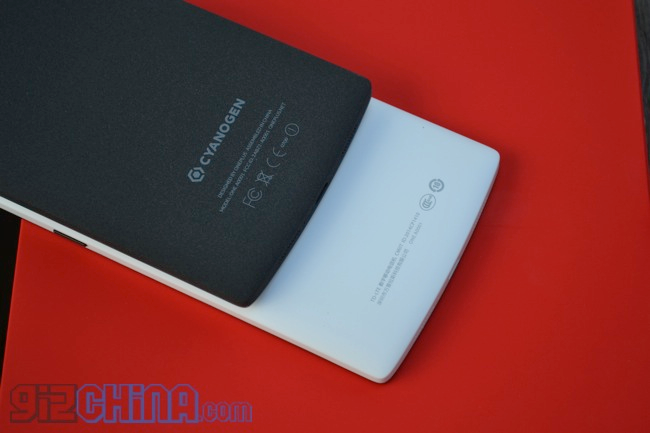 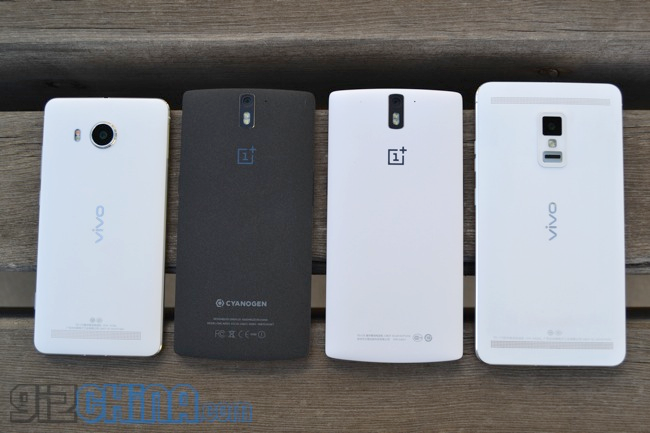 Both the global and Chinese version of the OnePlus One will be available in Baby Skin White or Sandstone Black. The white has a soft pistachio nut finish and designates the phone as a 16GB model, while the black phone has a rough sandstone like finish. The finish isn’t as rough as I remember it at launch and feels more rubbery (it could just be me). Black also means that this is a 64GB version of the OPO. 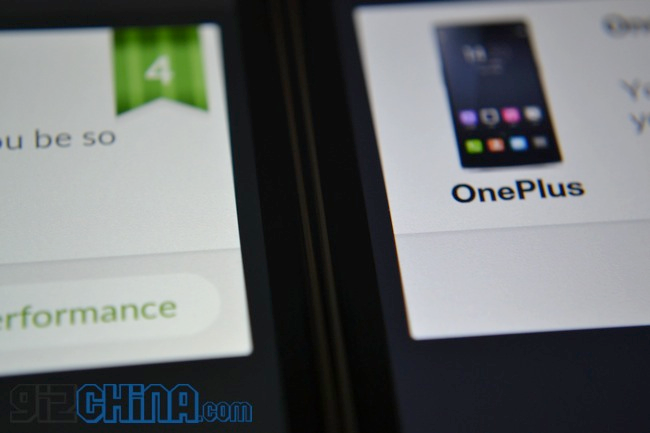 We had heard news that some OnePlus One had yellow displays and we can confirm the same for our global model. Compared to the Chinese version of the OnePlus the Global model running CM11s shows whites with a yellow tint, where as the Chinese model has whiter whites. 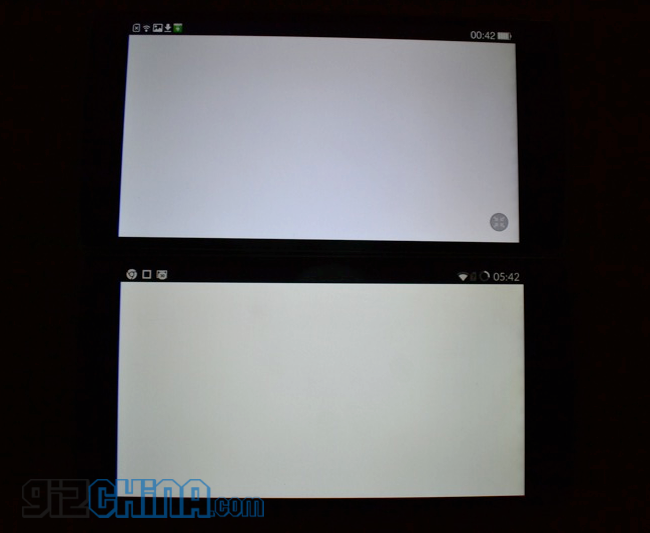 The yellow tint showed up still after updating to the latest version of CM11s also, so at the time of writing it has not been fixed. 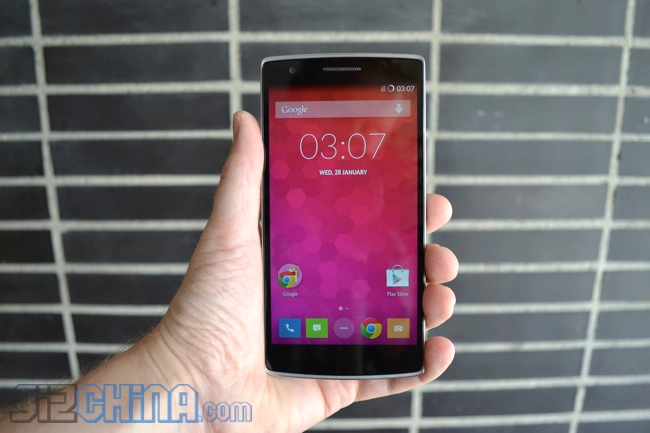 It’s up to debate which is the better OS. While CyanogenMod looks better, is based on a newer version of Android and has a much nicer gallery and camera application, it does lack many of the features of ColorOS.

ColorOS is more customisable, has more gesture controls and shortcuts, and in the camera gets the amazing Picture Plus options (similar to HD Photo on the Oppo Find 7 and 7a).

One major benefit of CM11s on the global version of the OnePlus One is that it has Google Play services and many of the more popular Google apps installed. All you need to do is log in and away you go. The Chinese OPO will need you to root, and install Google services yourself.

Functionally I prefer ColorOS, but for speed and UI design CM11S is my favourite. Let’s hope in the future the Cyanogen team can add more ColorOS features to the ROM.

Both versions of the OPO have the same Snapdragon 801 chipset, and 3GB RAM. Each and every component is the same so the only difference between the two phones in terms of performance can be in the OS.

This is when CyanogenMod 11s should really come in to its own. It is a lighter OS with less bloat and should perform better than the Oppo rom. Antutu benchmarks say this isn’t really the case as the global OPO managed to get 37,253 points on Antutu X while the ColorOs Chinese model scored 37,218.

In use though the Global version does feel much snappier, but this is all to do with animation speeds for the most part as installing Nova launcher gives a similar fast feel.

Watch the Chinese OnePlus One Unboxing and hands on 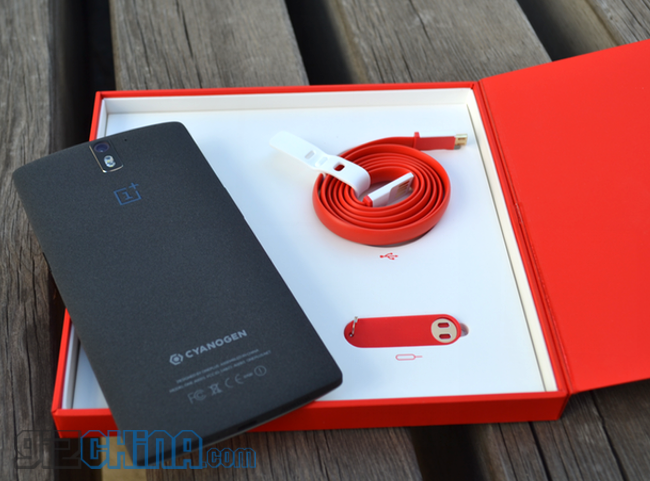 It’s really a tricky choice between the Chinese and Global OnePlus One. As it stands the Global model has cost more than the Chinese version (due to tax, but more on that in another feature), it has fewer features in the OS and does not perform any better. The Chinese version of the phone has more features, can be bought anywhere without invitation and has a whiter display. Another issue of the Chinese OnePlus One for customers in North America is lack of LTE and 3G support, European customers don’t have this problem though. 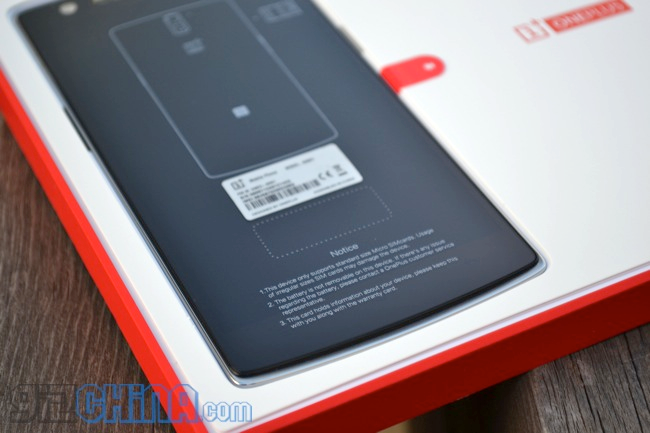 In an ideal world the two phones should be a mixture of all the good to create one amazing phone, as it stands both devices have their pros and cons, and it seems many of them come down to the OS. Either ColorOS needs to get more streamlined a better UI and Google services, or Cyanogen need to add more than a few missing features.

In the coming weeks I will be posting my experiences with buying the two OnePlus One phones, full reviews on both devices plus we will be launching a completion where you can win a OnePlus One of your own! Keep posted to GizChina for more OnePlus one news and reviews!

Thanks again to Chinese reseller Lenteen for supplying our OnePlus One. Visit their sites: