If there has to be one ROM that is really well known for its features, customizability, it HAS to be MIUI from Xiaomi. In fact, the ROM itself has played a big part in Xiaomi’s success and popularity in markets outside of China.

XOLO is an India based manufacturer best known for its highly affordable offerings in the country. A while back, XOLO stepped into the Windows Phone world with the launch of the Q900s, which the company claims as the world’s lightest smartphone, at 100g. Now, the rising maker is apparently not happy with just that; a leak (along with a few teasers from the company) points to a ROM that is believed to be in development at the XOLO facilities.

Dubbed ‘Hive’, the ROM is expected to see a launch along with a device that will run on it. The device per se is believed to have a powerful specs set, including a 5-inch HD display, 2GB of RAM and Gorilla Glass 3 protection. What’s more, the Hive ROM is expected to be based on Android v4.4 KitKat, along with a whole new icon set to give it a unique feel.

It is nice to see rising stars invest in software and development; this could open the gates to a whole new level of user experience. 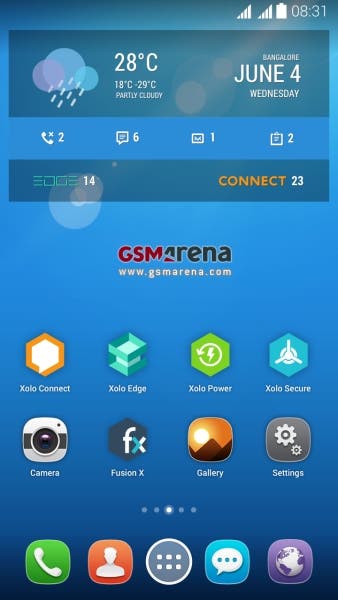 Next JiaYu rumoured to be bringing LTE to current phones