Its been a flurry of KitKat phones in India of late, with budget manufacturers shifting focus from high-end hardware to newer software.

Earlier today, Micromax, one of the most popular smartphone makers in India, announced the Canvas Fire A093 smartphone for 6,299 INR ($105). As the headline reads, the device comes with Android v4.4 KitKat, which is getting increasingly popular by the day. 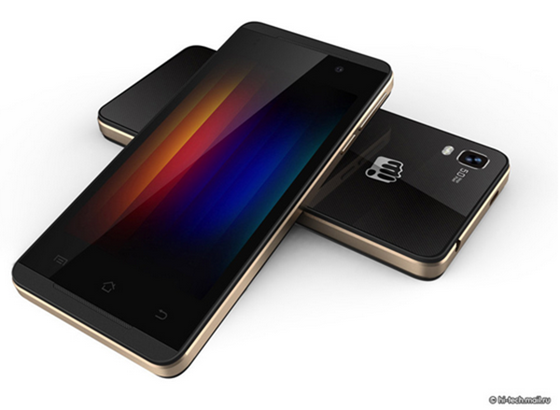 The device borrows some design elements from its much more expensive cousin, the Micromax Canvas Knight. It also features gold-coloured edges to attract the bling lover in you, all at a very attractive price point. A 4-inch screen, a 1.3GHz quad-core CPU and 512MB RAM are what make up for most of the phone, which should attract a lot of competition from other homegrown makers.

Most manufacturers in India seem to have taken offence from Motorola’s budget launches in the Moto G and Moto E, and have been trying hard to eliminate the competition from the now-Lenovo owned subsidiary since.

The Micromax Canvas Fire A093 is available via leading e-commerce portals in India for 6,299 INR.