You could hardly call the screen bezels of the Meizu MX3 wide, but compared to leaked Meizu MX4 display parts and designs the new phone has gone much thinner.

Purported photos of a Meizu MX4 glass panel for the front of the next generation phone show us a couple of details, 1) The MX4 appears to keep it’s wide 15:9 ration, 2) The trademark halo button is still there along with on-screen controls, and 3) the screen bezels are exceptionally narrow.

Whoever the tipster of the MX4 is has done us another favour by evening photographing design documents for the next Meizu, which tell us the bezel edges are just 1.1mm thick!

The narrower bezels will be there to keep the overall width of the phone to a minimum, which will be a plus considering many believe the new Meizu could have a display of up to 5.4-inch. Other details suggest the panel with have an anti-scratch and anti-fingerprint coating too. 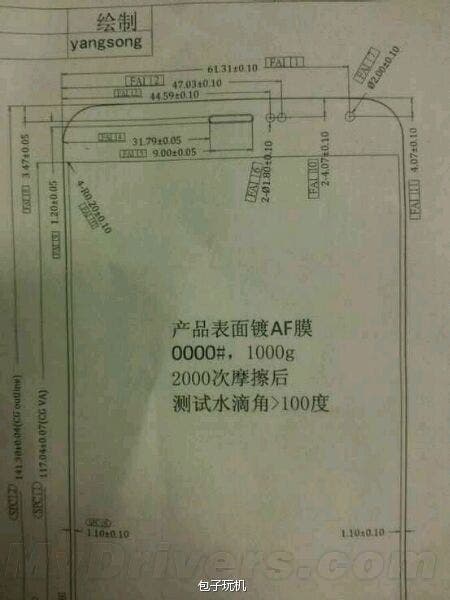 Meizu haven’t announced the MX4 launch date yet, but it is widely believed to be during September this year.