Thought the Gionee Elife S5.5 was thin? Well that’s old news! Gionee already gave a thinner phone in the works and these are the first spy photos.

In the past the world’s thinnest smartphone fight took place between brother Oppo and Vivo, but now Gionee are on the scene and the BBK brothers simply cannot keep up. Earlier in the year, the Gionee Elife S5.5 launched with a slender 5.5mm body, and was updated not so long ago to support LTE networks. However, if you find 5.5mm just to much for your dainty palms the Gionee Elife S4.8 could be the phone for you.

The S4.8, aka the Gionee GN9005, has already passed through TENAA where it was revealed the phone has body of just 5mm thick with glass both front and rear. The 4.8 in the name relates to the screen size which happens to be a 4.8-inch Super Amoled model. 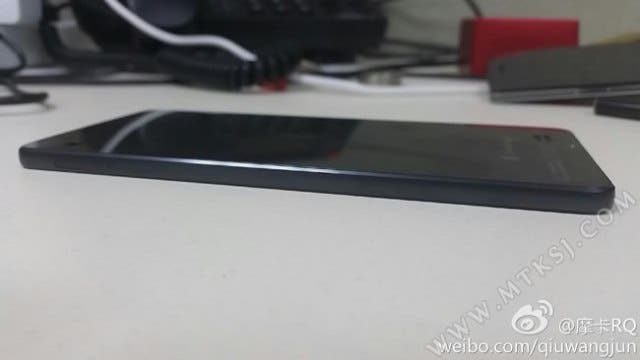 A 1.2Ghz quad-core processor from Qualcomm, with LTE, 1GB RAM and 8 mega-pixel main camera and 2050mAh battery make up the remainder of the specs.

What do you think of the Gionee Slife S4.8? Are smartphones just getting too thin?