If you have been following the hype train then you will know that the launch of the Meizu MX4 is only a few hours away! So what can we expect from the premium Chinese phone maker? Well this is everything we know so far from leaks!

The Meizu MX4 will be the next MX phone in the series and one of the last flagship smartphones we will see this year. So what do we think Meizu will have in store for us?

What processor could the Meizu MX4 have?

Rumours of the Meizu MX4 started all the way back in February around MWC. Since that time we have heard that the new Meizu could have anything from a Samsung processor, Qualcomm chip or even a Mediatek MT6595.

So far the phone leaks that point to the actual processor suggest the the MX4 could very well be one of the first MT6595 smartphones to launch, and could be capable of reaching Antutu scores of over 50,000 points! 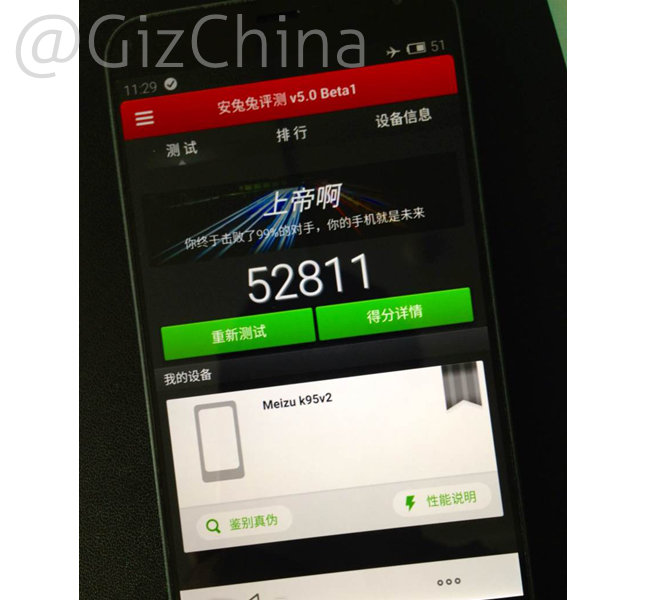 It seems possible that the MX4 could come in a variety of flavours with a entry-level of mid-range phone sporting the Mediatek MT6595 chip and a higher end phone with a Samsung processor. Either way the new Meizu MX4 is likely to have big.LITTLE octacore architecture and LTE.

What about Meizu MX4 memory?

Again we are going off leaks here, but from our knowledge of current Android smartphones from China, then the MX4 is going to have to have at least 2GB RAM. 3GB RAM could be possible too, but again this could be a defining difference between an MX4 Basic and MX4 Advanced.

Storage will likely come in ranges from 16-64GB, but an SD card option isn’t completely unlikely and looking at the competition (Vivo Xshot, Oppo Find 7) it could be very likely.

The current Meizu MX3 comes in with a 5.1-inch display so the chances are that we are going to see a display larger than that. Again going over the current batch of flagship smartphones we should expect something in between 5.5-inch to 6-inch. In fact certain leaks suggest the MX4 could have a 5.4-inch panel with a resolution of up to 2K! 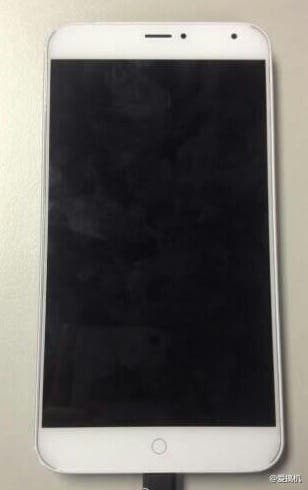 Another hotly discussed rumour is the possibility of a fingerprint scanner on the Meizu MX4. Fingerprint scanner technology has become more and more popular and we now see it on phones ranging from flagship Vivo phones to mid-range Mediatek devices such as the Elephone 3000!

It seems the the 20.7 mega-pixel Sony rear sensor is going to be in place on the MX4. Various sources and even leaked details of the packaging have confirmed this detail, and what an update it will be over the 8-mega-pixel sensor found on the MX3!

Another feature we can expect is the use of a dual tone, dual LED flash. Again this has been seen in leaked photos of the MX4 and we have seen a similar set up on Apple, and Vivo smartphones already.

The front camera we firmly believed to be an 8 mega-pixel sensor up until recently when the below image leaked. The headless selfie is said to have been taken with the forthcoming Meizu MX4, and rather alarmingly has a resolution of just 2 mega-pixels!

From Meizu’s own Facebook page the company have already admitted that the MX4 will have an aircraft grade aluminium alloy chassis in place of the previous steel chassis. This should give the flagship Meizu a lightweight and sturdy design.

More purported leaked images suggest that the phone will have super narrow screen bezels a removable rear panel and come in either black or white finishes. Overall the design is similar to the current MX3 but with a fee manufacture changes and material choices thrown in to freshen things up.

And finally we have a new OS believed to be launching alongside the Meizu MX4 also. Apparently tomorrow will see the release of the next instalment of Flyme, Flyme 4.0, which will bring a new fresh looking UI, redesigned smart bar onscreen navigation, and new features although we do now know what these will be.

We are currently in Beijing waiting for the Meizu MX4 launch to start tomorrow afternoon. It is going to be very exciting to see what Meizu finally release as part of their contribution to the current Chinese smartphone war. What do you make of the rumours? And what do you think Meizu have in store for us?