Despite trying having a large and popular PC market share, Asus have never really made managed to be known as a ‘great’  Android smartphone handset maker.  This hasn’t stopped them from trying though, and over the past few years we have seen some interesting devices from them, and the latest Zenfone 5 is one of them.

The Zenfone 5 has garnered so much attention that Indian tech outlets are even saying it is a rival to the nightly Xiaomi Mi3!

Is such a comparison fair? Is the Asus Zenfone 5 really that good? Let us tell you in the following review!

Asus Zenfone 5: A beautiful box with “nothing” inside 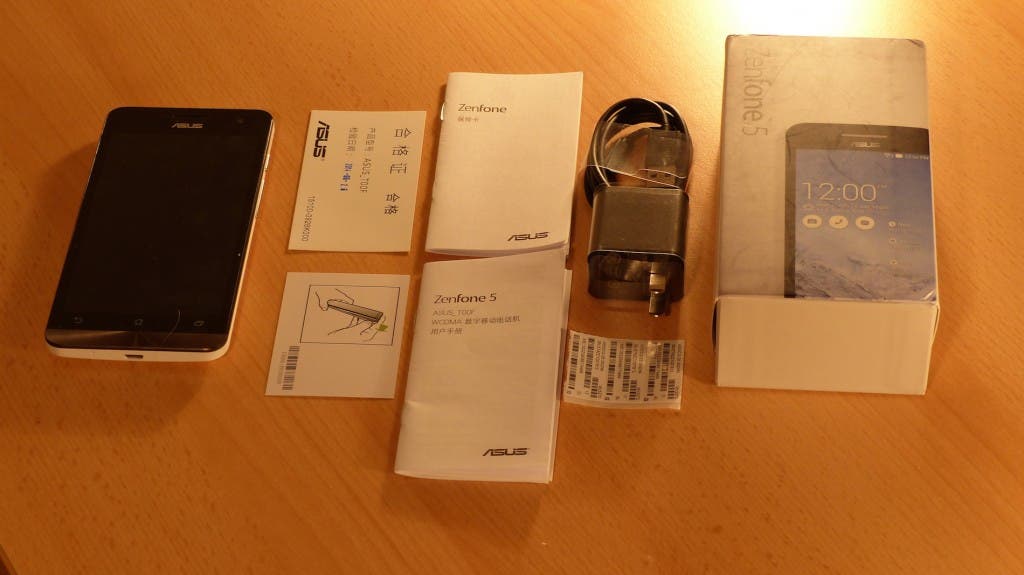 Have you ever unboxed a device with a beautiful packaging and found almost nothing inside? Well, in this case you know how we felt when we opened the Zenfone’s packaging! There really isn’t much to see besides the phone, some paperwork, a USB cable and the obligatory wall charger. At least a pair of headphones would have been a nice addition to the package contents, but I suppose no buds are better than dud buds. Still a screen protector, silicone case etc would have been nice additions to the box.

Asus Zenfone 5 review: Didn’t we see that before? 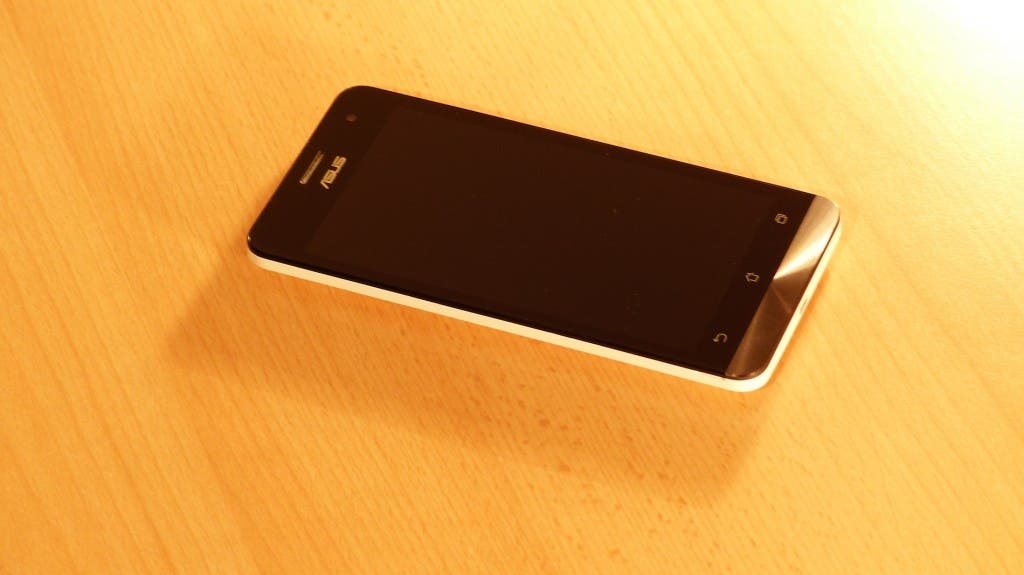 Takes the the Xiaomi Mi2, Oppo Find 7 and the OnePlus One, whack them all in a blender and out will come the Asus Zenfone 5. The design really is a mashup of styles. While the black Gorilla Glass front does looks a little like the Mi2 but with the Asus logo, status LED and the metal plate at the very bottom, the rear really looks  like a OnePlus One or Oppo Find 7 with its white or black (your choice) polycarbonate cover featuring a slightly curved design. At $160 that is far from a complaint though, this phone is extremely beautiful for the money.  It’s nice to see the hardware buttons are placed just where we prefer, i.e on the right with the power button above the volume rocker.

The rear panel is removable, but the battery is not. This is a trend we have seen a lot of recently and one that might concern some customers. Taking the rear off does have it’s use though and means you can get at the SIM tray. 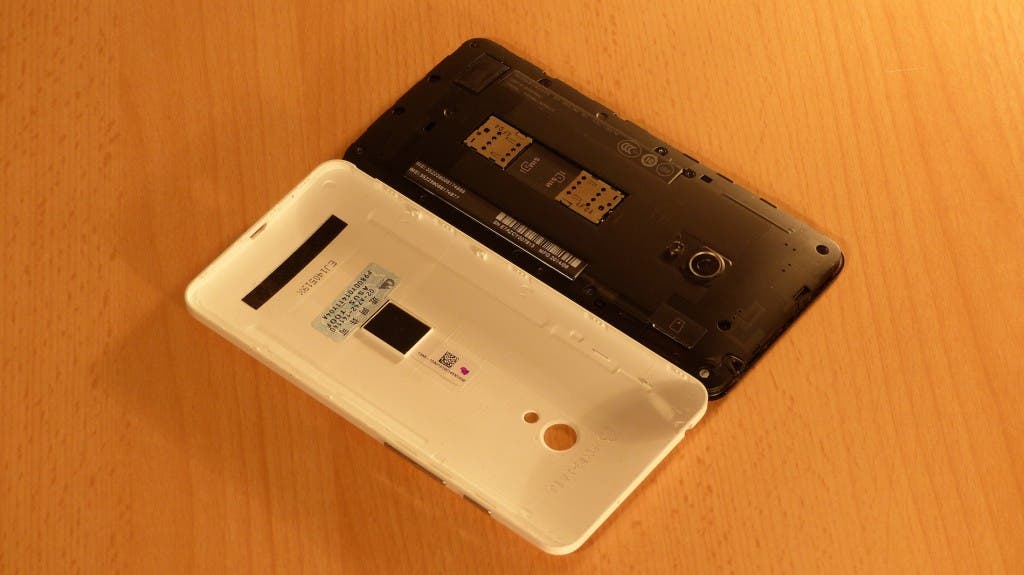 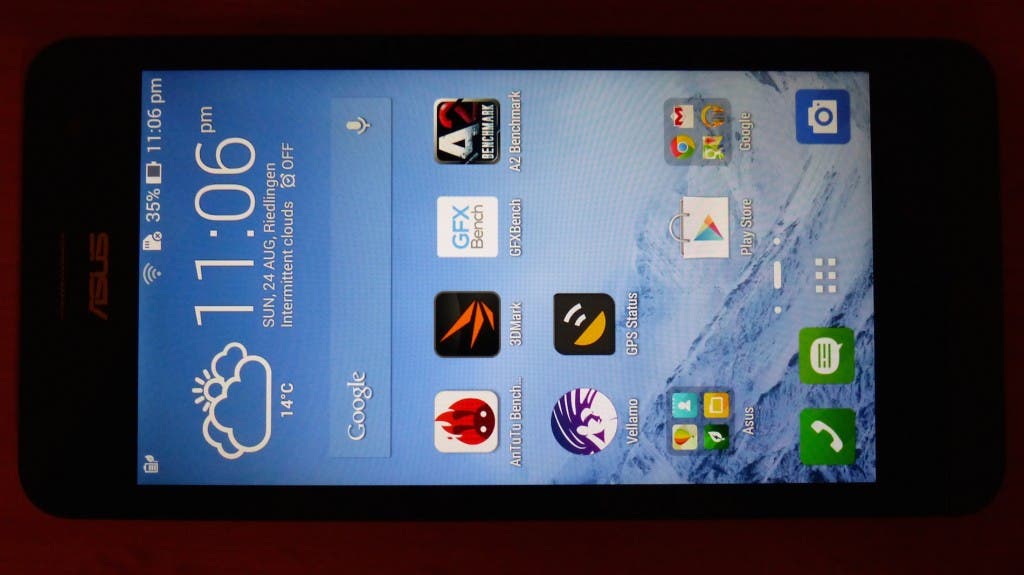 A 720p display! on a phone featured in a review in late 2014! It seems a little odd we know, but the quality of the 5-inch 1280 x 720 screen on the Asus Zenfone is very good. Visually it won’t let you down and even after using high res phones over the past few months we didn’t feel the Asus was lacking. 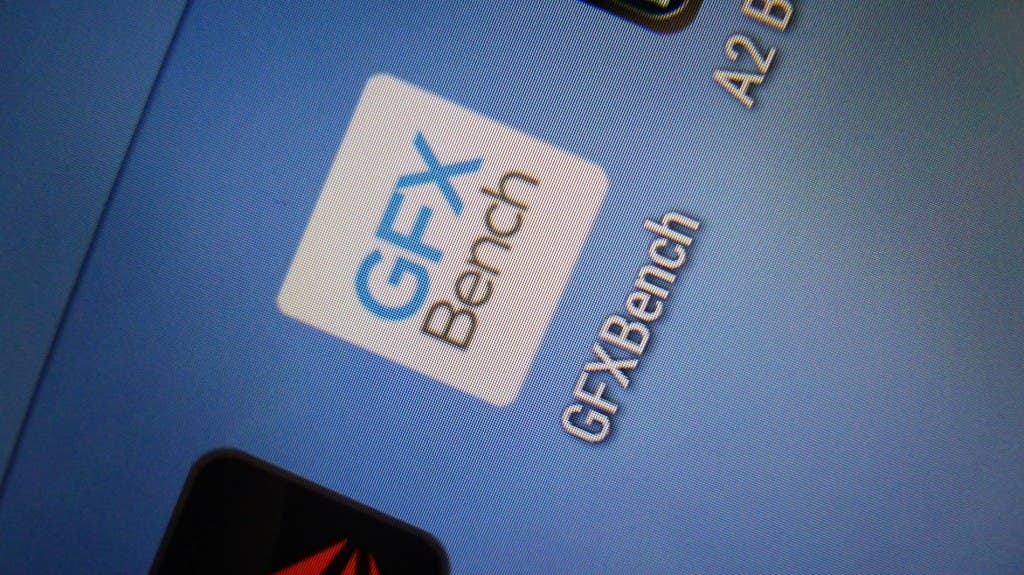 Its colors are really crisp, small details are rendered perfectly sharp and the contrast is also perfectly acceptable.

Lastly, we have to mention the probably most amazing feature of the Asus Zenfone 5. The screen is not only protected by Gorilla Glass but it also features a special nano coating to prevent fingerprints and smudges. A feature we would love to see on other phones.

Dual-core – once you hear this term you might think back to Chinese phones we had back in 2012: Utterly slow and not even close to anything you would call “good performance”. But wait, we are not talking about some ARM dual-core chipset here! The Asus Zenfone 5 does actually come with an Intel Atom Z2580 processor, which is based on the x86 architecture you know from your computer.

Now there are lots of voices rising up and say that there isn’t any noticeable difference between an ARM chipset and an x86 chipset for mobile applications, but trust us when we say there definitely is! Even though the Z2580 is a dual-core SoC, it features amazing performance, especially when considering the price tag. Benchmark results are quite similar to a Snapdragon 400, yet the performance is a lot better. Everything runs smooth and snappy, which makes using the phone a real pleasure. Only the GPU, which is a PowerVR SGX 544MP manages to let the gaming performance of the phone a little.

This chipset in combination with 2GB of RAM provides a powerful enough set-up for your daily tasks. Anyone not being into mobile high-end gaming will just love the Zenfone 5 for its performance.

So here we come to the most basic feature of any handset: Receiving wireless network signals. Unfortunately, this is where the Asus begins to trip up. During our test we stumbled upon quite a few issues. First of all the signal strength of 3G networks is not that good. We’re not saying unusable, but noticeably worse than with other phones. We had quite a few locations where other phones had a perfect 3G signal, while the Asus Zenfone 5 hadn’t.

Continuing with Wi-Fi things don’t look much better unfortunately. Moving away from the router results in a fast dropping signal strength. If you live in a building with several floors, this will for sure result in frequent signal losses. Thumbs down for this one, Asus!

GPS is kind of “the light at the end of the tunnel”. Though the first fix is takes a long time, follow-up “connections” are established fast with good signal strength with accuracy of up to 3 meters. It still is not as good as a phone with a Qualcomm processor though and you will loose GPS as soon as you enter a building.

The Asus Zenfone 5 comes with a 8 mega pixel rear camera and a 2 mega pixel front one. The Asus camera app provides you with tons of features such as a turbo mode for fast shutter times, HDR mode, panorama mode, low light mode, miniature mode and all that kind of stuff that you usually expect from a higher priced phone. There is even a party camera app that lets you share pictures with nearby devices and a mirror app for the girls among you in need of refreshed makeup.

But you all will probably agree that all such features are nonsense if the camera sensor is not the best one. And exactly this is the case here. It for sure isn’t the worst camera we’ve ever seen in a phone, but it is far away from being amazing. Just have a look at the camera of the Xiaomi Redmi 1S. This phone perfectly shows off how great a camera in a budget phone can be. Cut this quality in half and you get the camera of the Zenfone 5. In short, it is lacking quite some depth of field, the colors aren’t vivid enough and there is a lot of noise as soon when images are snapped in the dark. The same applies to the front camera.

The Zenfone 5 comes with an Android 4.3 ROM, running a custom UI called Asus ZenUI. During daily use this appears to be quite a nicely done piece of software. It still remains a classic Android, but with a sleeker looking interface and some added features. During our daily usage, it appeared that using a phone with ZenUI is a little more time efficient than a plain stock Android. The whole concept tries to have the most important features handy for you at any time, which really makes life a little easier. Surfing the web and want to create a note about something? Simply swipe down the notification list and hit the appropriate button. It’s things like that, which make this phone a little more unique and set it apart from competitors. Feel free to have a sneak peek using the images below.

A 2,110mAh battery sounds like quite enough for a dual-core processor, and it basically would be if it would use an ARM chipset. Yet, here we have one disadvantage of the x86 architecture: It takes up more energy! Now in the case of the Asus Zenfone 5 this means that you might get over a day if you don’t use your phone too heavily, but you will need a wall plug-in the evening for sure. And if you are a heavy user: Forget about this phone, it’s not for you. There is no way to get more than 2.5 hours of screen-on time while really using the phone. The fact that the battery can not be replaced is just a thing that makes the situation worse.

Now that’s the end of this review already. Time to collect all pros and cons and build a solid tower of conclusion out of it. So lets quickly list them!

So we have more pros than cons, which is good, but sadly the cons are pretty significant. Now it is a fact that some of the cons or more or less important, depending on your needs and where you live. So it is probably safe to say that for the price, you get a solid brand phone. But you should carefully consider if any of these flaws will seriously conflict with your daily life. If this is not the case, you probably won’t regret a purchase. Currently the Asus Zenfone 5 is priced at $160 to $200, depending on where you buy it and which version you buy.

Thanks to electrofame.com for providing us with a review sample.