While you wait for Google to make the official announcement about the next-gen Nexus tablet (HTC made, Nexus 9… yawn), Dell just rolled out a sexy little beast out of the blue!

Extending the popular Venue 8 line, this new tablet is known as the Dell Venue 8 7840. In more ways than one, the device reminds us of the Sharp Aquos Crystal X. Why, you’re wondering? Take a look: 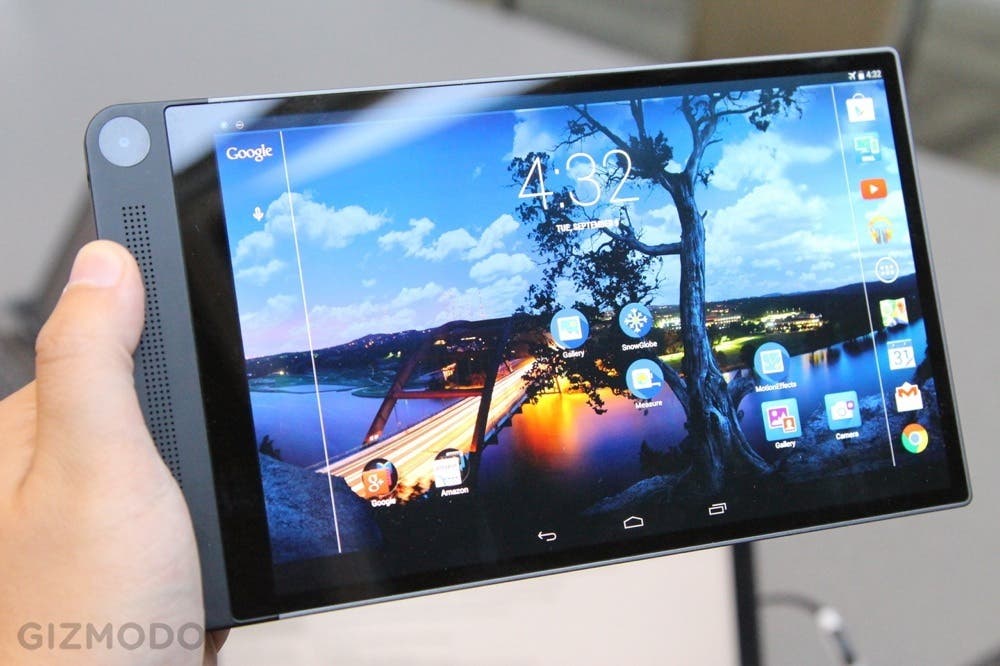 The device is pretty much the bomb (Pinkman style) when it’s looks you’re talking about. That’s not it, Dell’s come all guns blazing at us with an 8.4-inch 2560 x 1600 pixel display and a 2.3GHz quad-core Intel Atom Z3580 processor! The Venue 8 7840 is also pretty darn sleek with a thickness of just 6.4mm, thinner than either of the iPhones that launched a couple of days back.

The Venue 8 7840 has Dell pretty much covered on all aspects. Although many despise those that use their tablets to take photos, it might soon change because this baby comes with an 8 mega-pixel rear camera along with a couple more, that the tablet uses to pull off tricks such as a refocus effect (HTC M8 style), distance calculation, etc.

There’s still a couple of months before you’ll be able to purchase this looker of a tablet, but I’d wait! Oh, and it’s the world’s thinnest tablet.