BYD (Build Your Dreams), is a Chinese car maker who is no stranger to mobile tech. The company are actually one of the largest producers of rechargeable battery cells for mobile device, electric vehicles and have even been known to make the odd tablet of phone.

These day’s BYD focus on their cars, but still like to load them up with the latest technology. The BYD G5 is a family soon that the company recently released in China with a built-in multimedia center. Compared to modern smartphones the hardware is an odd mix with 1Ghz quad-core processor, 3GB RAM, WIFi and build in apps such as QQ.

Interestingly BYD have let journalists run Antutu on the in car system resulting in a rather lack luster 15,244 points. Well behind that of even a cheap phone, but enough of navigation and playing back media. 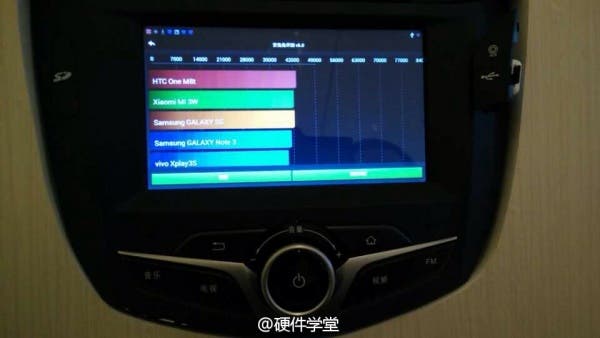