The THL 5000 is one of those phone which looks like a total package on paper with large battery, powerful processor and decent cameras. So do those details equal to a great phone for everyday use? Keep reading the full THL 5000 review now to find out!

The THL 5000 is the bigger battery, faster processor brother of the THL 4400 that was reviewed a few weeks ago. A 5000MAh battery is larger enough to make the phone a powerbank in its own right, while the 2.0Ghz octacore MT6592 processor is a rare and exciting choice of processor. With a 5-inch FHD display, 13 mega-pixel main camera and Android Kitkat, it is easy to see why the phone has generated so much interest in the Chinese tech community.

A 5000mAh battery is a large cell and one that isnt easy to fit in a phone, especially one with a 5-inch display! Still the THL 5000 isn’t overly large with the dimensions of the phone coming in at 145 x 73 x 8.9mm with a weight of 170g. So, yes there are thinner narrower phones, but none with a battery so big.

The design of the device is simple, with rounded edges; nothing new or innovative in that, but still there are some nice design touches here and there.  A metal frame keeps the phone still and solid, and the metal ring and silver THL logo add nice touches to an otherwise normal looking phone.

A lot of plastc has been used in the constructon of the THL 5000. Plastic is no bad thing, and we have seen many a lightweight quality phone this year. Unfortunately the plastic in the THL 5000 isn’t of the greatest qualtity. The low quality plastic does mean that THL have kept the price low, but if you are looking for a quality feeling phone then this won’t be the one for you.

This year was meant to be the year of the octacore with the MT6592 leading the way, but although Mediatek launched 2 version of the SoC we have only seen the 1.7Ghz version used in large numbers. The THL 5000 uses the 2.oGhz octacore MT6592T processor. This still doesn’t support LTE as standard, but it does give the phone that little extra grunt. The chipset also has a Mali-450 GPU and 2GB RAM. 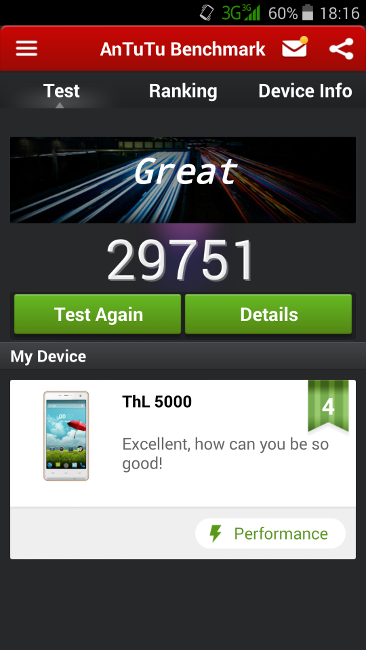 Yep we know Antutu really is a defunct method of testing a phone these days, but the numbers are still regarded as gospel by some so we ran it anyway. For a phone costing just $270 the benchmarks result of 29,751 is pretty amazing. In real life usage this meant the phone can handle daily apps well and gaming is just fine, but as usualy with the MT6592 3D animations are a sore point and tend to run slowly. 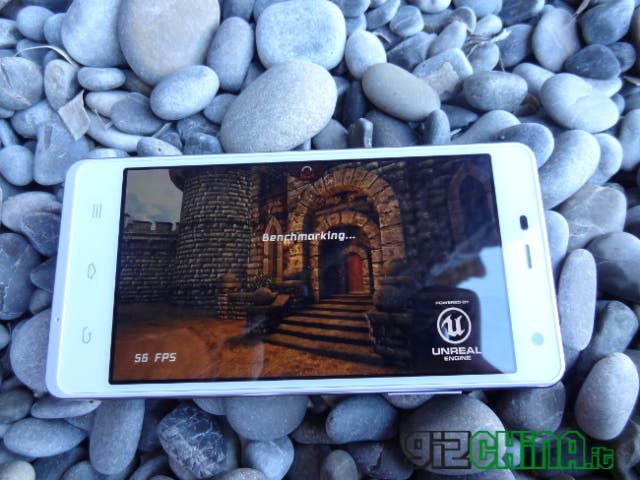 We tested games such as Real Racing 3, Ripitide Gp2 and Need For Speed on the THL 5000 all of which ran well with only the odd lag and framerate drop here and there. You won’t get the same sort of expericence as a Qualcomm processor, or even the newer MT6595 found in the Meizu MX4, but it is usuable and gets the job done.

THL 5000’s battery is the feature that makes this phone so interesting. As mentioned before, the phone comes with a non-replaceable 5000mAh unit, which easily is above average capacity for a smartphone of today. In fact the THL 5000 really does stand in a class of it’s own for battery size, even above flaghip phones.

Other phone makers will build a smartphone with large battery and then give the rest of the phone an energy saving specification. THL on the other hand haven’t and instead we have a FHD display, and powerful processor, but still the phone offers several hours of usuage.

We tried our best to run the THL 5000 out of battery life in a single day and found it simply impossible under normal conditions. Even when using the phone as a dedicated portable gaming device (not really what THL intended) we still managed to get 5 hours of continued game play! 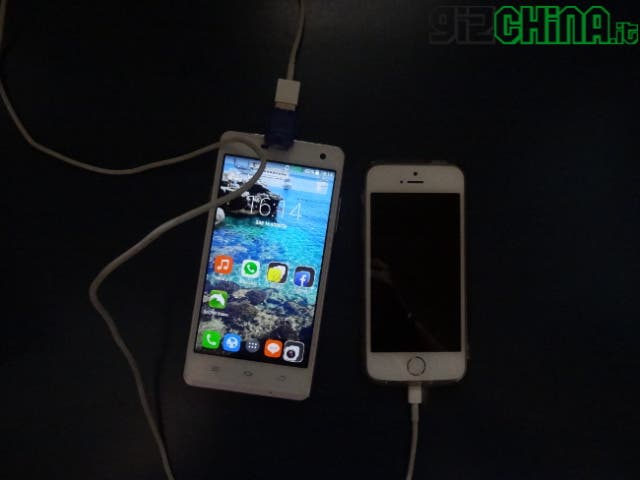 The THL 5000 also works as a power bank for other phones and device, using it’s huge battery to supply juice to other devices via the OTG USB. 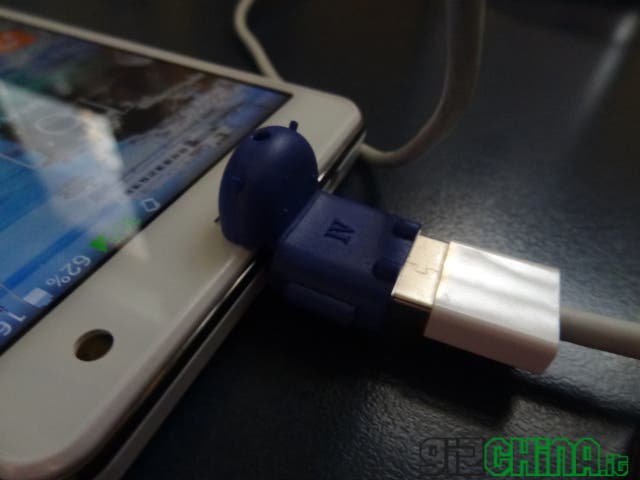 Below are some usage scenarios of the THL 5000 and its battery life, considering the average usage of the device with messaging, browsing, video, email, social networking, using the camera and a bit of gaming.

The battery life is amazing, however we think that THL will be able to improve it further! Through our tests we found that the OS on the THL 5000 has a few bugs in the power managment, sometimes resulting the in the phone rebooting when the battery hit a certain percentage. Hopefully an update will fix this and will also boost battery life even further still!

Even with the bug, we still believe the THL 5000 is one of the best options when choosing a phone based on a mix of battery life and performance.

On paper the main camera of the THL 5000 is an impressive piece of kit for a $270 phone, not to mention one with the larger battery, FHD display and powerful processor. The sensor is a 13 mega-pixel model from the Sony stable, model number IMX135, and boasts a f2.0 aperture! The front camera is a basic 5 mega-pixel unit.

We know the sensor and aperture alone don’t make a great camera and it comes down to the lens used and the optimisation of the ROM, so how have THL done?

Well the camera certainly is capable of getting some nice shots, but the performance is inconsistent and to get the best out of it you really cannot rely on the auto mode. Thankfully there are plenty of manual settings to choose from, but this is not a camera that would replace a dedicated point and shoot, well at least not without some work anyway. For best results keep your photography outdoors and make sure there is plenty of light. 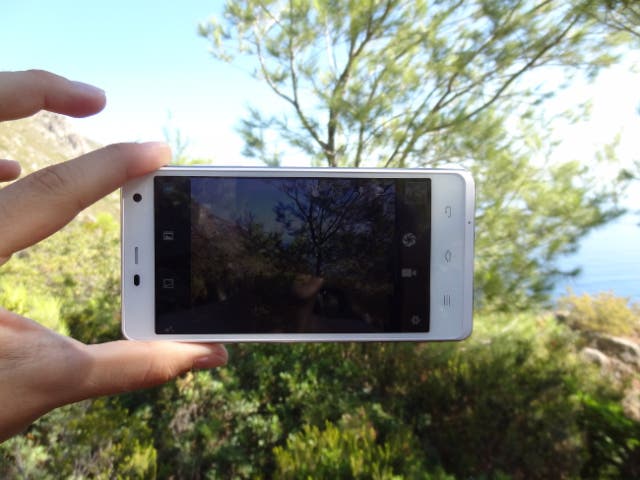 In addition, several features such as HDR and panorama photos are suffer from the lack of optimization of MediaTek’s camera app, and go to degrading the performance of this sensor. Since this is a smartphone with Android 4.4.2 KitKat, you can still install the Google Camera app, or pick any other applications available on the Play Store in a hope to get better results.

All in all, this camera does produce better shots than the average MediaTek smartphones, but at the same time, it doesn’t perform up to its potential. Interestingly the 5 mega-pixel front camera was quite pleasing, but this could be due to the fact we had quite low expectations for it. 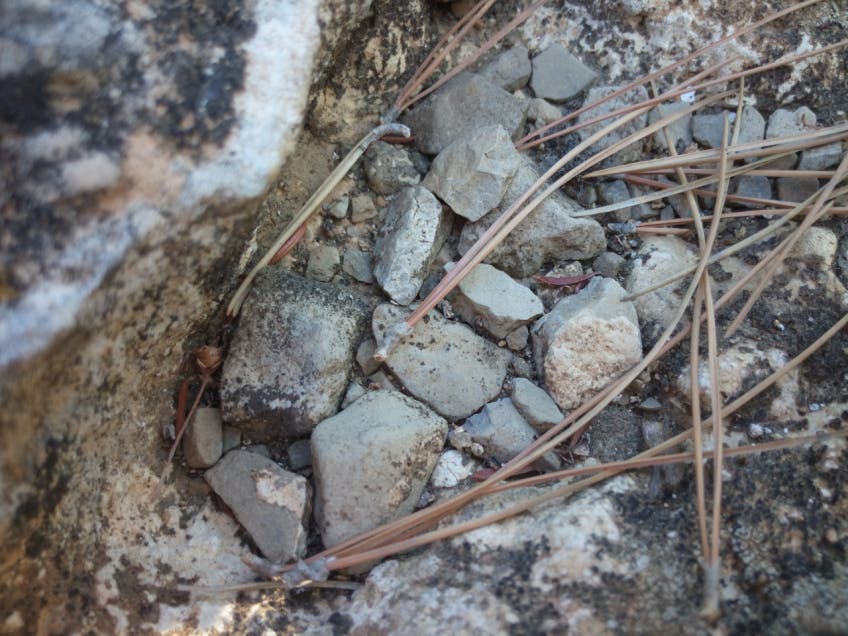 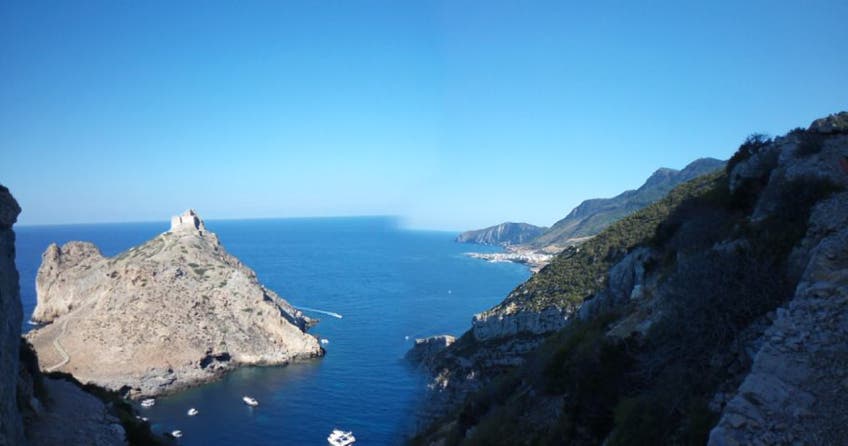 The 5000 comes with stock Android 4.4.2 with a ThL custom icons pack and the “launcher 3” from AOSP. As mentioned above the camera app isn’t fully optimised, and there are bugs in the power management, so what about the rest? 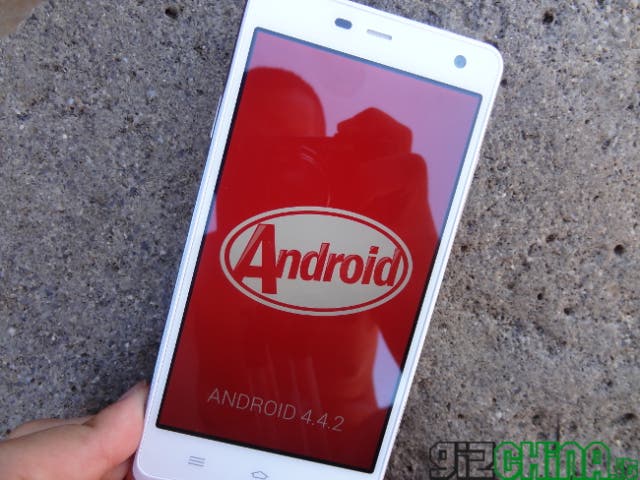 The system is generally responsive, much more than other smartphone MediaTek octa-core processor, and offers some pre-installed applications, including some in Chinese bloatware which is easily removable. Furthermore, there is “pocket mode” that can be enabled, and should help avoid any unwanted operations while the smartphone is in your pocket. The feature gets the job done, but sometimes slows the phone down while unlocking.

In the settings we also found a “float app”, which gives you quick access to some apps like the calulator and the music player The drawer does not contain widgets, which can be found by clicking the menu button on the home page.

The display is a 5-inch panel with full HD resolution, made with IPS technology and OGS, and protected by glass Corning Gorilla Glass 3. The display is really nice on the THL 5000, with good viewing angles, good color reproduction, sharp images and excellent definition. 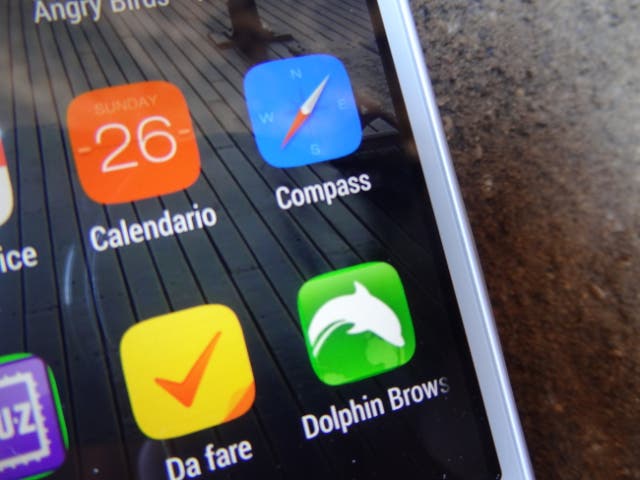 Playing games, reading, watching movies or viewing photos are a pleasure on this device, and the display is able to recognize up to 10 simultaneous touches.

The phone has all the standard connectivity options like WiFi, Bluetooth 4.0, 3G, NFC and GPS, but it lacks of 4G connectivity. So, if you are looking for fast internet you’ll have look elsewhere, unfortunately. There are two SIM card slots, both of which take normal sized SIM cards unlike other Chinese phones that have come up of late. The 5000 supports 3G work in most places around Europe. We tested in Italy where it worked well.

The THL 5000 was a really satisfying in many ways, but in terms of GPS performance the 5000 is far from the best. As with a lot of MediaTek-powered smartphones, navigation is often inaccurate, even if the position is correctly detected.
However, with the navigation software Copilot, the results improve marginally, but we’re still left far from having the best navigation experience.

The THL 5000 offers much more than other smartphones in this price tag. In fact, it packs one of the biggest battery in the global market with the added (and often crucial) ability to charge other devices. It comes with expandable memory, NFC, a beautiful 5-inch Full HD display, the MediaTek MT6592 processor clocked at 2.0GHz, a 13 camera from Sony, Android 4.4.2 KitKat. So on paper it really is an amazing bit of kit.

Unfortunately, the GPS is disappointing, there are some small bugs in the ROM. Also, the camera lacks the right software as we mentioned before. However, at a price of 269.99 dollars, the THL 5000 is still a very good phone, albeit with a few shortcomings here and there, which could easily be fixed through updates or custom roms. If you are willing to bet on getting those updates though is another matter.

The THL 500o is available on line now from $269.99. Thanks to chinavasion.com for providing us with a review sample.

Next We expect 1.5 to 2 million Android One handsets to be sold this year in India, says MediaTek