After a lot of teasers and consequent hype, OPPO’s N3 launch date is finally more than a rumour. It has been learnt that the camera-centric N3 will launch on the 29th of October in Singapore.

It could come in other markets before that, but that’s what we know for now. The N3 will replace OPPO’s N1 which launched in September last year. Like the N1, the N3 too will target shutterbugs. 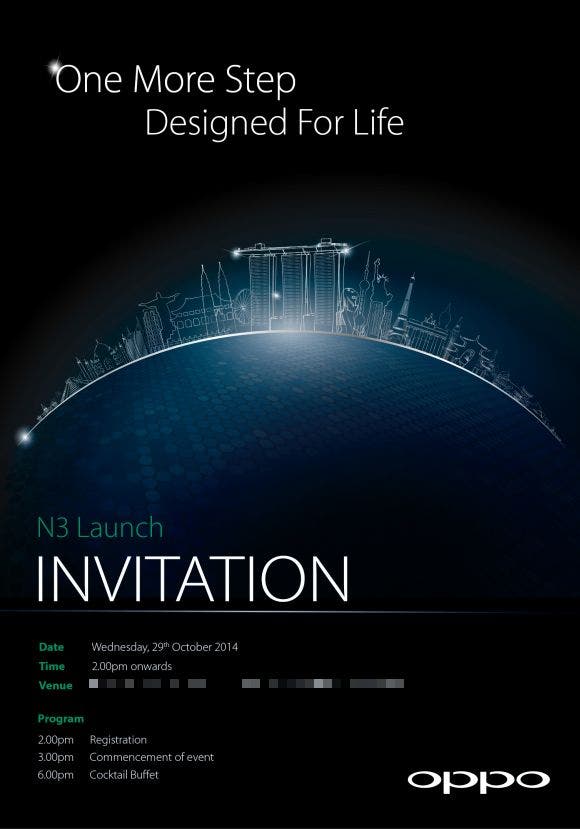 A couple of renders, one that portrayed the N3 with a cylindrical head, and another one that refuted the former and depicted a more N1-esque design had been making rounds prior to this. It is still not clear what design language the N3 will adopt.

The N1 wasn’t the most powerful device at the time of its launch, so don’t expect the N3 to intimidate the biggest guns. For all you know, the N3 could come with the Snapdragon 801 and 2GB of RAM; it’s better to wait rather than speculate more at this point.

In related news, OPPO has been expanding to shores new with it’s latest flagship, the quad HD Find 7. What do you expect from the maker this time round?