A lot of popular phones from late last year and early this year have been getting 4G LTE updates. While companies aiming at a budget-friendly audience have been making use of the new 4G LTE MediaTek MT6290 chip, others have been shifting to Qualcomm Snapdragon-based SoCs.

OPPO’s smartphones aren’t usually too pocket friendly (in context), and hence there’s a shift to the Snapdragon series. The OPPO R1 from December last year is now called the OPPO R1L; giving the MT6582 a ditch, the phone now utilized the services of a 1.6GHz quad-core Snapdragon 400 chipset, as seen on the Xiaomi Redmi 1S (minus LTE). 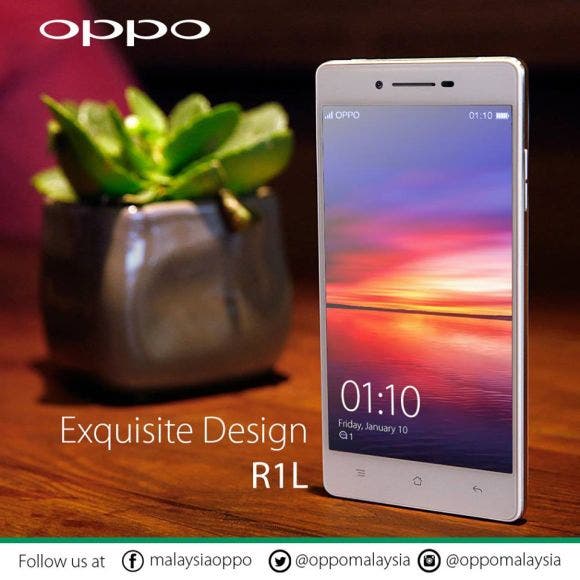 As you might have noticed, the device also gets an update on the rear camera sensor that it uses. The R1 came with an 8 mega-pixel unit while the R1L now does an impressive 13 mega-pixel with an f/2.0 aperture.

One thing that OPPO will have to work on in the coming months is software. ColorOS is generally not everyone’s favourite choice of ROMs, and to add to that OPPO are usually late on delivering updates with new iterations of Android. Although OPPO’s hardware quality is indeed something the company should be proud of, their devices aren’t the most affordable considering the specs set they feature.

This Snapdragon 400 powered device costs RM1,198 in Malaysia or roughly US$370. Read more about it on OPPO’s listing.

Next Bummer: OnePlus One StyleSwap covers no more!