It’s just been learnt that one of OnePlus One’s coolest features — StyleSwap covers — will no longer be produced. While at the launch almost 5 months back, we totally loved these and had been waiting for availability to commence ever since.

OnePlus cited ‘production and quality’ issues as the reason why the company wasn’t going to continue making StyleSwap covers. It was mentioned that the only StyleSwap covers that were made, Bamboo, had quality issues and that the number of those that passed QC wasn’t enough to mass produce them. 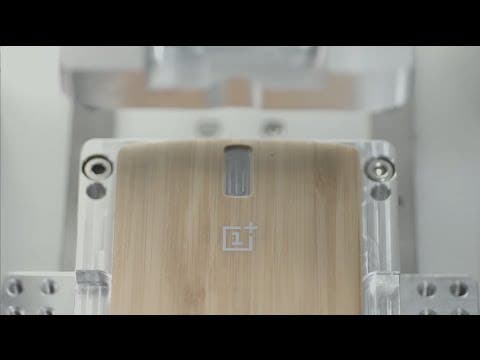 Users have also reported that removal of the rear cover is a complicated and tricky process, which seems to have aggravated the issue. OnePlus had announced previously that the company is selling their only phone in the market, the OnePlus One, are near-cost and that accessories is where they would be making profits.

The StyleSwap covers were earlier delayed, marking one of the many hurdles OnePlus has had to face.

If it’s any consolation, a ‘small number’ of OnePlus One Bamboo StyleSwap covers that have already been produced will be made available for purchase. Of course, there’s no word on how many of those exist and will sell for how much (US$49 is what they should cost, though).

Users of the OnePlus One have also had issues with the Sandstone Black rear case, where some reported about the foil coming off, exposing the underside of the cover. Those that have faced the issue can head over to the special forum (need to be logged in to your OnePlus account to see the thread) dedicated for case replacement.

Do you feel OnePlus could’ve handled the situation better? Like they say, the first impression is the last impression… and although OnePlus did an immaculate job with the One itself, the company could surely have done with better management.

Next Was your wait for the OnePlus One worth it or did you buy something else?