Earlier this week we received a KingSing S2 sample, the phone that wants to be your LG G3 wannabe. Here are our initial hands on impressions.

The KingSing S2 has been leaked in various renders, photos and we have seen a few of the more interesting features of the phone promoted online. Just to recap then, the KingSing S2 is a 5-inch Android smartphone based on a MT6582 quad-core processor and 1GB RAM. This is pretty standard stuff for a mid-range phone for the $130-$150 price point, but there are some added features thrown in too. 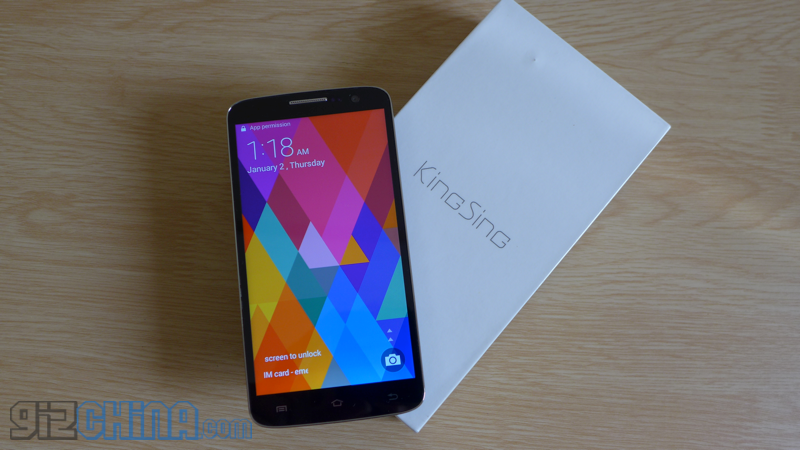 The S2 comes equipped with a heart monitor build in to the rear of the phone next to the camera flash, there are also plenty of features in the custom Kitkat ROM too including quick wake, eye monitoring, and air gestures.

KingSing have also given the S2 all its physical controls, volume rocker and power button, on the rear of the phone just like the LG G3. This all makes for an interesting phone on paper, but what is it like in the flesh?

Removing the phone from it’s box we see that KingSing have gone to a little extra effort to ensure it looks good still when it arrives with you. There is a screen protector already fitted, the phone is packed in a bag and surrounded with foam, the the rear panel also has some protective film added just for shipping. 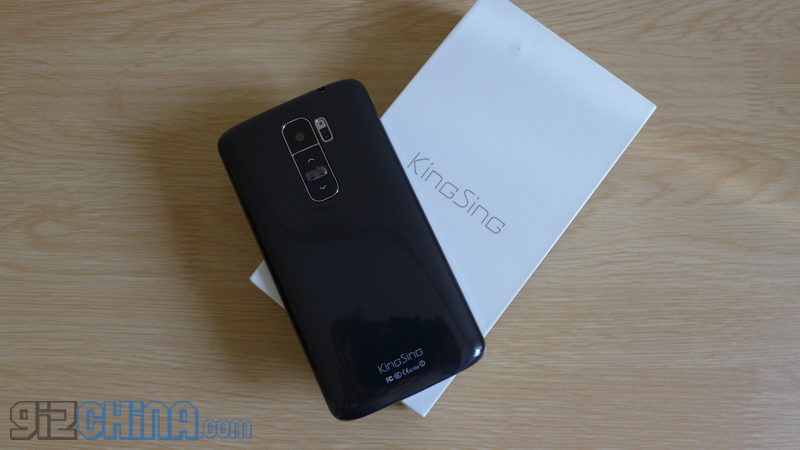 Take all this off and you are left which a glossy and rather nice looking smartphone (for the money). It is only on closer inspection that the price of the phone is really notable. For example the join between the rear panel and metal frame has a gap of around 1mm in the base, and the rear camera sensor and LED flash look quite cheap even for a phone of this price. 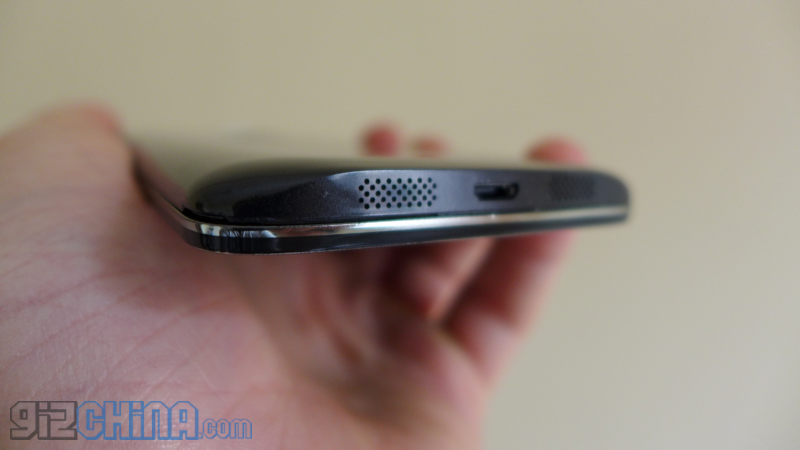 Also in the box we find a KingSing brand flat USB cable, and EU charger. For those of you buying the S2 as a first Android phone, you will be happy to see that there is a description of the phone in English printed on the inside of the box. 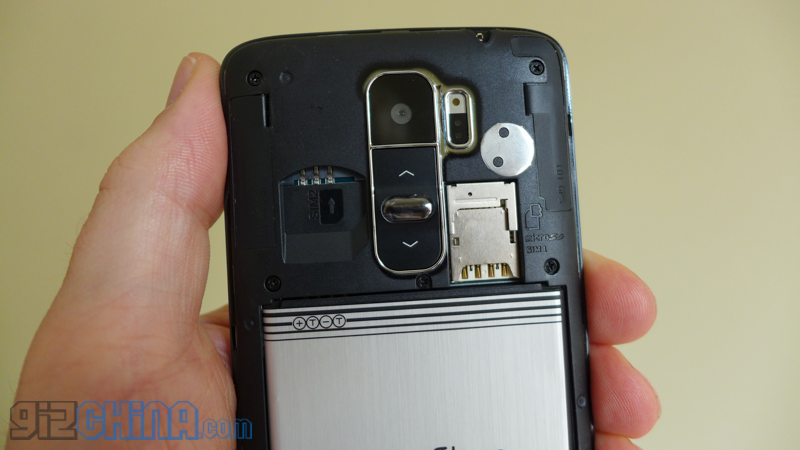 Before you can turn the KingSing S2 on you will need to remove the rear panel and take a small piece of sticky tape of the battery so that it can made a connection. While under the hood you can see there is space of dual SIM cards (3G or WCDMA) and room for a 32GB SD card.

Certain parts of the S2 look really good. The glossy rear plastic panel looks good and is made of a sturdy material which does not bend of flex easily. However, it also doesn’t quite fit the phone properly either (see above). 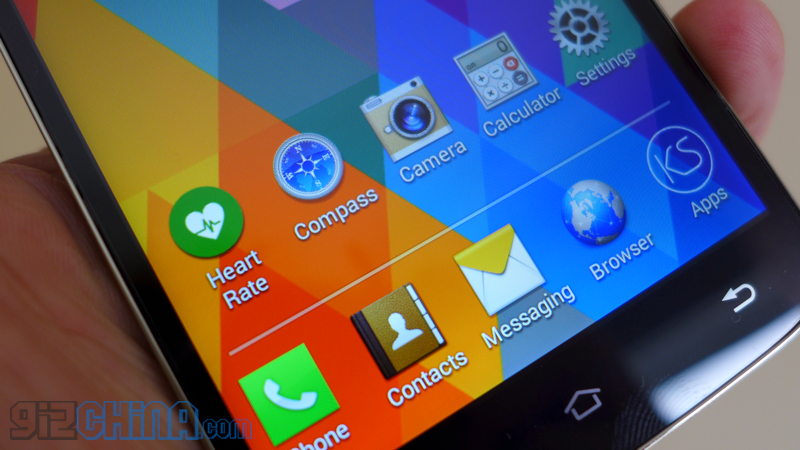 The front of the phone has a 5-inch display, which isn’t as bad as the 960 x 540 resolution might have you believe, touch response is another matter though and we found the screen struggle to keep up with what your fingers are doing. This could either be a poor quality digitizer or it should be the fact the ROM is just overloaded with widgets and apps as standard that the quad-core processor and 1GB RAM simply cannot keep up.

I know that if you have read our review of the IUNI U3 or OnePlus One you will have noted that we were a little disappointed with the lack of features in their ROMs, however these are powerful phones with 3GB RAM and top of the range Snapdragon 801 processors. Here we have the KingSing S2 packed to the brim with features in it’s ROM and the hardware simply cannot keep up. 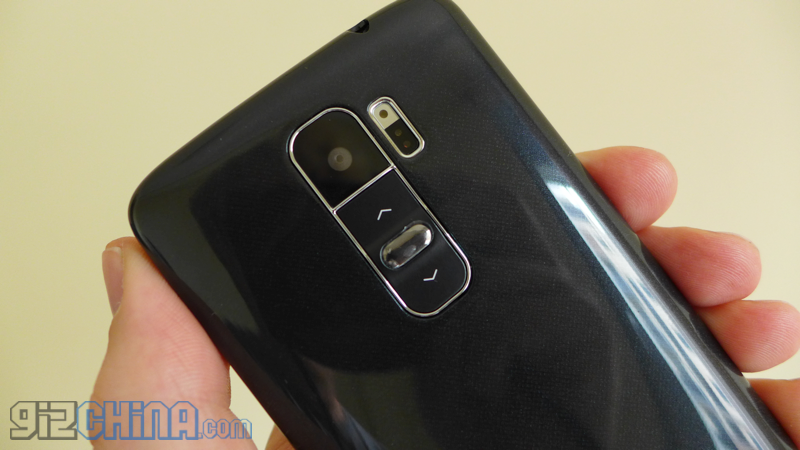 The speed of the phone continues to be an issue when taking photos. The 8 mega-pixel rear sensor is just a basic unit, but does have a nice interface and good features. The problem is the focus takes a few seconds (yes, seconds) to lock on and 50% of the time is locks on to nothing leaving a blurry image. Capturing and saving the photo is then equally as slow. 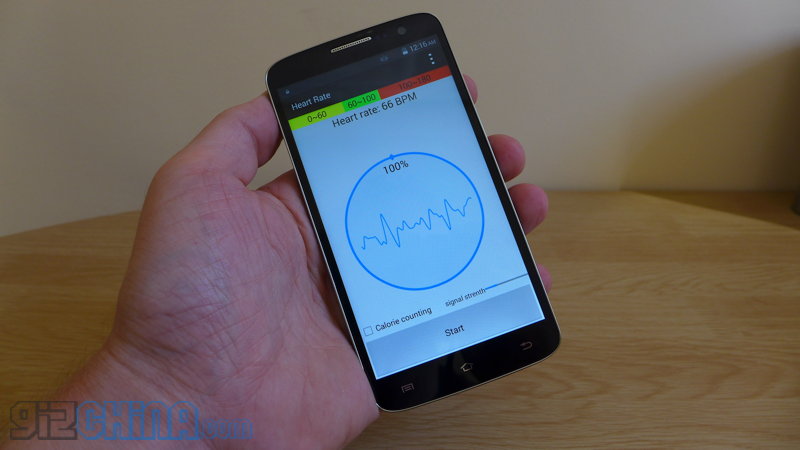 As for the heart rate monitor, well it is hard to tell if it is actually reading my pulse of if it is just an app design to look like it is reading my pulse. Accuracy pretty bad with my heart rate ranging from 90 – 50 bpm while sat at my computer. I think you would have more chance of getting things right just by simply making a number up! 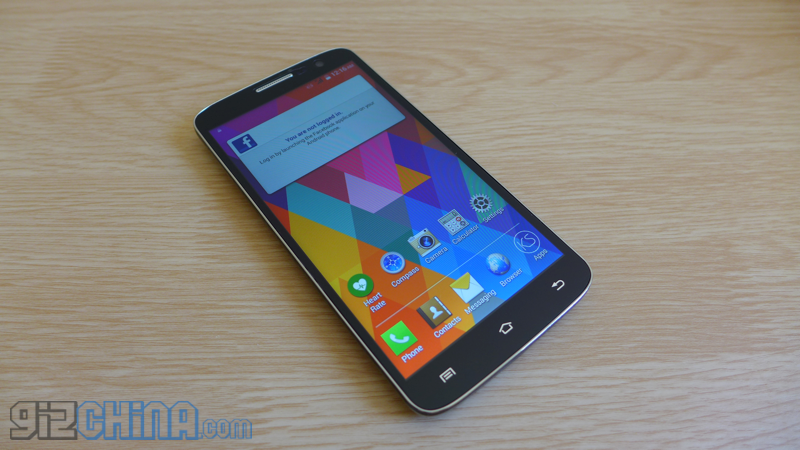 Another feature that the leaks promised were narrow bezels. As you can see in the photos the bezels aren’t huge but they aren’t thin enough that I would say that the S2 has a size advantage over similar size phones.

We will put the KingSing S2 through its paces and report our full findings in a full hands on review. So far though I can tell you all that the phone itself looks rather nice, but has a few build issues. 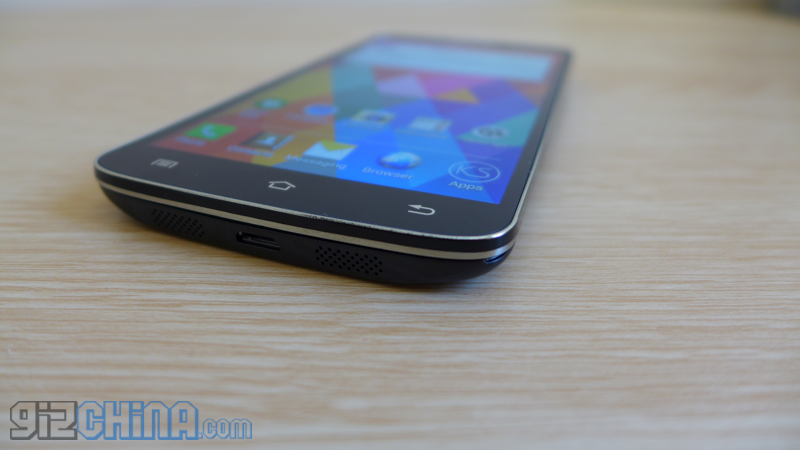 The ROM needs some serious optimisations, or even better a simpler, more polished ROM should be offered for users who want better performance rather than features.

Next Gionee GN715 launches with Snapdragon 400 SoC, LTE on board