Just look at the image above and you will see the two very similar looking UMi Zero and DOOGEE DG900 smartphones. Are looks more than skin deep on these two Chinese smartphones, or is the premium price of the UMi worth the extra.

It is quite common practice for Chinese phone makers to use the same design as one another when launching a new phone. Usually this happens either by simply buying in their phones from the same OEM factory or by cloning one another.

In the case of the UMi Zero and DOOGEE DG900 the phones both looks the same but as they are made from different materials we don’t know if the two companies worked together on the design or that it has all been an amazing coincidence.

From the sides and rear the DOOGEE DG900 and UMi Zero both look like the slender Gionee Elife S5.5, but with the front of a Nokia Lumia phone. Beyond the looks the two phones are different in material and hardware. Let’s take a closer look!

We have heard quite a bit already about the alloy bodied UMi Zero, so this time around let’s start with the DOOGEE DG900.

Starting with the body, the DOOGEE DG900 is a plastic bodied phone available in either all black, while or a mix of while with gold sides. Plastic might sound cheap compared to an alloy body, but even high-end phones such as the Oppo Find 7 and Vivo Xshot still use a mostly plastic shell. Not that it matters much with the DG900 though as the only plastic you will feel is along the edges and the front and rear of this phone are covered in 5-inch Corning Gorilla Glass 3 panels. 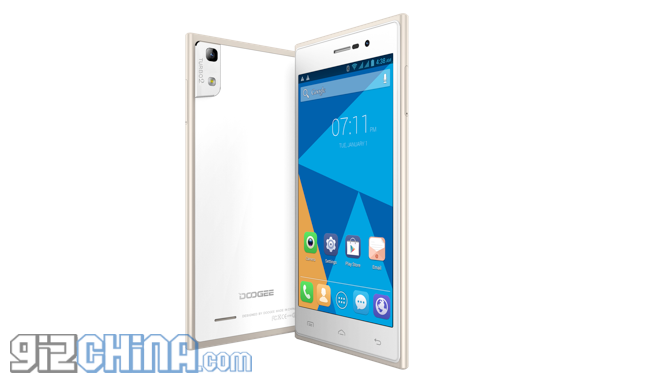 The front sheet of Gorilla glass is layered over a 1920 x 1080 FHD display, not a Super AMOLED but an IPS panel. The rear panel is fitted over a rear touch sensor to scroll through menus and snap photos with a tap of the rear. True one handed operation.

Camera’s on the DOOGEE are right up there too and according to specs the front is an 8 mega-pixel and rear a 16 mega-pixel. I think you will probably find that the sensor are actually 5MP and 13MP, still more than good enough.

If you are reading this then the chances are you have already read up on the overall specs of the UMi Zero and will know them quite well. If you have missed the detailed specs then we basically compare them to a more polished version of the spec found in the DOOGEE DG900. 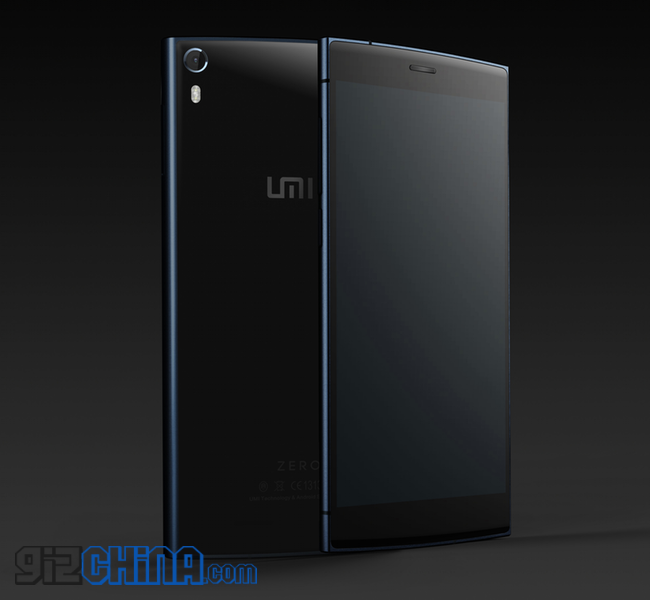 What that means is that we get the same overall design and dual Gorilla Glass 3 panels, but the bits in-between have been tweaked slightly fore more performance and a higher quality finish.

To start with the body on the Zero is of “Superbody” construction which is basically what UMi are calling their all alloy chassis. The screen, while a 5-inch 1080FHD unit is a Super AMOLED model, there is fast charging and the octacore Mediatek MT6592 processor is the Turbo SoC running at 2.0Ghz.

The rest of the features are very similar to the DOOGEE but lacks the interpolated camera software, and rear touch panel.

So we have two very similar phones with similar hardware so which to buy? Well the DOOGEE DG900 has a rear mounted touch panel and interpolated camera software, although the main stand-out feature is the price at which is just $229.99.

The UMi Zero is the same phone with a little more work gone in to the finish and specification. The alloy body is a nice touch, but I’m not sure it is worth the high-price. What is good though is the Super AMOLED display and the fast charger features, but for $299.99 I would have like to have seen LTE included.

In the end the choice is up to you. If you were to choose between the DOOGEE DG900 and the UMi Zero which would you buy and what are your reasons? Let us know in the comments below!