The 1980’s were a time of huge cell phones, huge hair and amazing super cars. Fortunately we can relive these years without the silly phones, and daft hair though the latest version of Asphalt, Asphalt Overdrive.

Mention anything to do with the 80’s and you will instantly draw in my attention. I love 80’s movies, 80’s music, but most of all I love the cars of the 80’s. I grew up dreaming of the Lamborghini Countach, pink neon lights and shoulder pads, and now I have them on my phone thanks to Asphalt Overdrive.

Overdrive is the latest in the long running Asphalt racing series of games, which see you taking to the streets in your choice of super car. This time around the twist is you get to the chance to rally around in cars of yesteryear, avoiding obstacles and performing stunts to earn points. 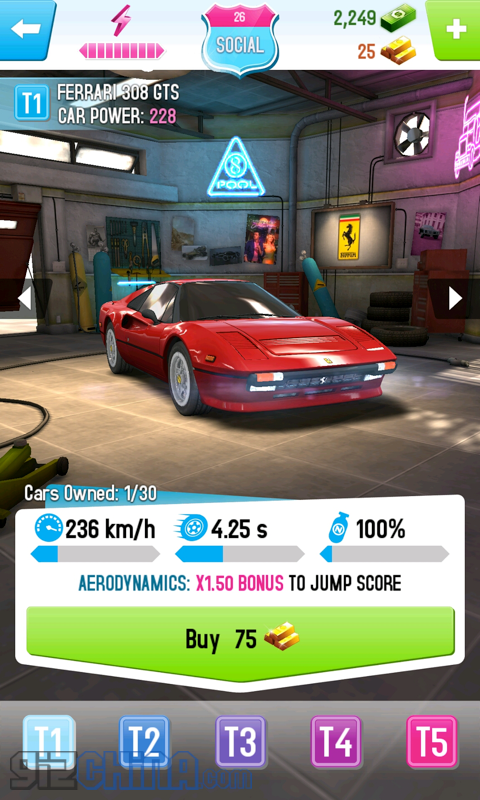 Gameloft have made Overdrive a free to download game, but hope that you will be making in app purchase to make a profit. Once you initially download the game from Google Play you will need to download an additional 79.54mb of game data, so make sure you are connected to WIFI and that you have enough free space on your phone.

When you first start up the app and the game data is downloaded you are put though a short demo of the game which teaches you how to maneuver. I was expecting a standard racer which would have me tilting my phone from side to side and drifting around bends, but instead what we have is a simple swipe based gameplay. 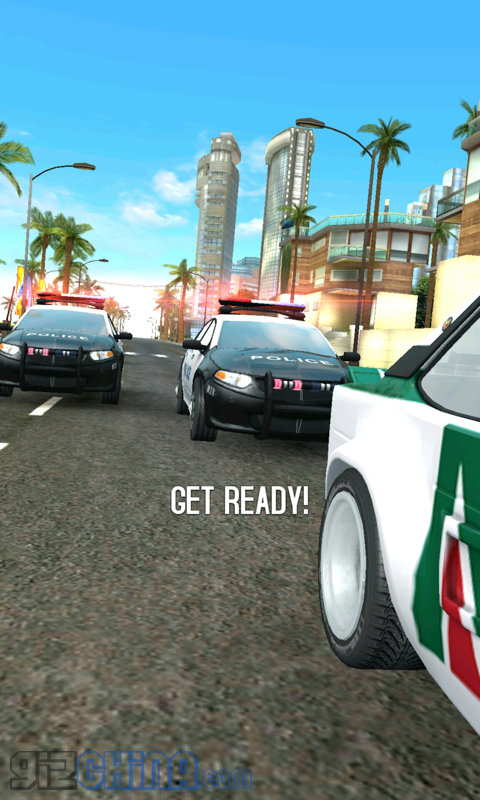 Basically what we have with Asphalt Overdrive is Temple Run style game play. The car will automatically drive along the streets while you are required to swipe from left to right to avoid traffic islands, roadblocks, other road users and the police.

Narrowly missing an obstacle sees your points increase, as does ramming the competition out of the way. Swiping while hitting a ramp will perform a stunt and recharge your nitro bar that can be activated for a short burst of speed by tapping the screen.

The more you race the more stars you can achieve which can be used to unlock more features and other racing styles. The default race mode is Getaway where basically you have to avoid the police. Other game styles are Stunt Run, Destruction, Restricted Run. There is also a daily test drive and a time attack mode coming soon.

Fans of 80’s cars, TV and movie will simply love Asphalt Overdrive. Choose from Fiat Abarth rally cars, a Delorean (Back to the future), Pontiac Firebird Trans AM (Kitt), VW camper van, Mustangs, GMC Vandura (A Team), then there are also a great choice of super cars and more modern vehicles.

Unlocking cars requires you to unlock different turf areas, or buying them through in app purchases

Asphalt Overdrive Review – In the game

Although I was initially disappointed that this was a swipe based game rather than a real Android racer, this method of gameplay does have its advantages. Each race only takes a few minutes meaning that it is simple to pick up through the day to pass the time without the worry you will have to pause at a critical point. This makes it perfect for gaming while waiting in a queue, on the bus or for a quick session while the boss isn’t looking. 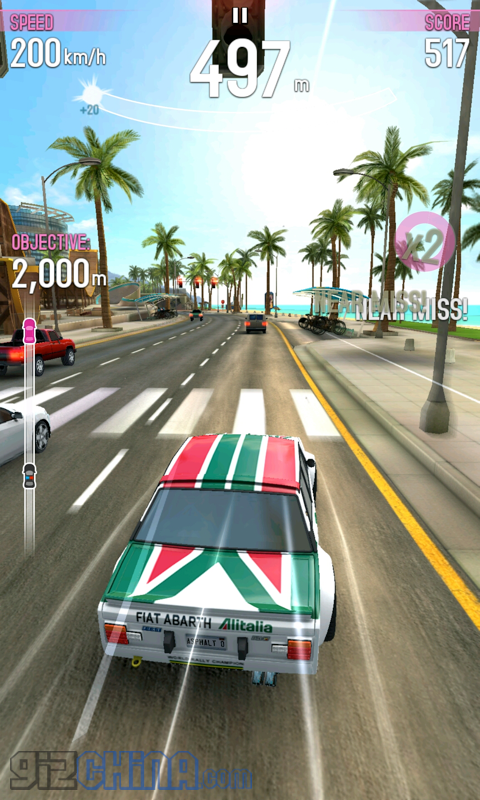 It’s a very simple game and increases in difficulty steadily meaning anyone can pick it up and enjoy it without having to spend time getting in to the swing of things.

The basic idea of the game is that you have an energy bar, the longer you have this bar for the longer you can continue the game, but as soon as it runs down the police will have you in cuffs. To keep going you have to play smoothly and increase your distance by gaining more nitro and staying ahead of the police. There is also an option to buy gold bars with in app purchase and use these bars to help increase your energy ahead of each race.

We have seen better car models and graphics from Android games, but for a free game they are good enough. Through out our testing the game ran smoothly on both Mediatek MT6595 and Snapdragon processors, with no issues with network connection, however there are reports of network bugs in some regions around the world.

Load times between games are rather slow which is a little annoying and swiping from car to car in the dealer menu can also be a little unresponsive too. In the game though controls are very good.

If you are a fan of 80’s cars, or old Arcade games then you will enjoy Asphalt Overdrive. It isn’t a hardcore game that you can spend hours and hours playing, but to brighten up a few minutes during the day it is a great little game. 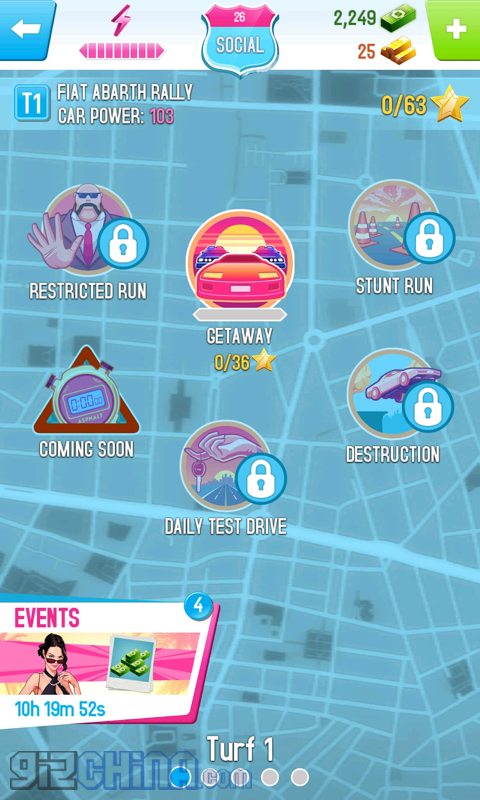 I hope that future updates of the game can bring more cool 80’s cars and hopefully a few other iconic movie vehicles.

You can download Asphalt Overdrive from the Google Play store.

Do you have an Android app that you would like us to review? If so feel free to contact us.