Android One is Google’s attempt to bridge the gap between components manufactures, OEM’s and themselves in the attempt to bring the very best equipment and user experience at a low-cost. So how does Android One compare to similar priced Chinese Android phones?

For the purpose of this comparison we are going to focus on the $100 Micromax Canvas A1, one of the first Android One phones to go on sale. Just like Chinese smartphones the A1 is very affordable and comes off contract.

Representing Chinese manufacturers we have phone from DOOGEE and Elephone with prices ranging from $85.99 to just $89.99, so already the Chinese phones are in the lead for price!

Micromax Canvas A1 Specs and features

With the help of Google Micromax have managed to produce a phone not to dissimilar from recent Nexus devices, well at least in terms of design and the stock Android install. 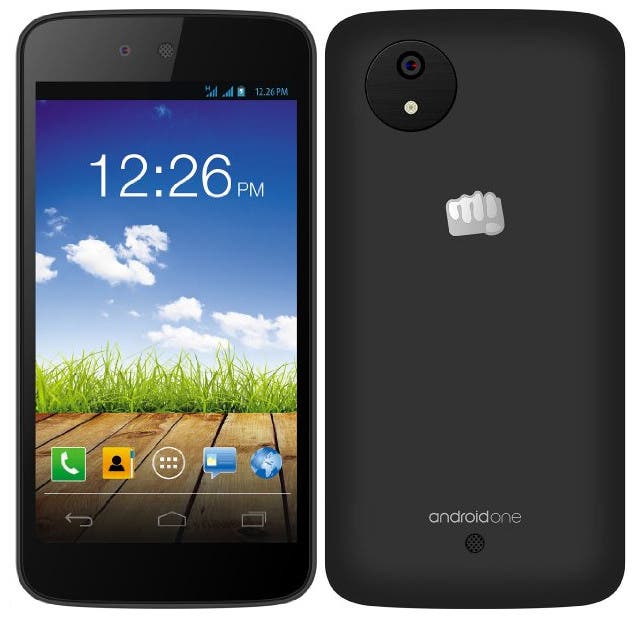 At $100 the Canvas A1 is a spectacular looking deal with Android 4.4, a quad-core processor, micro SD and dual SIM, however keeping the price low we get a rather low resolution 480 x 854 resolution display (which isn’t great even on a smaller 4.5-inch display), there is only 4GB of internal memory and the removable battery is a tiny 1700mAh cell.

So that’s the Android One out of the way, now let’s see how the Chinese rivals compare.

DOOGEE have spent this year concreting their position as one of the masters of low-cost Chinese phone. The design of the DG310 is simple but functional and isn’t dissimilar to the Xiaomi Mi2S from a few years back.

The DOOGEE is larger than the Micromax A1 with a 5-inch display, but unfortunately the same low 854 x 480 resolution. The good news is it is an IPS unit so you do get very good viewing angles. 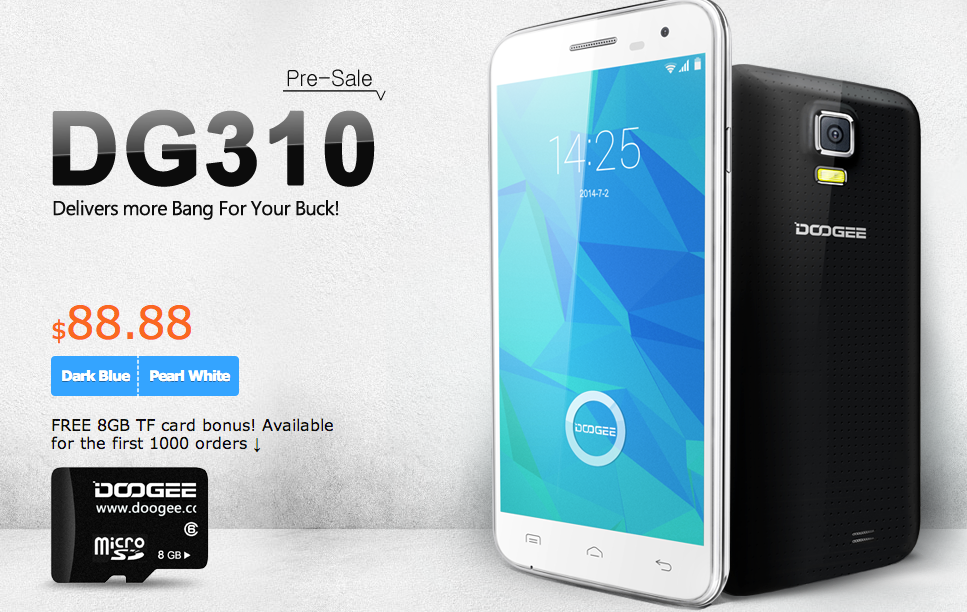 Costing only $88.88 the DG310 is quite a chunk cheaper than the $100 Android One phone, but interestingly has very similar hardware. The processor is the familiar 1.3Ghz octacore MT6582 unit, there is 1GB RAM, 8GB memory and Android 4.4 Kitkat and we still have space for dual-SIM and micro SD card.

Although only 7.9mm thick the Doogee has a large 2000mAh removable battery, so you should be looking at a longer stand by and run time than the Android One phone.

Next up we have the Elephone G4, this $89.99 Chinese smartphone again would save you a nice slice of change of the Canvas A1, and again has a similar level of specification including a quad-core MT6582 processor and 1GB RAM. Unfortunately there is just 4GB of internal memory so like the Canvas A1 you will have to rely on the Micro SD card for storage space.

Where the Elephone G4 really shines though is with the 5-inch display which has an impressive resolution of 1280 x 720. The HD panel is also an IPS model so great viewing all round.

Android 4.4.2 Kitkat comes as standard on the G4, and again we get a few neat features including quick wake gestures. And Finally the battery on the Elephone is the largest of the bunch at 2050mAh.

Android One Canvas A1 vs DOGEE DG310 vs Elephone G4

The first Android One from Micromax is a step in the right direction. It has a nice design, a stock Android install and comes at a price we can all appreciate. But it is China who win this battle! Elephone and DOOGEE both offer better, hardware, larger batteries and at a lower price too.

If you are looking for a $100 Android phone we would suggest you stick with a Chinese Android phone for now, but also keep your eyes on Android One as the future if bright especially when Chinese phone makers start producing them.

What do you think of Android One? Which $100 Android phones have you been impressed by? Let us know in the comments below.