Oppo will launch the new Oppo N3 (along with a mystery device) on 29th October. Before Oppo make everything official though let’s go over everything we know about the Oppo N3 so far.

Oppo’s N series phones first turned up last year with the revolutionary Oppo N1. The phone packed features not seen in a Chinese smartphone before and also kicked off the camera centric phone revolution.

The N1 was most notable for its rotating camera pod, but it was also famous for it’s Oclick remote, rear touch panel and the fact it was the first phone to ever ship with Cyanogenmod ROM as an option!

Not all was good though. Although the rotating camera really allowed users to get creative, the image quality wasn’t as great as expected. The rear touch was more of a gimmick than useful feature, and many complained about the overall size and the use of Snapdragon 600 with no LTE.

We hope that Oppo have addressed these issues, and have put together a list of details and features we believe the Oppo N3 will have once launched. 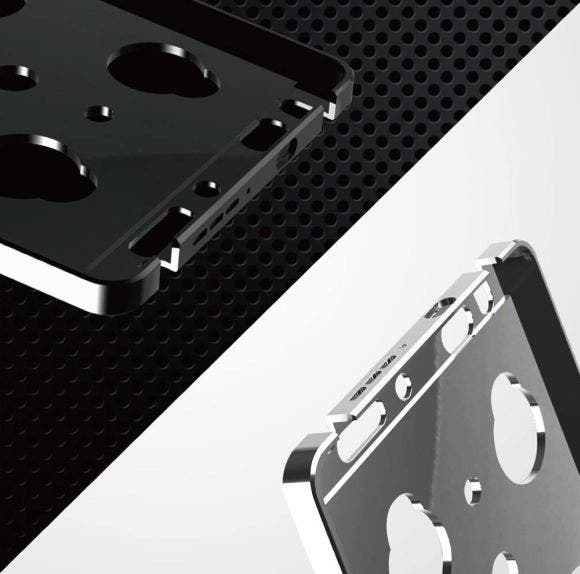 Alloy is the new black. Meizu ditched steel in favour of alloy in the MX4, and Oppo are believed to be using a new alloy to create a lightweight frame for the Oppo N3. Teasers have pointed out that Oppo could be using a Lithium alloy in the N3 which could seriously reduce the heft of the new phone. The new alloy is also likely to be found on the mystery Oppo that could measure only 4mm thin! 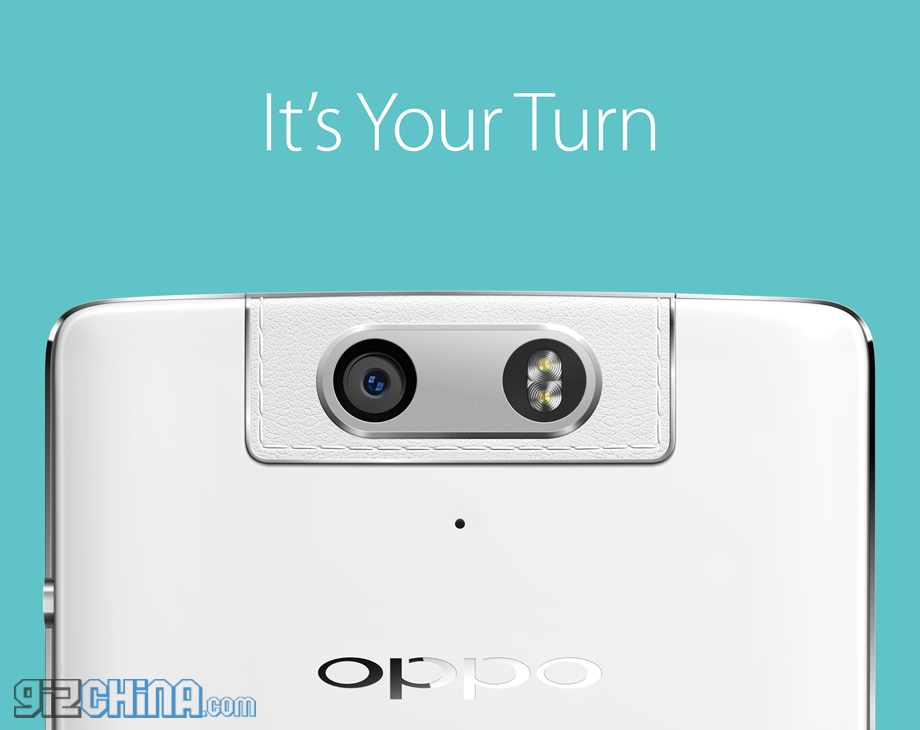 Sources claimed early on that Oppo would utilise a 20.7 mega-pixel rear camera in the Oppo N3, but that was soon proven to be false after Oppo CEO and then Oppo stores started to list a 16 mega-pixel will be used. It’s unclear who will be manufacturing the sensor, but we do believe the phone will have a 1/2.3-inch camera sensor.

Oppo tend to do things a little differently to other smartphone makers, to rather than leaking images of video of the N3 they just went right ahead and released an official video showing the Oppo N3’s camera action.

The video shows the camera pod on the N3 moving automatically, a detail confirmed by sources who say the N3 features a motorised camera pod. How will this be a useful feature? Well it may help when creating panoramic photos, and there might even be a feature to track motion, but in all honesty we will have to wait to see what cool features Oppo have planned.

Everyone who I have asked about the touch panel on the Oppo N3 has said the same. They had simply disabled it after an initial play around. Oppo has obviously learned this and have decided a fingerprint scanner might be more appropriate on the rear of their phone. 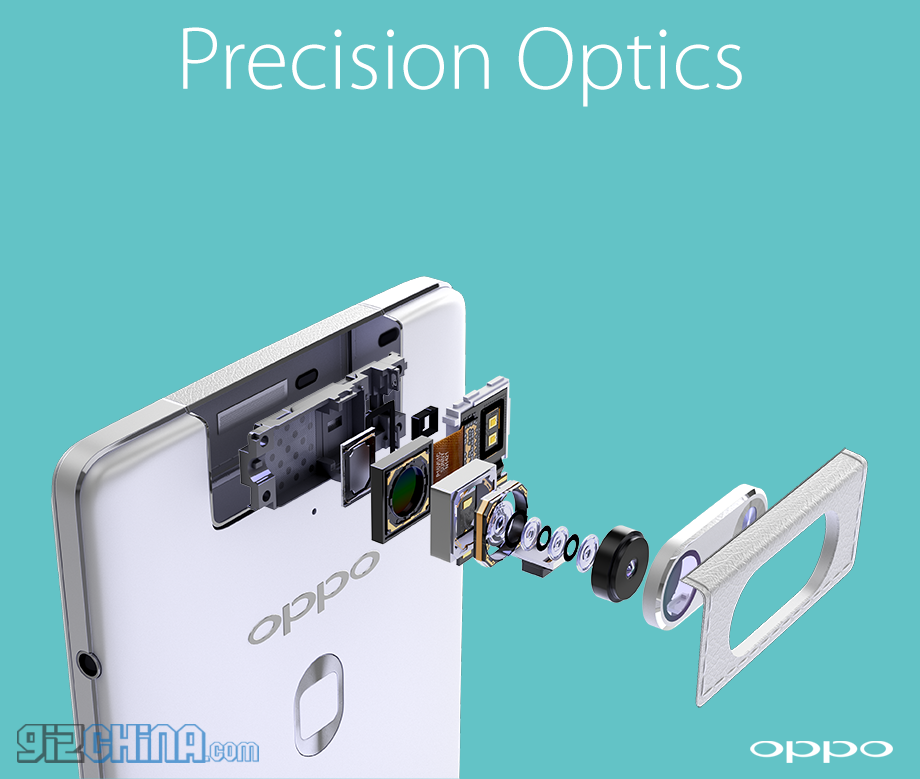 Official teaser images of the Oppo N3 show what looks like a fingerprint scanner, but then again it might be a rear power button volume rocker set up like the LG G3.

Oppo recently released ColorOS 2.0i for the Oppo Find 7. This updated ROM finally brings Android 4.4 Kitkat to the flagship Oppo phone, and we see no reason why we won’t see the same treatment for the Oppo N3.

As you can see we believe to know quite a bit about the camera features and body of the Oppo N3, but we can only guess at what Oppo might have in store for the actual hardware powering phone. 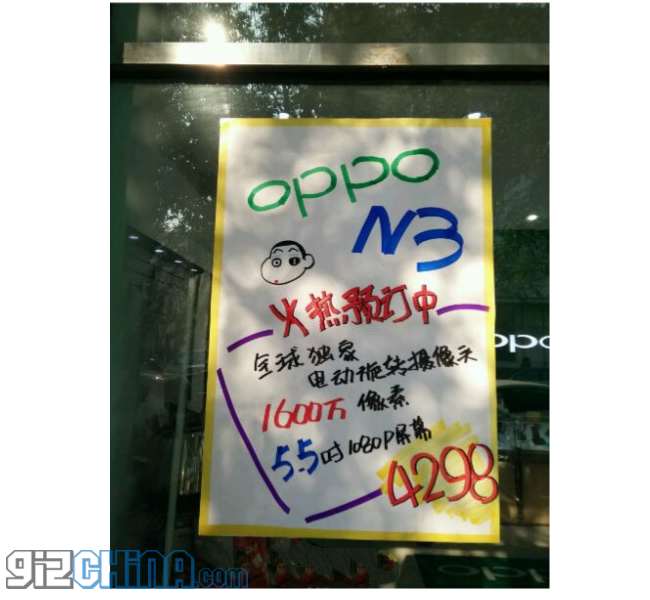 Qualcomm are likely on board again and a Snapdragon 801 seems more than enough for the camera centric N3, as does 2GB RAM. Sure a more powerful processor and more RAM would be nice but we don’t expect Oppo will want to eat in to Find 7 sales (it is the flagship after all).

Don’t expect CyanogenMod this time around, but VOOC fast charging should be there along with MAXX Audio and LTE. 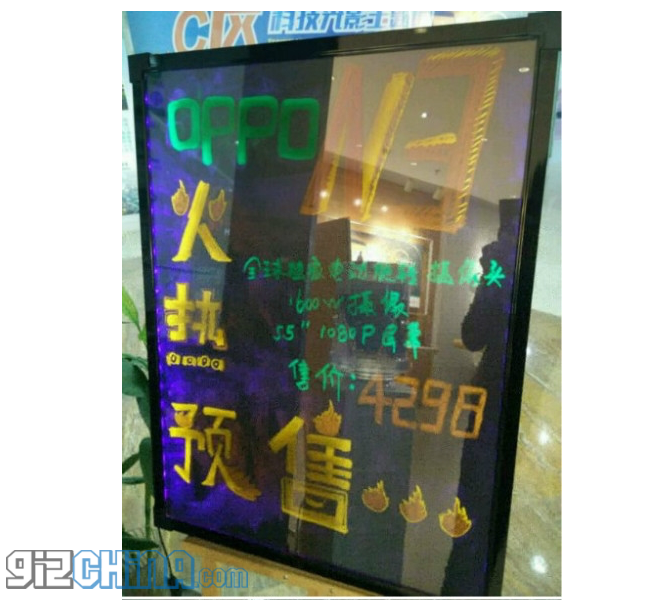 Oppo will launch the N3 in Beijing on the 29th October. Pricing according to Oppo stores in the country is expected to be 4298 Yuan or about $700! Not a cheap phone, but hopefully one worth buying.

I really did love the Oppo N1, it was a great, fun phone, and I will certainly be watching the launch with a view to purchase one. I just hope that Oppo’s design team have been able to reduce the overall size of the device somewhat and booth image processing. Will you be planning an N3 purchase or are you more interested in the mystery device they have planned?

Next 64bit Gionee F301 promises to bring us low-cost LTE