The idea of a rugged smartphone is great, it means you can use your phone and keep in contact even when climbing frozen water falls or simply strolling the rain, the issue we have had with them (till now) is their terrible specs! Thank goodness for the Green Orange T1!

Green Orange, some of you might remember, aren’t quite as well-known as other phone companies, but those of us who have come across them have seen the great design and build they are capable off.

Usually Green Orange make high-end phones with slender alloy bodies which run their own custom UI. The new Green Orange T1 is a departure from this as it’s their first rugged, rubber phone, and possibly the only outdoors smartphone I would actually be happy to buy.

Usually rugged phones like this get dire specs! Anything from 512mb RAM to a single processor with 2 mega-pixel cameras. Even the very worst of them still cost a small fortune though and are simple not worth buying.

Green Orange have seen the gap in the market and have taken after it with the T1. The body of the phone has that similar rubber look which is easy to grip with wet, muddy hands and will go some way to protect the phone if dropped. 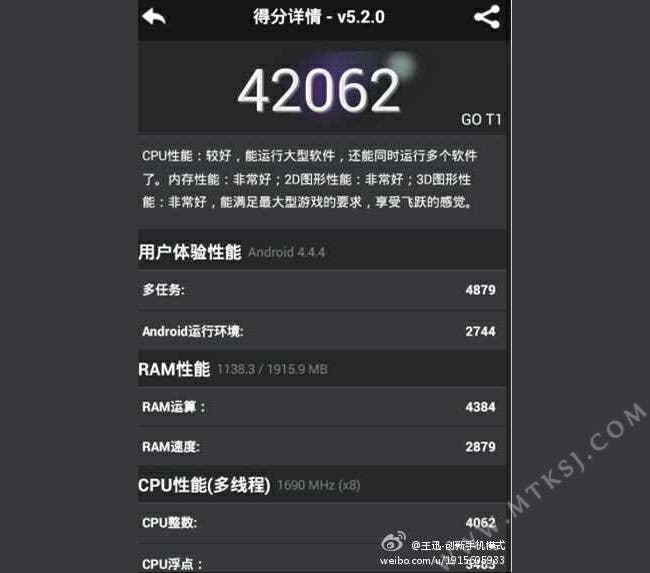 We’re not sure how rugged the phone will be, but performance is something else with an Antutu benchmark of 42.062! Green Orange have used 2GB RAM and a 64bit LTE MT6752 chip to get that score.

What remains to be seen is the price, the durability and availability, but so far so good!

Previous Zopo 3X: Zopo rename their flagship and offer it for $100 less with 16GB memory

Next More Meizu teasers, another leak and is $522 really the price of the MX4 Pro