We review the Tronsmart T2000, a simple to use streaming dongle and competent Chromecast rival.

Over the past few years the popularity in Android TV boxes has boomed, yet the most feature is often to simple stream content from other devices, and there is a better alternative! Streaming dongles, like Google’s very own Chromecast, have become big business, and while they don’t offer the apps that a regular Android dongle or box might, they are very simple to use.

For €35 the Tronsmart T2000 is a great way to stream your Google devices to your TV. Tronsmart might be new to the Chromecast scene but they are one of the major players in bringing Android to your living-room and already had major success with their Android boxes. So let’s see if there know how has converted to a decent Chromecast like experience.

Usually a USB dongle doesn’t come with much out of the box, but we were happily surprised by the Tronsmsart T2000. In the box there is a nice quick start guide, USB cable and even a HDMI extension cord. The inclusion of a HDMI wire is actually really great news as not everyone has space for a dongle in the back of their TV (especially if you have yours mounted to a wall). The USB cable is there for powering the device, and the Tronsmart T2000 can also support USB memory sticks and offers MHL for wired keyboards etc.

The Tronsmart T2000 is a black HDMI  measuring in at 9.5cm with  a width of 3.25cm. The height is just 11mm, which is fairly slim in our opinion. The body is made from black plastic, with an EZCast Pro branding on the top – nothing special. A small transparent line runs around the stick, which houses a status LED. On one side is a micro USB plug, which acts as a power supply port. There is a small switch next to it, which enables you to switch from power supply only mode to MHL mode. The Tronsmart T2000 is FCC and CE certified. And that’s pretty much it, there isn’t anything else to discover.

When comparing the hardware to a modern Chinese smartphone, the specs aren’t that exciting, but remember the Tronsmart T2000 is only for streaming at 1080p and that doesn’t need the latest hardware. Inside the black body is a single core processor, 256mb RAM and 128MB memory, enough of it’s intended use and enough for the OS (which appears to be based on Linux).

Getting this tech-toy working is fairly simple. Plug it into your TV, give it some power through the USB port and you will see the main screen of the stick, showing you its Wi-Fi SSID and password. Install the EZCast Pro App to your phone, tablet or laptop and connect to the stick using the app. Afterwards it will prompt you to set-up the Tronsmart T2000. The most important step is to connect the stick to your local Wi-Fi router, else the device connected to the stick won’t have any internet access. This means, the stick will act not only as a streaming dongle, but as a Wi-Fi repeater as well. Once connected, you can also check if there is any firmware update available for your Tronsmart T2000. It can be updated easily through OTA. 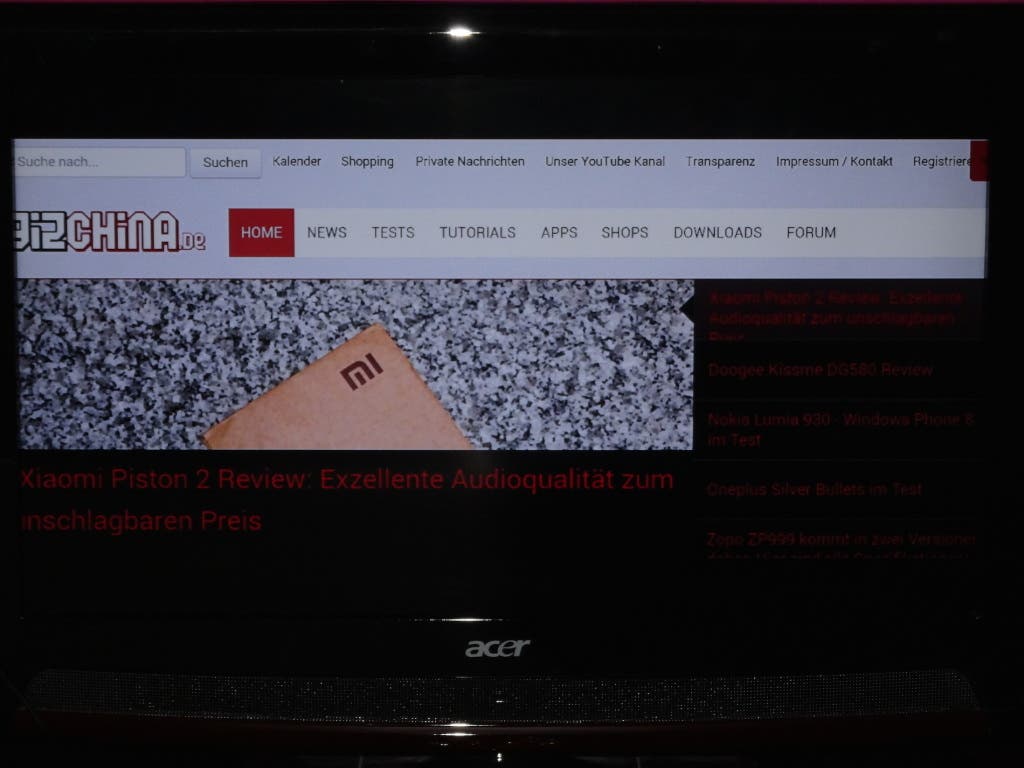 The Tronsmart T2000 supports a large variety of playback options, a huge benefit of this device over the Google Chromecast. The EZCast Pro app, is compatible with Windows, Android, iOS and Mac OS X, and allows you to stream web pages, pictures, music, videos, documents and even streaming content from sites like YouTube and Vimeo to your television. If you are using a Mac or any iOS device which supports Apple AirPlay, you can use this feature as well to stream videos, music and pictures, or even your whole computer stream to your TV. Mirroring the screen also works with the internal Miracast and DLNA features of Android. 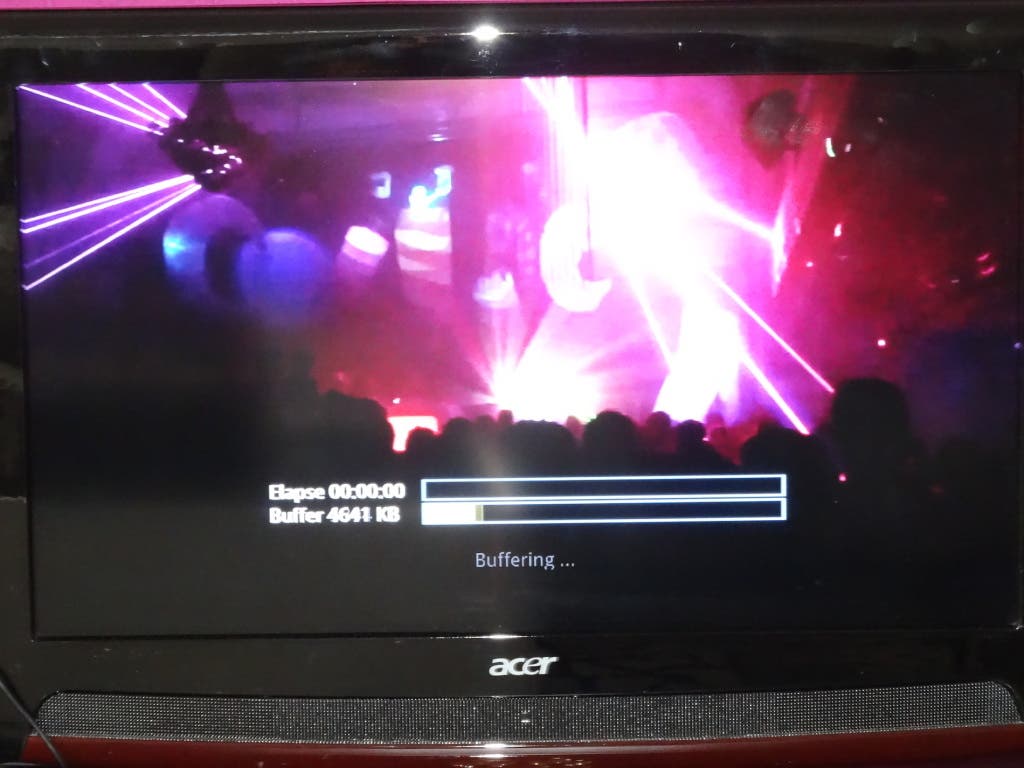 So the Tronsmsart T2000 offers you a whole host of streaming options and will work with many different products, but just how well does it perform?

Streaming a 1080p video from YouTube or the local storage over to the stick is perfectly smooth, without any lags and with great audio and video quality. Not everything works so smoothly however! Fullscreen mirroring is a struggle for the Tronsmart T2000, it works but its quite slow and not suitable for gaming or watching a movie. There are also issues with using AirPlay and streaming from a Mac resulting with significant input lag. 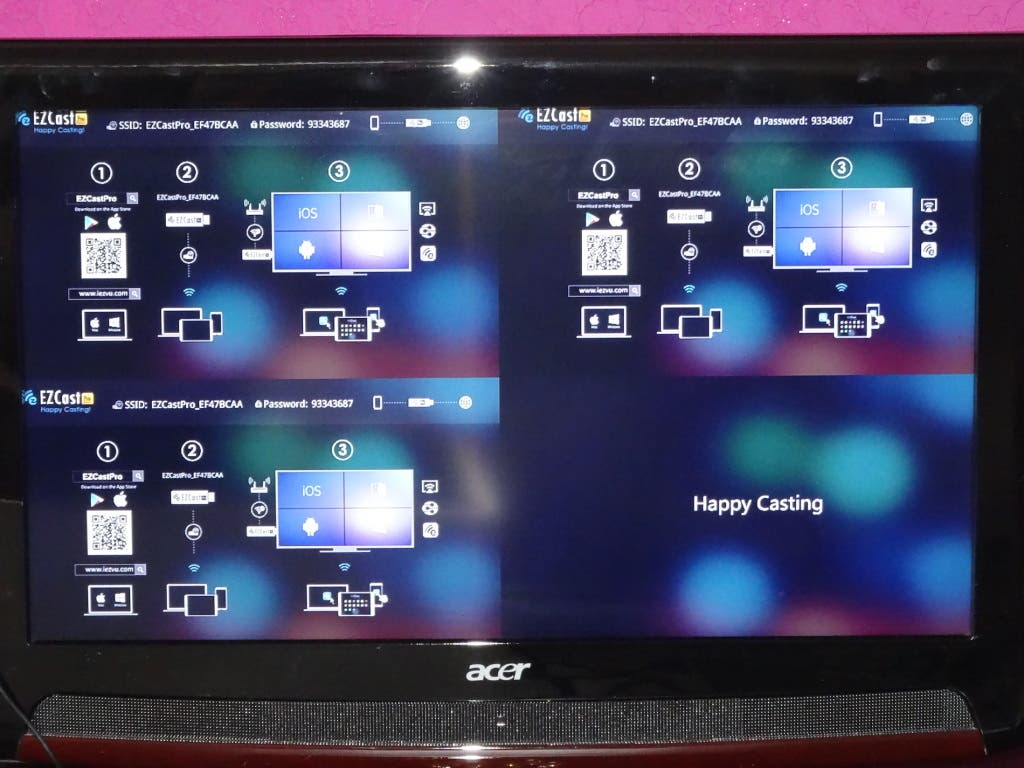 Of course these few bugs can be fixed with updates in the future, so just because they are present now, it doesn’t mean they will be there forever. In fact during the review period of roughly 2 weeks we’ve got two updates which improved the performance a little each time.

Despite the issues the Tronsmart T2000 is actually a useful and (to a certain degree) amazing little piece of kit for just €32 / $40. Is it better than the Google Chromecast? Well, this probably depends on what you need. If you need a lot of features in an affordable and simple HDMI dongle, go for the Tronsmart T2000. If your main interest is simple multimedia streaming, go for Google’s Chromecast. It really is that simple and there’s nothing more to say about it.

We’ve got the Tronsmart T2000 HDMI dongle from Geekbuying, thanks for that!

Next Vivo X5 Max confirmed to have 3.5mm headphone jack