If you want to wait for the Meizu MX4 Pro launch on Wednesday then close your eyes now as GFX Bench has revealed processor details.

Last week Li Nan revealed that the Meizu MX4 Pro won’t run a 64bit Mediatek processor or a Samsung Exynos 5433 chipset. Since then fans have been attempting to guess just which processor Meizu had decided to use.

Well the cat is out of the bag as the MX4 Pro has been spotted on GFX Bench sporting a Samsung Exynos 5430 octacore processor. The 5430 was launched earlier this year and was the first processor to be manufactured with the 20nm HKMG process, reducing heat, and power consumption. 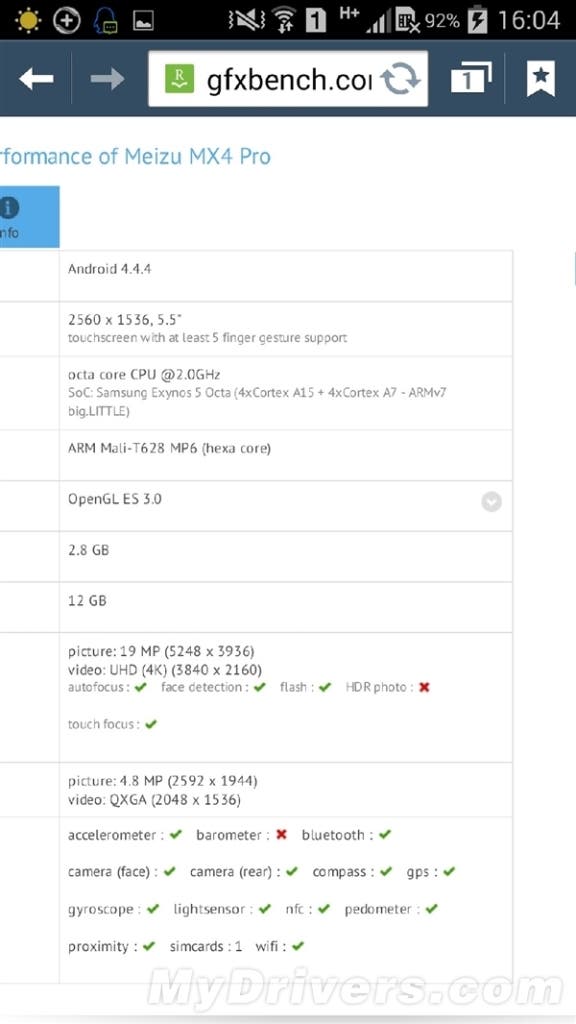 The database also revealed that the Meizu MX4 Pro has 3GB RAM, a 5.5-inch 2560 x 1536 display, 20.7 mega-pixel rear camera, 5 mega-pixel front and Android 4.4.4 Kitkat. These specs still need to be confirmed at the launch, but they do line up with previous reports for the device. All we need to know now is the battery size and what other special features the MX4 Pro might contain.

I am already in Beijing for the MX4 Pro launch so keep your eyes on GizChina for launch news.