Chinese start up phone maker Orgtec, have finally announced the full specifications and pricing for their all new 64bit WaPhone smartphone.

The WaPhone is a device that has cropped up in numerous leaks over the past few months, and now the phone has finally been announced with official specifications and pricing for the Chinese market.

In China the WaPhone is currently available for booking via online sale only, this is a method which has helped plenty of smartphone makers cuts costs, and judging by the hardware on the WaPhone it is paying off for this device too.

Starting on the front, the phone packs a 5.5-inch FHD (1920 x 1080) display with a pixel density of 400ppi and laminated glass from AGC. If the rest of the specs were nothing but average from this point on the WaPhone would still be an interesting buy, but luckily hardware continues to impress!

Inside there is a new octacore Mediatek processor with 64bit architecture. As you will have guessed this is the 1.7Ghz MT6752 with Mali T760 GPU, a chipset that Mediatek hope to take on the Snapdragon 615 with, but in a phone costing only $145! To support the processor there is 2GB DDR3 RAM, 16GB internal memory, room for a 32GB SD card and Android 4.4.4 Kitkat. 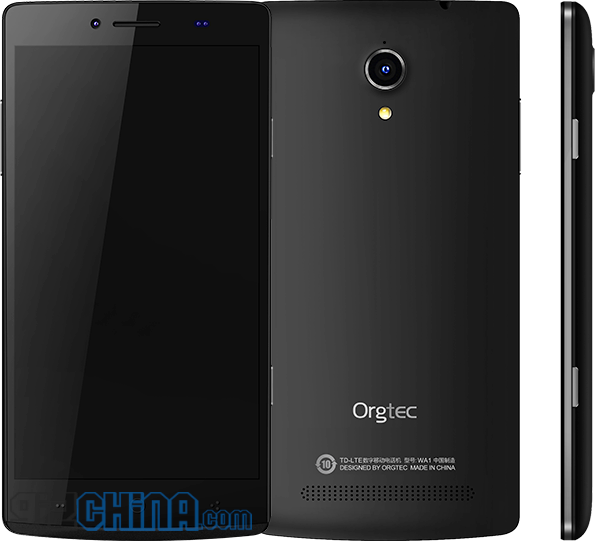 Cameras are about what we expect from a high-class phone with an 8 mega-pixel selfie snapper up front, and Sony doing the duties on the rear with a 13 mega-pixel IMX135 sensor with F2.0 aperture.

From a design standpoint its easy to tell where Orgtec got the inspiration from the WaPhone. The overall design is what a Oppo Find 7 would look like if it had the corners rounded out a little more, and the navigation buttons along the chip appear to be from Meizu phones old and new.

Still even with the familiar look, specifications of this level are quite shocking from a phone so well priced and we are sure to see plenty of Chinese phone fans looking to get their hands on one once resellers start to offer them.

What do you make of the Waphone? Let us know in the comments below!

Next Exclusive: hands on photos with the Vivo X5 Max