Xiaomi Mi4 clones are sure to be popular this year, so we take the time to go hands on with one of the first to hit the market! The DOOGEE DG850 Hitman.

DOOGEE join the long list of Chinese phone makers who are lining the pockets of the Chinese factory producing these highly customisable clones. For DOOGEE they have done things a little different with their version of the device by adding their trademark rear touch panel to the phone, along with IR blaster inside a sturdy metal chassis.

In the box we find the DOOGEE DG850 Hitman phone, USB data cable, EU charger, screen protector, SIM ejector tool and also a simple plastic case to keep the phone looking as sharp as it does the day you open it. Speaking of sharp, the metal body chassis is nicely machined and finished to a good standard good to see considering early real Mi4 phones tended to be a little sharp in areas.

Across the front of the DG850 there is a 5-inch 720p display from Sharp/JDI with narrow white bezels either side. Once the screen is powered up the quality is as good as you would hope from the manufacturers behind it, however there is more black around the sides and makes the actual bezel size wider than it appears. 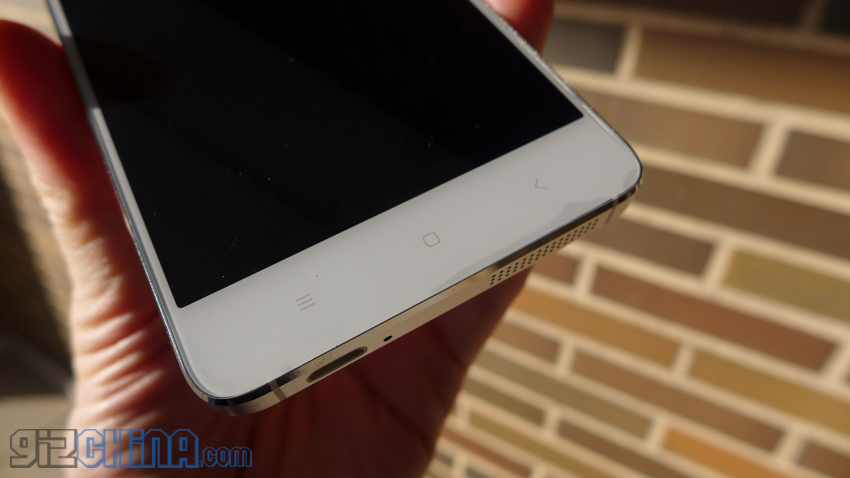 The chin on the DG850 Hitman has backlit capacitive buttons, and we found on our sample that the white colour appears to have bubbles between it and the glass front. This doesn’t affect the phone in use, but is ugly and shouldn’t be there. Above the screen is an 8 mega-pixel camera, light sensor and receiver. 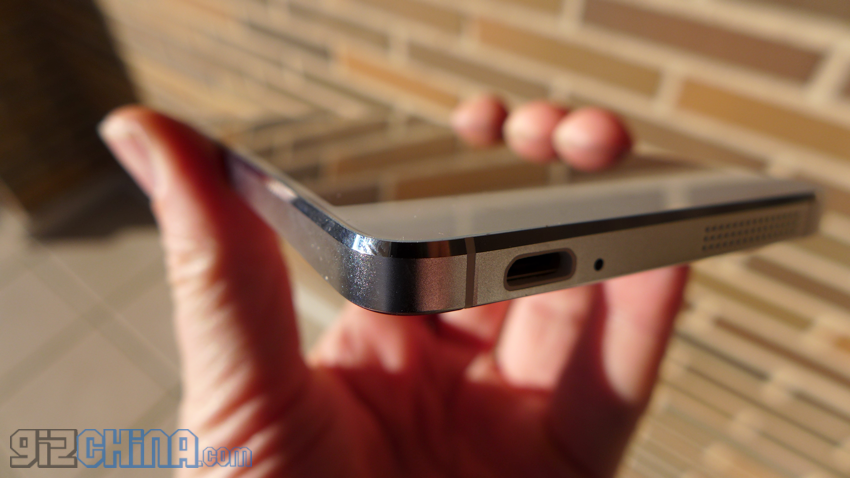 A chunky stainless steel chassis is the highlight of the build, and while it might be completely stolen from Xiaomi’s design, it is well made and give the DOOGEE DG850 Hitman a great sturdy and quality feel in the hand. It also adds weight to the phone, something that doesn’t bother me personally.

The sides are flat with a bezeled edge that meet the glass front. These flat areas are where the single speaker and micro USB are found in the base, sim tray on the left and volume and power buttons on the right. The top is where the 3.5mm headphone jack and IR blaster are found. 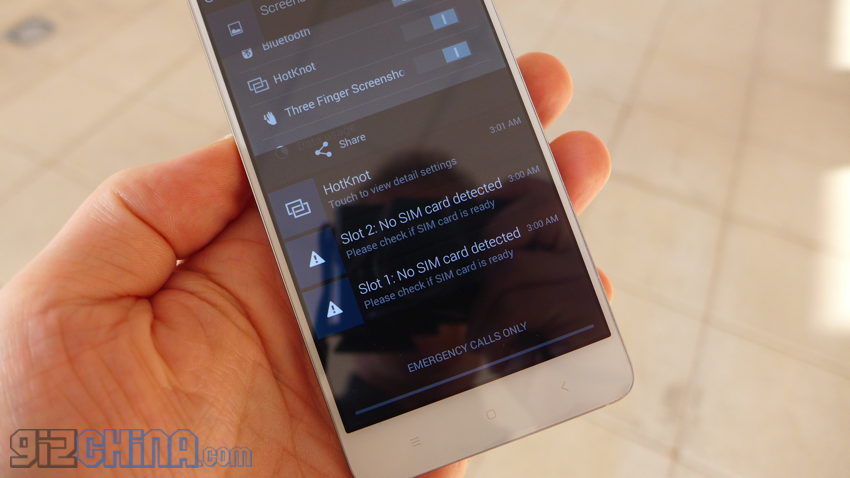 As mentioned there is a SIM tray and to get in there you need to use the included SIM ejector tool. Initially I was disappointed to find that the SIM tray has room only for one micro SIM (as can be heard in the video) however on closer inspection the SIM tray is double sided and supports dual SIM. 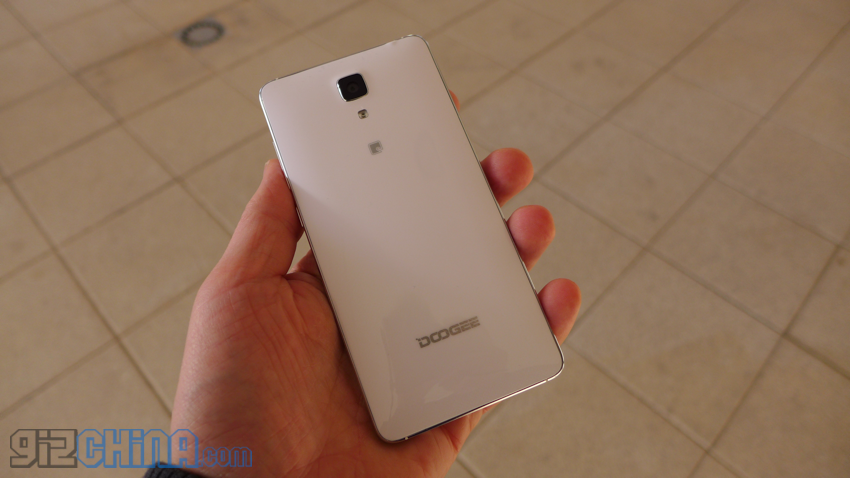 Considering that this phone is launching late in 2014 it is a shame that there is no 4G LTE supported. This is partly due to the quad-core MT6582 processor, and partly to keep costs down. 1GB RAM and 16GB internal memory also help to keep the price of the phone low, but will also hinder the use who likes lots of games, video and photos on their phone.

I’ve not tried to remove the rear panel of the phone, but turning the device over shows a DOOGEE logo, 13 mega-pixel main camera and rear touch panel. Also from the specs I know that the DG850 also supports Mediatek’s HotKnot feature. This is a file transfer feature similar to NFC.

From a build point of view the DOOGEE DG850 Hitman is an impressive phone. Sure it might be a clone, but it is a very well made clone, and one that I would feel happy use due to the high standard of build quality. The fact that it only has a quad-core processor, 1GB RAM and no space for a micro SD card are issues that will put off a lot of potential buyers, you may even find those missing features on similar clones fro Elephone, No.1, Zeaplus or Kingsing.

If the specs are powerful enough for you and you want a high quality phone that feels like it will easily last a few years then I would suggest take a look at the DOOGEE, but if you can hold on a few weeks or months, there will also be plenty of great 64bit phones on the market to take a look at too.

We plan to complete a full review of the DOOGEE DG850 Hitman very soon so keep posted. Thanks to DOOGEE for sending the sample phone over for review.

The DOOGEE DG850 Hitman can be purchased from Coolicool.com now.

Previous KingSing T8, a $99 Xiaomi Mi4 clone coming to an international reseller near you