No.1 has been trending quite a bit these days, thanks to their new range of rugged phones that are actually decently powered. However, in its roots, the company is a clone maker; clones are something which actually brought the company on the world map also. Not long ago, we dissected the No.1 Mi4 smartphone (a Xiaomi Mi 4 clone) and found it to be a well built phone with a decent specs set, for the money. This time round, we give the Samsung Galaxy Note 4 lookalike, aka the No.1 Note 4 a spin too see exactly how good this phone is.

In the flesh, the No.1 Note 4 isn’t anything out of the ordinary… it packs the same, rather typical entry-level specifications as any other Chinese phone. However, the unit has quite an amazing build quality, which makes it stand out in a way from other phones with the same specifications. Before we start speaking about that, lets clear the specifications sheet out of the way. There’s the same (sized) 5.7-inch screen as the No.1 Note 4, but with a much lower 1280 x 720p resolution. The super popular MediaTek MT6582 powers the phone with 1GB of RAM and 8GB of ROM, along with a 13 mega-pixel rear camera and a 5 mega-pixel front. It also has a 2800mAh battery, which looks very much like the one from the original Note 4. We’re not sure if they’re cross-compatible, though. The phone measures 153.5 x 78.6 x 8.5 mm, so it certainly isn’t the thinnest phone in the world but thanks to the large frame it does feel rather slim and extremely well put together. 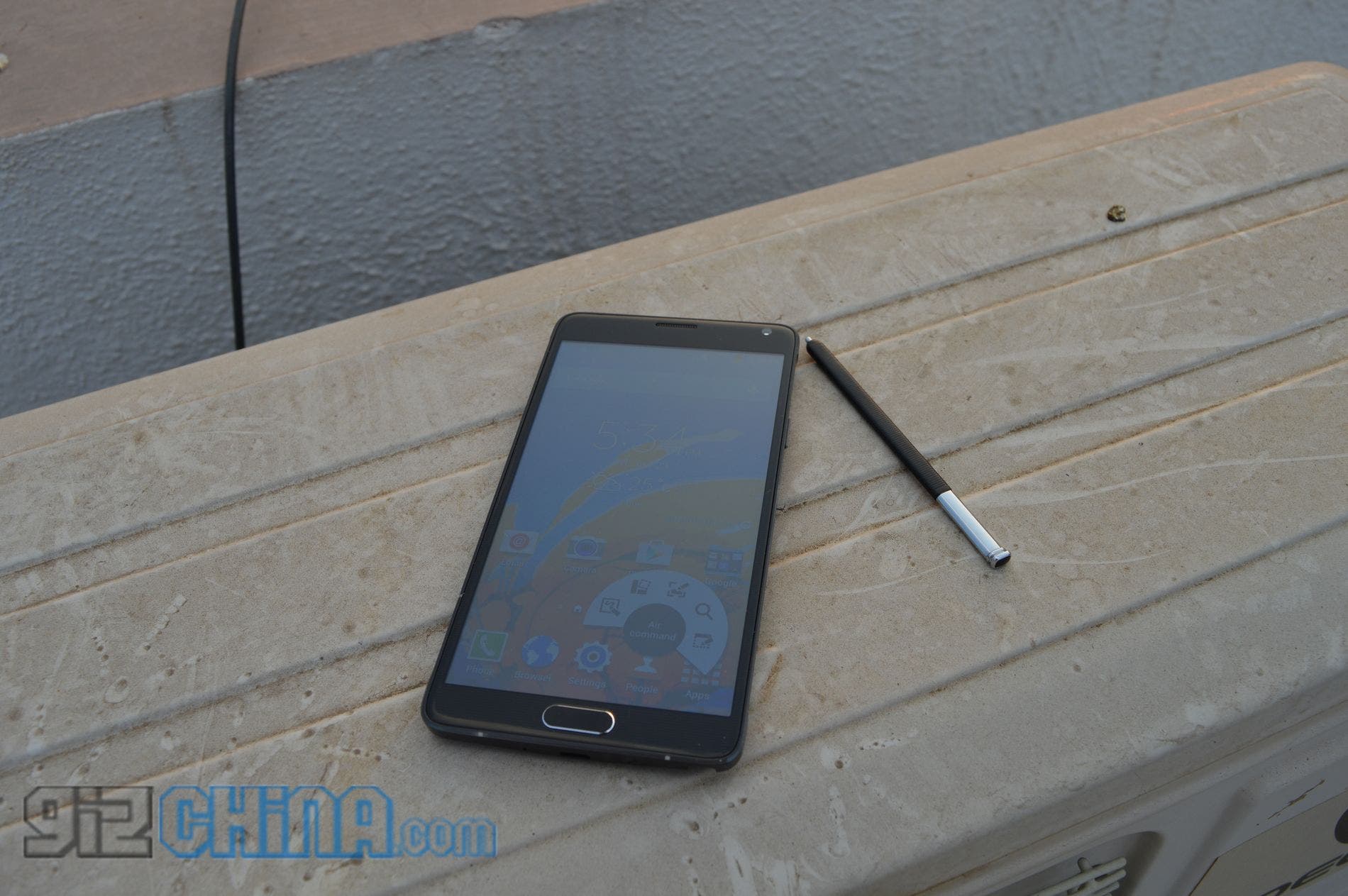 There’s also an S-Pen style stylus in the package, which sits nicely in the phone. No.1 have tried hard to give the stylus some functionality too, in the form of an AirCommand lookalike client on the phone which is triggered each time you pull the stylus out. This does work pretty well, but unfortunately the stylus isn’t really Galaxy Note 4 grade. There’s no feedback mechanism whatsoever, and with a hard metal tip on the stylus, the sensation of glass hitting metal doesn’t feel nearly as good as the original thing. That being said, the AirCommand-like app client does come in handy at times, for example when you quickly want to take a note, and things like that. 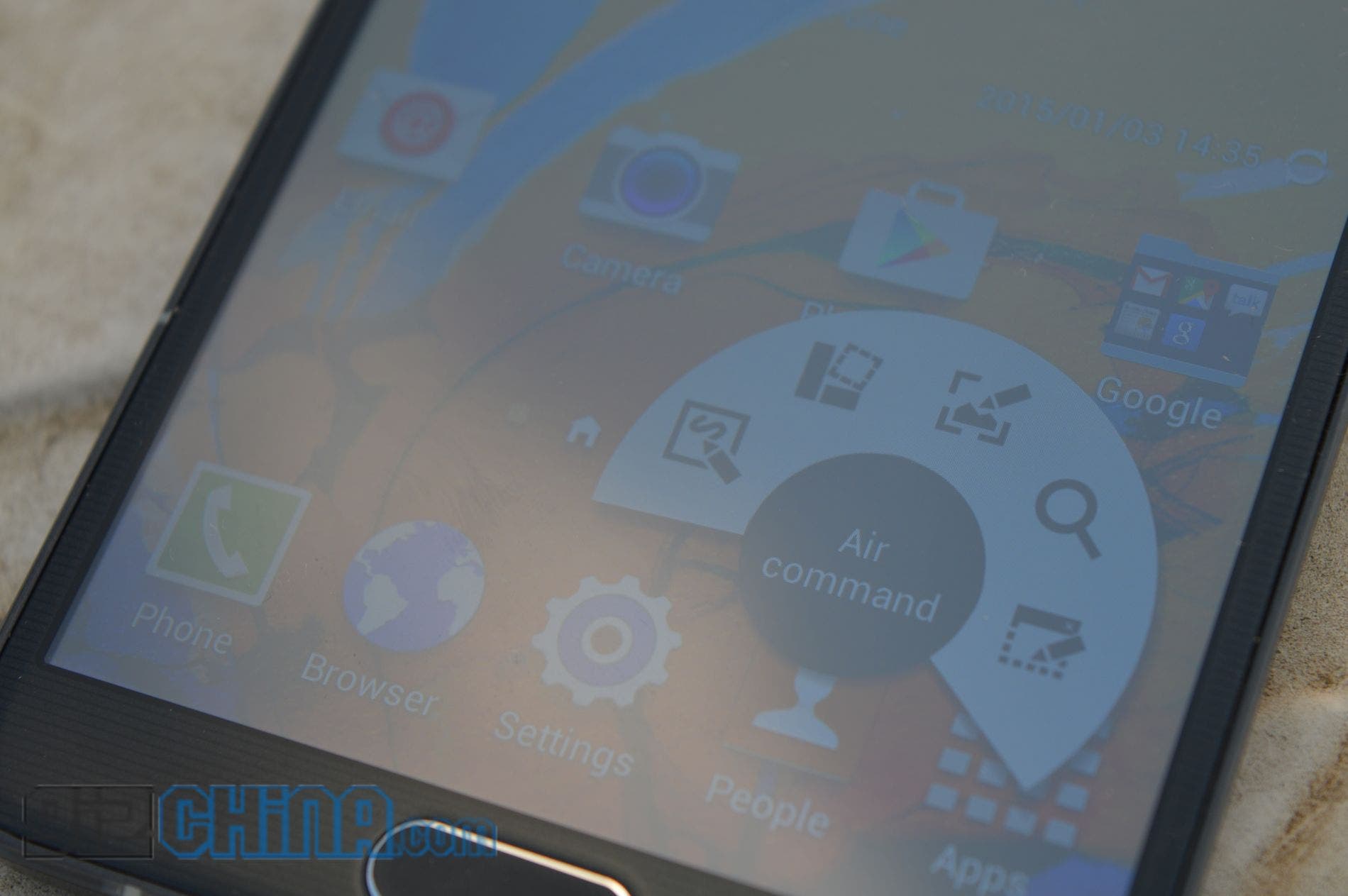 China’s been dishing MT6582 phones left, right and center since the past year or a little more. You are probably already very well acquainted with the SoC; if you aren’t, here goes. The 1.3GHz quad-core CPU on the MT6582 is extremely potent when you keep in mind its entry-level nature (…and price). From powering some of the cheapest phones from China, the SoC can be found on devices like the Android One series. Coincidence or not, this very SoC features on a lot of clones from China as well, and as you read above, the No.1 Note 4 is no exception.

When you first start using the No.1 Note 4, you’ll truly be surprised at how well the phone handles the TouchWiz-ish UI and all that comes along with just a 1.3GHz MT6582 and 1GB RAM. Transitions and menus load up pretty fast, and give you the feeling of an extremely well optimized ROM. However, things start going south once you fire up a couple of apps. The phone now shows signs of lag that you can’t miss; and also leaves you wondering what went wrong with an otherwise well made phone.

Switching between apps can be a pain in the neck, too. It turns out the pretty UI (if you’re a fan of TouchWiz, that is) does take quite a lot of resources, which means not a lot of RAM and processing prowess is left for the end user and other apps. This often translates into apps being offloaded from the main memory and Chrome browser tabs being cached, which means you waste a precious couple of seconds (or more) when you go back to one. This is something you face on most 1GB RAM phones though, but on the No.1 Note 4 it’s a little more significant. In a nutshell, general performance is pretty sluggish when you start using more apps. 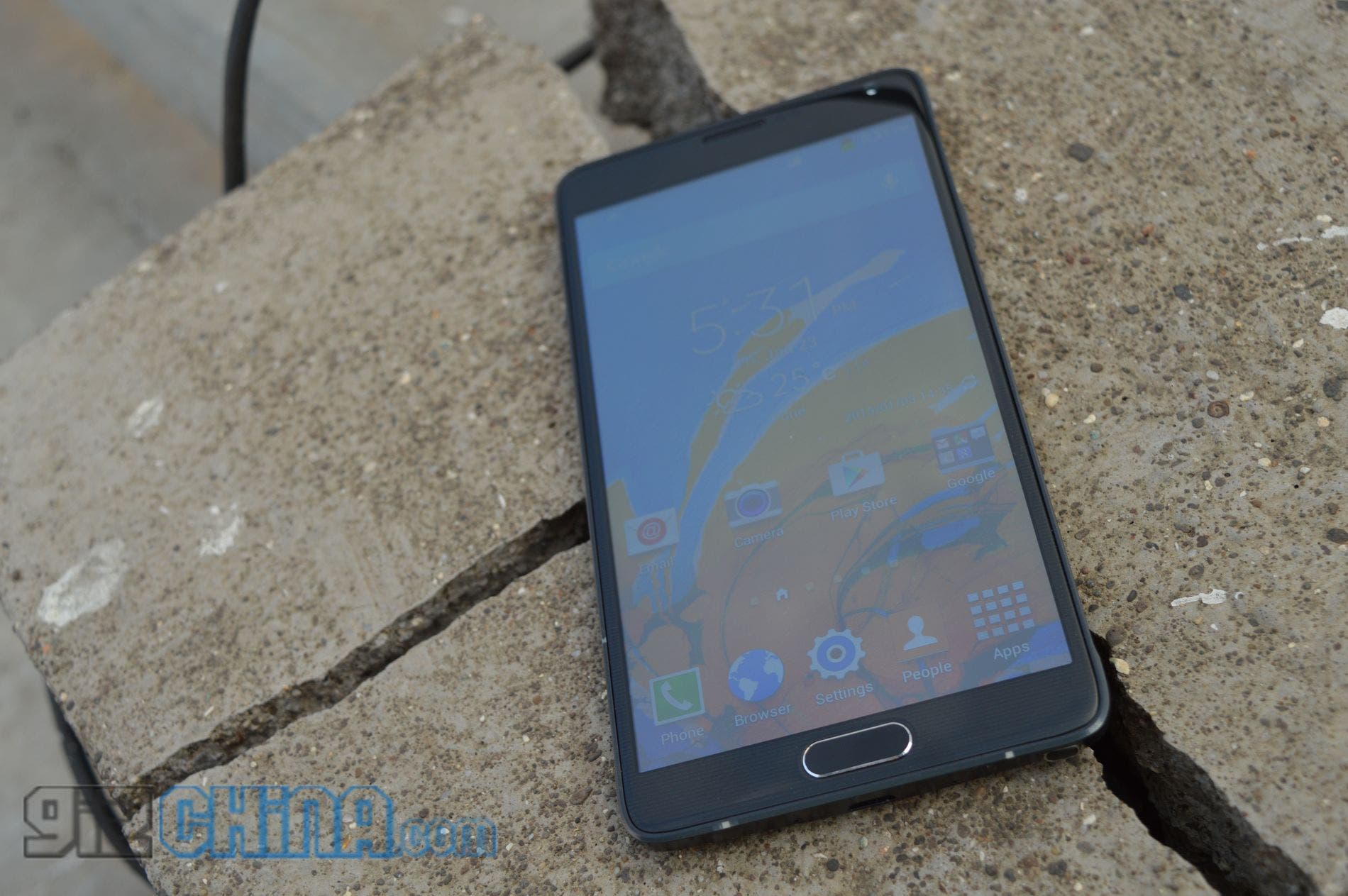 Moving on to the display, it appears as though No.1 have sourced a decently high quality one for the phone. It may not have the highest resolution, but even then the phone’s display is a treat to look at, even in direct sunlight. No.1 ships the No.1 Note 4 with a typical video sample, which really makes the display look beautiful.

A battery rated 2800mAh according to the manufacturer ships with the phone. On paper, 2800mAh does sound like something most people could do with, even on a large screen phone such as the No.1 Note 4. However, in real word usage, the 2800mAh falls short of the par by quite some distance. It wouldn’t be unfair to say that the No.1 Note 4 has the shortest battery life among the phones we’ve had the pleasure of testing in the past few years. In other words, it’s poor. There are phones which have bad batteries, but in this case, it is hardly usable unless you just need a large screen phone to check the time.

Moving on to the build of the phone, like we’ve mentioned before, this one’s built like a tank. Hand it to an unsuspecting fellow and he’ll never in his life be able to tell the actual cost of the device, which, by the way, is around US$140. Thanks to the metal frame and a sheer heft of the phone (which takes some getting used to, by the way), the device feels like a US$300+ one. Irony is, although the build is great and everything, the phone lost the chrome ‘O’ from the ‘No.1’ logo on the back within a couple of days. We were told it’s a one-off thing, which we hope is the case. 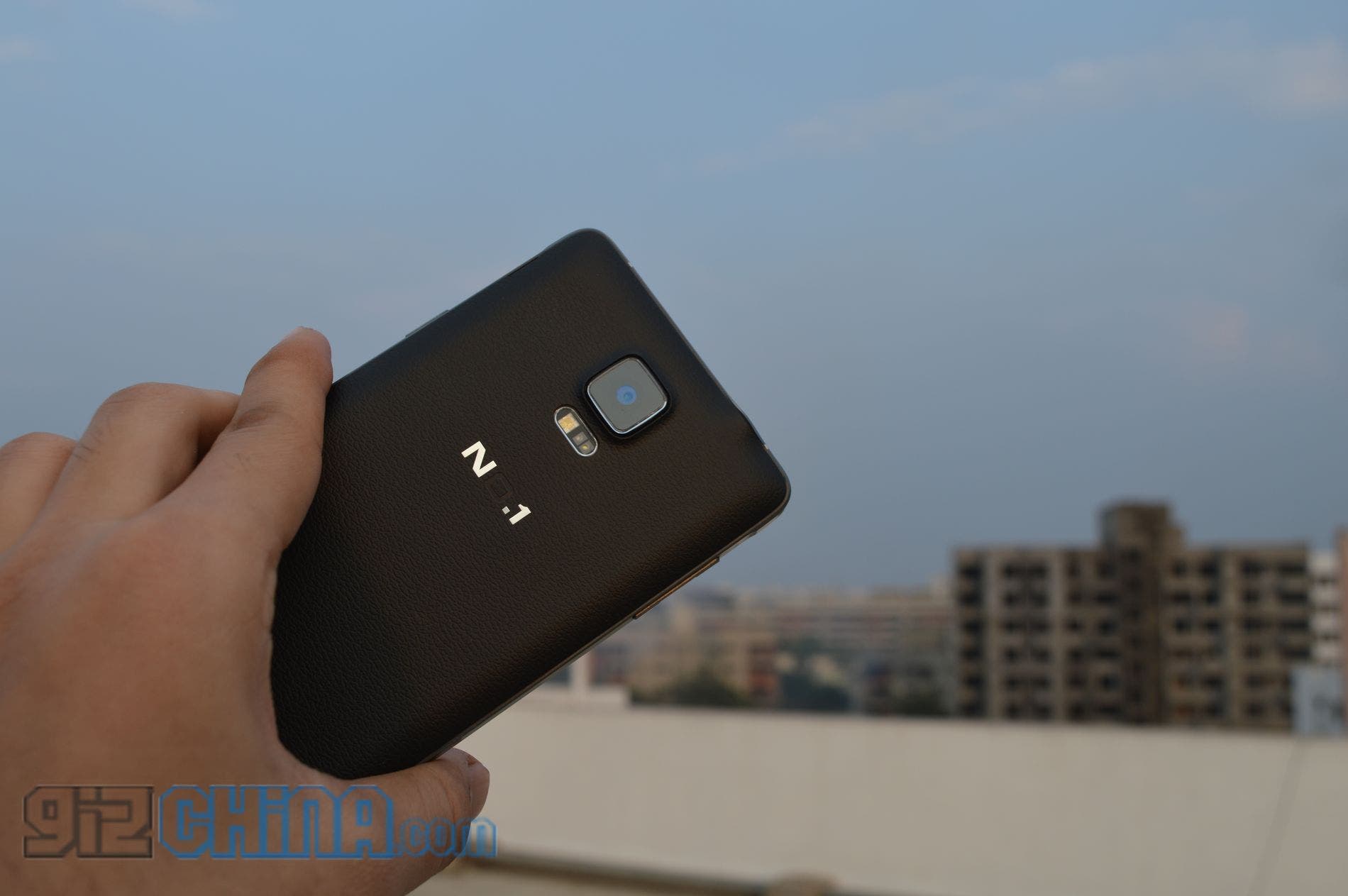 For the price of this phone (which is about US$140 on most web-shops), and the fact that it is a clone, the No.1 Note 4 has a pretty good main camera. The sensor does some decent macro shots, and HDR gives an otherwise dull picture a breath of life. In all, we’ll have to say this is one of the better cameras we’ve had the pleasure of testing in the recent times, especially so when its cloned/budget phones we’re talking about. On paper, the phone has a 13 mega-pixel rear camera and a 5 mega-pixel front.

Take a look at some sample shots below to make a judgement of your own. 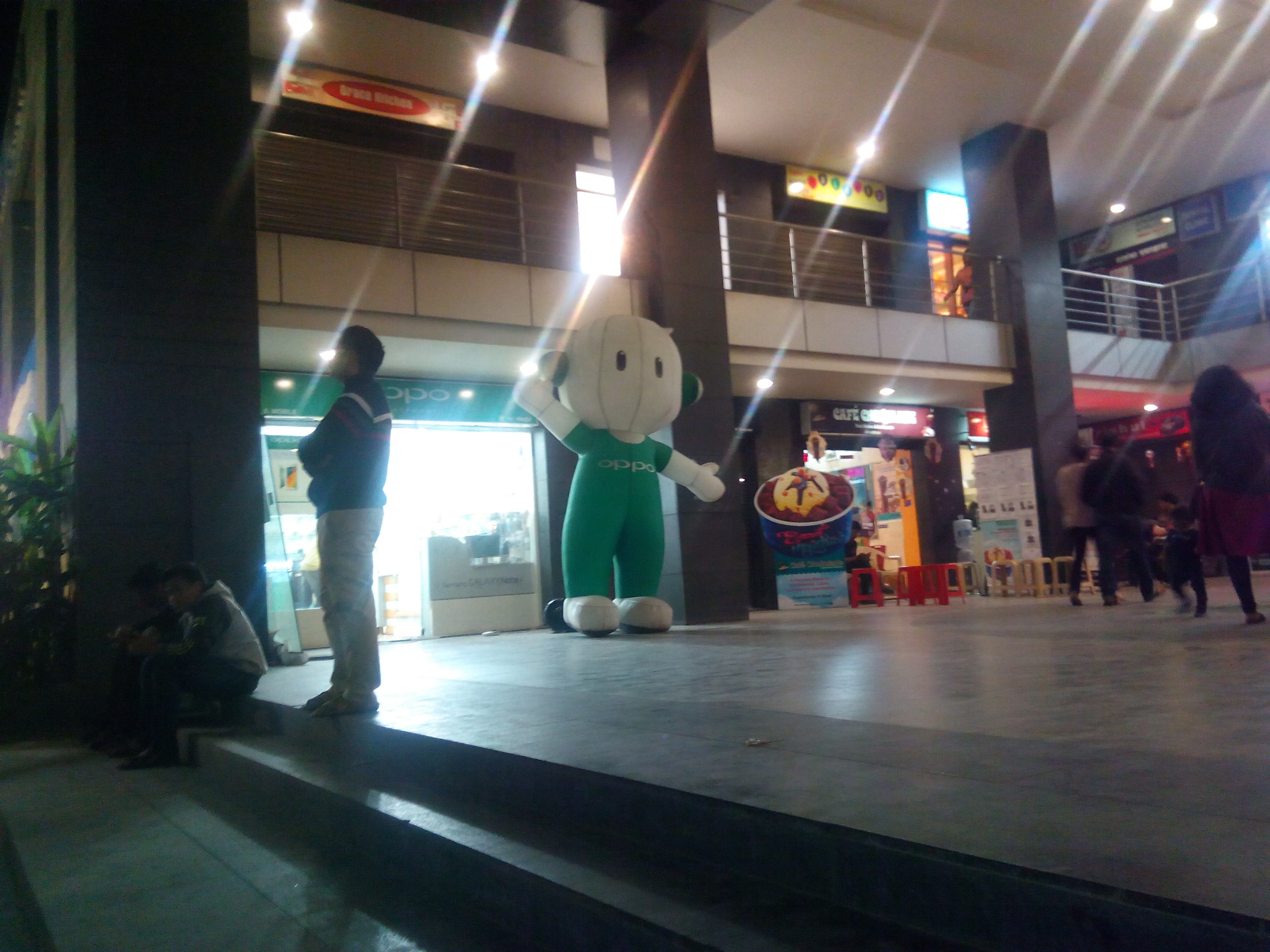 Just like the original Galaxy Note 4, the No.1 Note 4 also has an IR blaster of its own. Given the pricing of the phone we didn’t really expect it to work too well, but it turns out the No.1 Note 4 has one of the best IR blasters around. It easily beats the Xiaomi Mi 4’s transmitter by a good few feet, when you’re talking range. No.1 also bundle an app within the ROM which means that you don’t have to go looking for one on the Play Store. Full points to No.1 for the very usable IR transmitter! 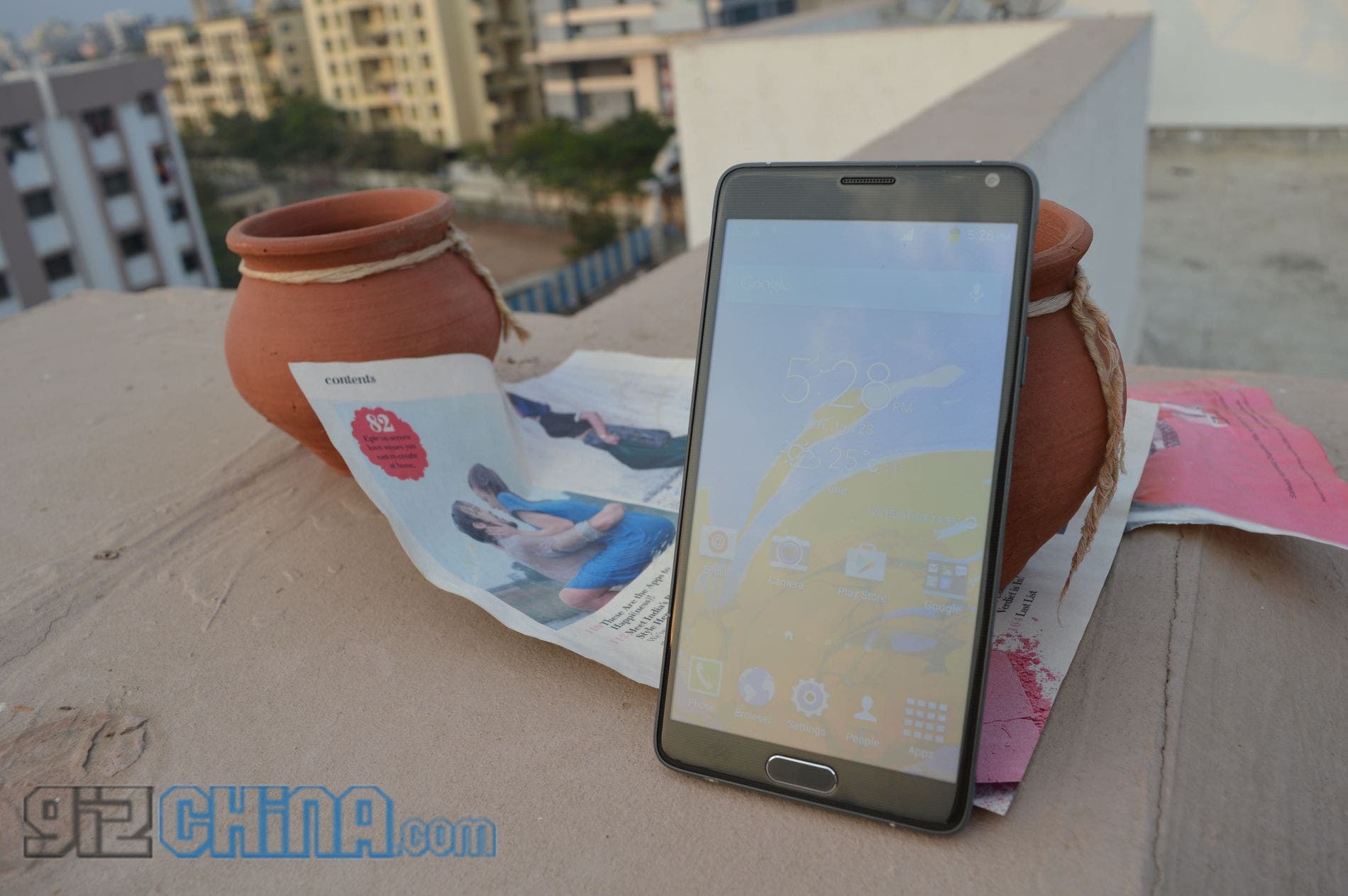 Just like the No.1 Mi4, the No.1 Note 4 too is an extremely well made phone. The phone has a heft to it that probably no other US$140 phone has, and along with the IR blaster and stylus, the No.1 Note 4 is quite a package. However, the battery lets the phone down big time; so much so that we wouldn’t really recommend the phone to anyone who plans to use it as their primary phone. Unfortunately, it also doesn’t look like an issue that can be resolved with a firmware update and hence, it would make sense for anyone contemplating buying the No.1 Note 4 to give it a miss for now.

The phone can be bought online from Chinese resellers such as CooliCool for US$140 and thereabouts, if you’re still interested.