Lenovo has launched another battery-centric smartphone, the P70 for a price tag equivalent to US$224 (1399 CNY).

The phone comes with a massive 4,000mAh battery, which according to the maker is good enough for 46 days of standby. Besides the battery which is the obvious USP, there’s a 1.5GHz quad-core MediaTek chipset (presumably the MT6732?), a 5-inch display with a 1280 x 720 pixel resolution to bring to you a ppi of 146, and 1GB of RAM with 8GB of on-board storage and a microSD slot.

On the imaging side of things, the P70 features a 13 mega-pixel sensor on the rear, and a 5 mega-pixel one on the front to make a decent set of cameras, at least on paper. Vibe UI atop Android v4.4.4 KitKat handles software on the phone, with no mention of an incoming KitKat update whatsoever.

From what it appears, the phone seems to be made for those that are on the move for long durations, and don’t mind running (sort of) outdated software and a rather entry-level specifications sheet. Like mentioned previously, the phone is priced 1399 CNY / US$224 in China, but chances of it appearing in markets outside of Lenovo’s home country are slim. 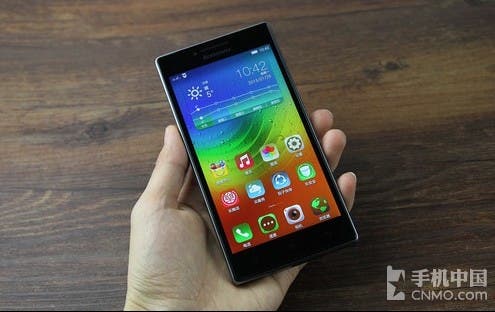 Next UMi Zero now available in Europe, India next?