If you are a fan of Meizu then we have some great news in the form of new OS updates and a new launch destination.

Over on Facebook Meizu have started work on their official Meizu India page and are already building a fan base in preparation to launch their Flyme equipped smartphones in the hugely demanding smartphone market. As you well already know Meizu aren’t the first Chinese phone maker to enter India, and will in fact follow Xiaomi, Gionee, OnePlus, Oppo and Vivo to the market. Which models Meizu will launch in India hasn’t been announced but we feel fairly confident that the Meizu M1 Note could be one of the first. 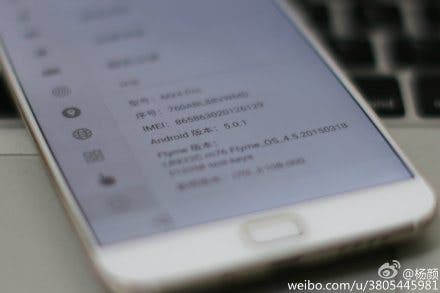 For those of you who already have a Meizu MX4 Pro then you will like this next piece of news. Over on Weibo in China, a leaked image of the flagship Meizu phone has been posted revealing the device to be running Flyme 5.0 based on Android Lollipop. Meizu are currently developing their latest version of Flyme around Android 5.0.1, but future updates are expected.

So good new for Meizu fans in India and owners of the Meizu MX4 Pro, but what if you have the Meizu MX4? Again the mid-range MT6595 phone seems to be lagging behind in the update cycle, a huge shame for such a powerful and competent device.

Next 3rd generation Xiaomi TV could launch on 24th March