It hasn’t taken long for Chinese phone makers to adopt USB C, with Innos being one of the first to confirm they will use the new standard for their Innos D600.

Chinese phone maker Innos, although not very well-known internationally, have a long tradition of making large battery phones. Their latest will boast a massive 6000mAh battery, which dwarfs anything that we have seen in a smartphone before!

Obviously with so much juice on board the designers at Innos wanted users to be able to use the phone as a power bank for charging, which you will with the included USB C to USB adapter cable. 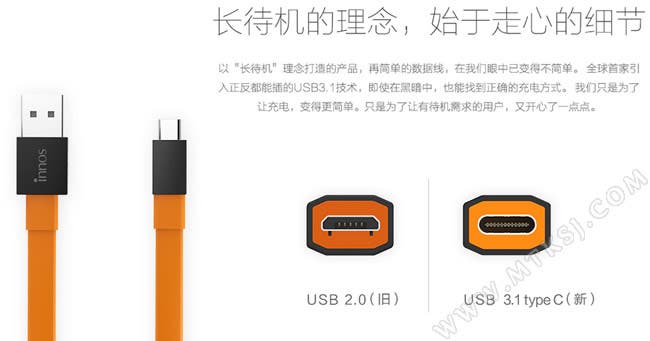 In the past we have seen large battery phones look good on the power side of the spec sheet only to fall flat on the performance side, but this is not the case here. The Innos D600 will ship with 3GB RAM, a Snapdragon 615 processor, 32GB memory, a 5.2-inch 1080p Gorilla Glass display, 5 mega-pixel front camera and 16 mega-pixel OVI6825 rear sensor.

If all that wasn’t enough a Wolfson audio decoder is in there too and the phone measures in at only 144 x 72.2 x 11.9mm which isn’t bad considering the massive battery. Pricing and launch date to be announced.