The Ulefone Be Pure looks like one of the better designed entry-level to mid-range phones out there, but unfortunately, as we reported some days back, the specifications of this phone don’t really live up to the rest of it.

Nonetheless, if you still care about the device, it can now be pre-ordered from online reseller GearBest. The MT6592m certainly isn’t the most future proof processor out there, but the Be Pure being a Ulefone device might get better software support than other phones out there… at least that how it appears for now. 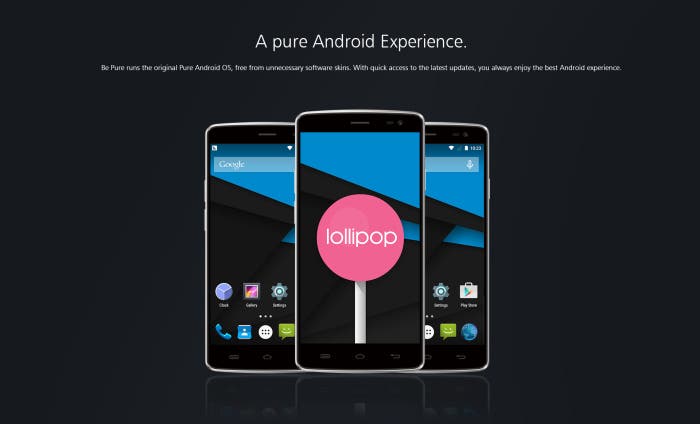 Ulefone promise an OTA update to Lollipop will be coming soon

To remind you of the specifications on the Be Pure, the phone comes with a 5-inch 1280 x 720p display, has 1GB RAM, 8GB on-board storage, a 5 mega-pixel front camera, 13 mega-pixel rear camera and a 2000mAh battery. As I mentioned before, it comes with the 1.4GHz octa-core MediaTek MT6592m SoC which actually belongs to MediaTek’s first family of octa-core chips.

Ulefone are promising they’ll ship the phone with ‘pure’ (i.e., AOSP/vanilla) Android, so that should be a plus if you (like me) can’t care enough about cartoon-ish OEM skins that often don’t add much functionality. But the question is, is a vanilla Android OS enough to make an MT6592m phone US$116 worthy?

Let us know what you think. In the meantime, if you do decide to go for the phone, use coupon code ‘BEPURE’ (minus the quotes) at checkout on GearBest to get the phone at US$116 (down from US$129.99).

Previous $70 Blackview Breeze looks like a mini OnePlus One