Electronics company Newman are back from a hiatus and have released a new Android smartphone featuring a built-in finger-print scanner and YunOS.

Newman were once a popular manufacture of MP3 and PMP devices in China, but as the Android smartphone boom began they too jumped ship and launched a couple of Android devices. Their first new phones were exciting flagship devices, but as time drew on Newman found it hard to compete in a very crowded market and so went quiet.

We were beginning to believe that Newman had packed it all up and gone home, but that isn’t the case as they are back with the launch of a new smartphone, the Newman “button” phone. 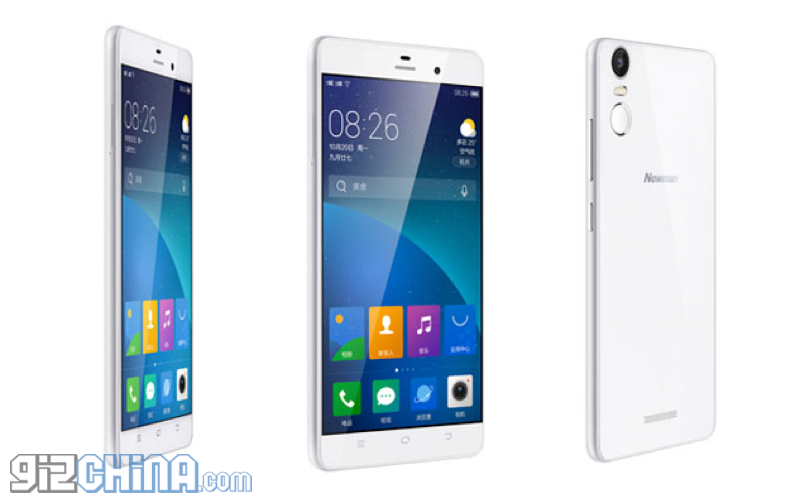 The name comes from the rear mounted fingerprint scanner which is pressed to activate like the model found on the Oppo N3. It’s a feature we have seen a lot of recently, but Newman have decided to place their scanner on right directly under the main camera. A perfect location for a right-handed user to scan their index finger but not so clever for the left-handed users.

Finger print location is about as innovative as the “button” gets. The overall design of the phone looks just like the latest Zopo phones which in turn look like the Huawei Honor 6 and 6+.

Specifications include a Snapdragon 615 processor, 2GB RAM, 16GB internal memory, 5 mega-pixel front camera and 13 mega-pixel rear with dual LED flash. A 5.5-inch FHD display takes up the front of the phone where you can interact with YunOS 3.0 based on Android. Obviously LTE is included and it’s good to see that the large 3060mAh battery has a fast charge option.

So with a standard spec, unoriginal design and odd fingerprint location is there anything to ‘wow’ about? Well the price is really very good and in China it will only cost 1199 Yuan, which equals around $193. Not a bad price!