Mstar, a subsidiary of Lihua International Group Limited, have just released the Mstar S100. The S100 is a budget device with decent specifications and the design of another popular, affordable Android phone *cough*Mlais M52*cough*. So what exactly does this new budget device offer?

The Mstar S100 is powered by the MTK6732 quad core 64-bit processor clocked at 1.5GHz, with 1GB of RAM and 8GB of internal memory (only 5.56GB is usable). Up front, the phone offers a 5.5-inch HD IPS display, which should be adequate for daily usage. The rear camera is an 8MP unit with a single LED flash, while the front camera is a 5MP unit. The phone will have support for microSD cards and dual sim. 4G LTE is also available, though only for the supported bands (4G: FDD-LTE 800/1800/2100/2600MHz). All this will be kept running by a decently sized 2800mAh battery. 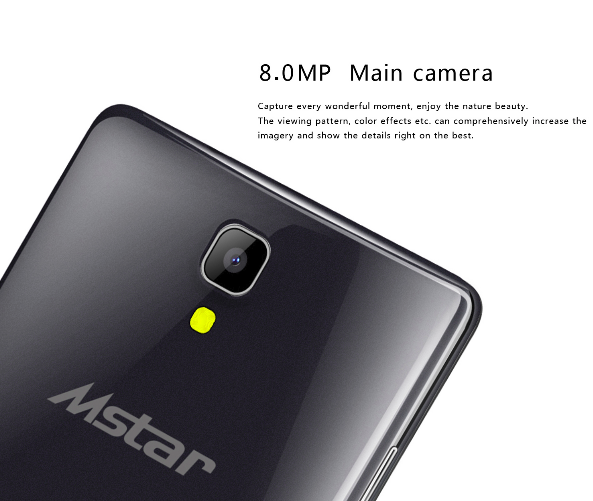 It’s obvious that the device is exactly the same as the Mlais M52 Red Note (which we reviewed not too long ago), only with lesser specifications. The devices both look exactly the same, from the Redmi Note inspired look to the 4G logo on the front. Thankfully, this isn’t a bad thing since the M52 Red Note has proven that the build quality of the device is well above what the price range would suggest. The device will come in four colors, including red, blue, white and black.

The device has already gone on sale on a few online retail stores for the price of $120, which is a pretty decent price considering the specifications. What do you feel about the Mstar S100? Is it a good budget phone? Do you like the design?

Previous Xiaomi heading to Brazil in the next three months

Next In the market for a Galaxy S6 Clone? Here are the specs for the Landvo S6