OnePlus may initially have announced the OnePlus One with the Cyanogen OS ROM, but that was only for international markets if you aren’t aware. In China, the One shipped with OPPO’s ColorOS.

After getting into trouble with Cyanogen Inc., OnePlus figured it would be best to start afresh with a new OS for the phone, which was later announced to be OxygeOS. As was the case initially, the Chinese market will get a different OS this time around too in the upcoming HydrogenOS. 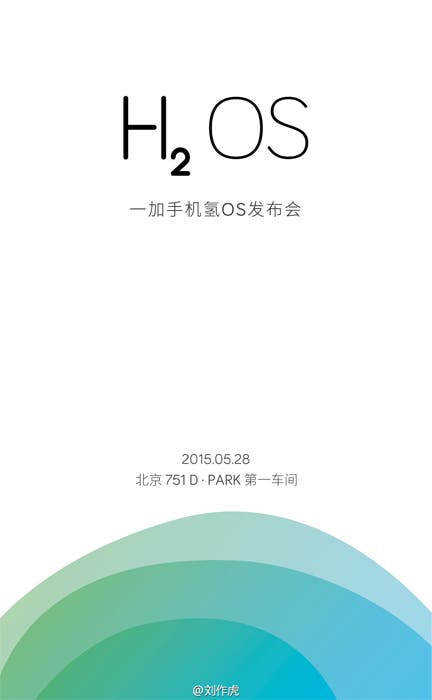 HydrogenOS for the One will be announced in the Chinese capital of Beijing on the 28th of May. Very much like the international flavour i.e., OxygenOS, HydrogenOS too is expected to be a lightweight system with focus on battery life and performance.

HydrogenOS will be based on Android 5.0 Lollipop, and as you would expect, feature some tweaks and tricks to differentiate it from vanilla Android. There isn’t a lot known as yet, but OnePlus CEO Pete Lau maintains that HydrogenOS won’t be another iOS lookalike (the Chinese market has had a lot of those).

To think of it, this also shows by how much markets can differ — the same phone is popular in China and other parts of the world, but the Chinese market still needs an OS tailored for its citizens.

Next Alibaba to invest $1.2 billion in Micromax?