Mlais have finally released their marathon munching battery phone with a new name and slightly altered specifications at a lovely low price.

Originally the phone pictured above was called the Mlais MX, but that has changed to the Mlais MX Base now that the phone is available to buy at the rather attractive low price of only $139.99. The name isn’t the only details which has changed as final specifications also reveal the inclusion of an IR remote for controlling home appliances and a Medaitek MT6735p chipset (the more potent 1.3Ghz SoC as opposed to the MT6735i running at just 1.0Ghz). 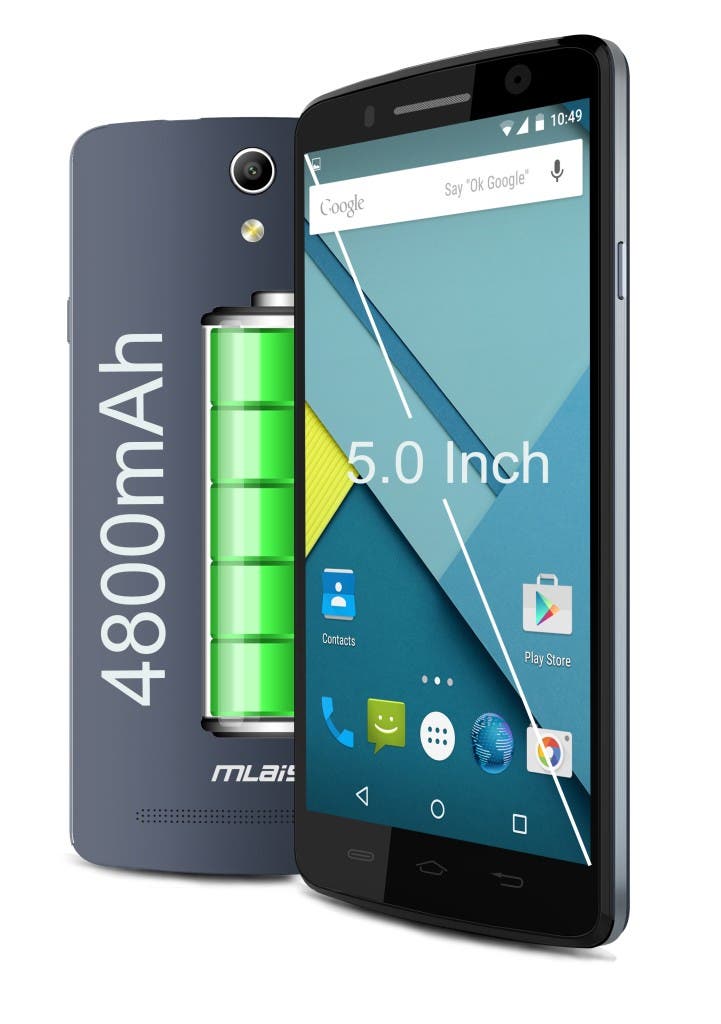 Like so many other phones this year, the major selling point of the Mlais MX Base is the battery size, and with a 4800mAh battery on the inside Mlais certainly have that area covered.  It’s also good to see that quick charging of that huge battery has also been implemented and that the MX Base retains dual LTE SIM slots and room for a micro SD card.