Elephone have released the full specification and pricing of the Elephone P8000, plus released details of an upcoming flash sale for the smartphone in just 2 days time!

Anyone with any knowledge of Elephone will already know by now that they tend to announce a lot of phones, but even the early release of the P8000 has taken us back a little! It was only a few weeks ago that the Elephone P7000 was released at the special price of $159.99, now we learn the Elephone P8000 will get a similar flash sale starting in just 2 days! 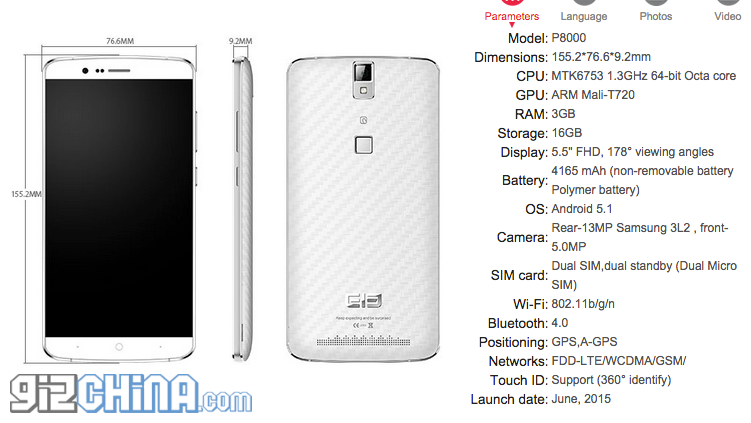 With the launch not far away, official full specifications of the Elephone P8000 have been published. Before we get in to the specs, don’t worry too much if you already bought the P7000 as the P8000 has a lower frequency processor, but is basically the same in very other aspect except 2. First the battery on the P8000 is a larger model at 4165mAh and secondly the rear 13 mega-pixel camera is a Samsung shooter. 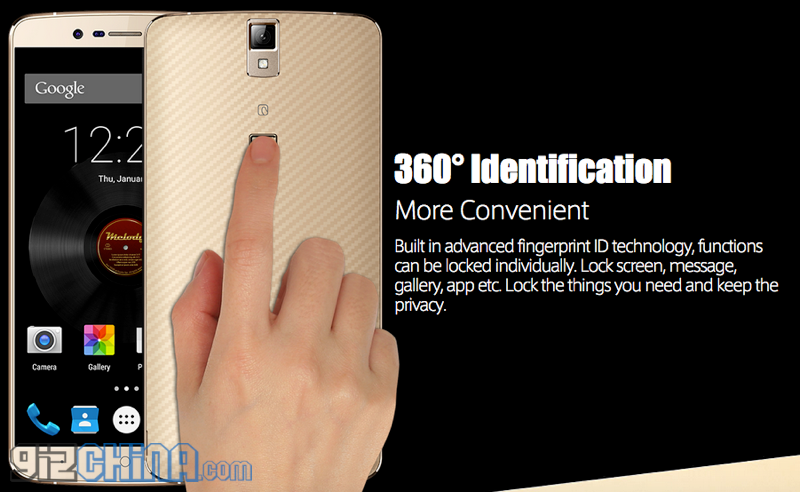 Dimensions of the Elephone P8000 are 155.2 x 76.6 x 9.2mm, that extra thickness making room for that large battery. The design of the phone includes a 5.5-inch FHD screen with black borders for the appearance of a borderless design when the screen is locked. The rear features a carbon look plastic panel (in white, gold or black) with touch fingerprint scanner, 13 mega-pixel camera and single LED flash. 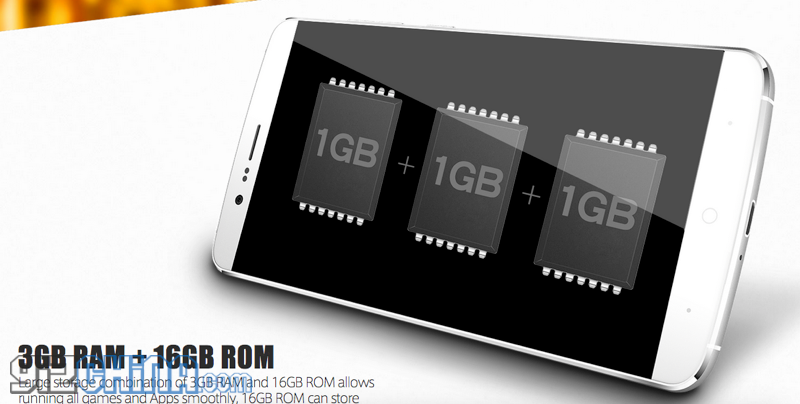 If you find that 16GB internal memory isn’t enough then you will be happy to know that there is space for micro SD cards up to 128GB. 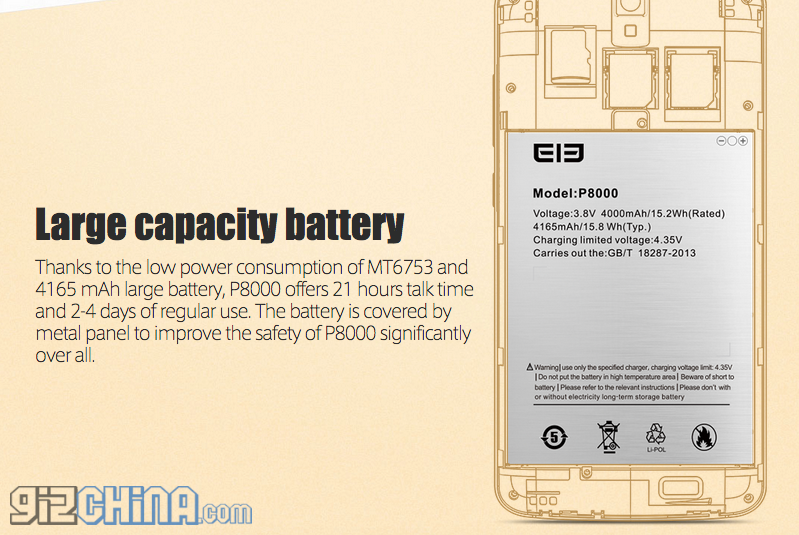 The large 4165mAh battery is a non removable unit which offers around 268 hours of standby and 21 hours of talk time. Charging that huge battery shouldn’t be a problem either as 5V, 2A fast charging is supported.

Finally the last detail is Android 5.1 out of the box, and like other Elephone’s this is a stock installation with no custom UI added.

A little bird has told us the Ele Codes for the Elephone P8000 will be available soon and could give customers a saving on only $40 making the P8000 only $169.99 for a limited time. 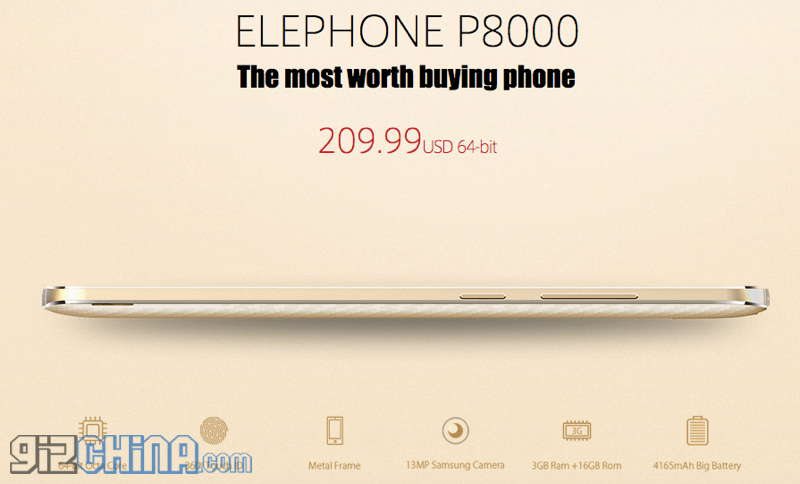 The Elephone site lists more details of the flash sale along with a countdown for when it begins.

Next UMi to launch new Bluetooth headphones next month