Wearable tech in China hasn’t exactly taken off, but gradually we’re starting to see more and more of that coming.

Huawei isn’t particularly a known name in the wearable tech industry, but the company is surely trying hard. It’s B2 is the second installment in the TalkBand series, which is rather unique with its wearable plus Bluetooth headset nature.

The TalkBand B2 comes with fitness tracking algorithms along with sleep tracking, and includes features such as an OLED display, IP57 certification, etc. It has a 90mAh battery which according to Huawei should last 12 days (of standby). 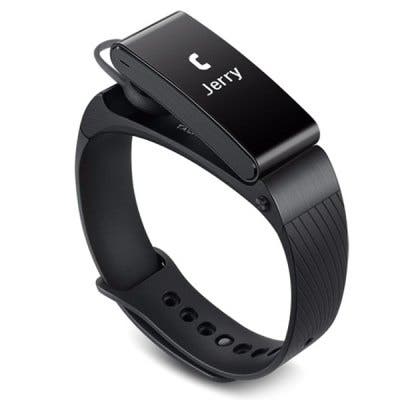 The TalkBand B2 can also function as a standalone Bluetooth headset, and can pair with up to 2 smartphones. The device is listed on GearBest for US$210 (golden variant), but applying coupon code ‘GBB2L’ (minus the quotes) will bring the price down to US$156. Similarly, for the Black and Silver variants (list price US$181), the coupon ‘GBB2’ will bring the price to US$135.

Next New pictures show off the Huawei Honor 7 back!