ViewSonic is a name that you would usually associate with LCD monitors, perhaps from the past. If you weren’t aware, the company also does smartphone, and the V500 happens to be one of them.

The V500 is very much an entry-level to mid-range device. That is exactly the category that has seen a boom in the recent months; no one’s really spending US$500-600 to get a flagship phone anymore, or so it appears. 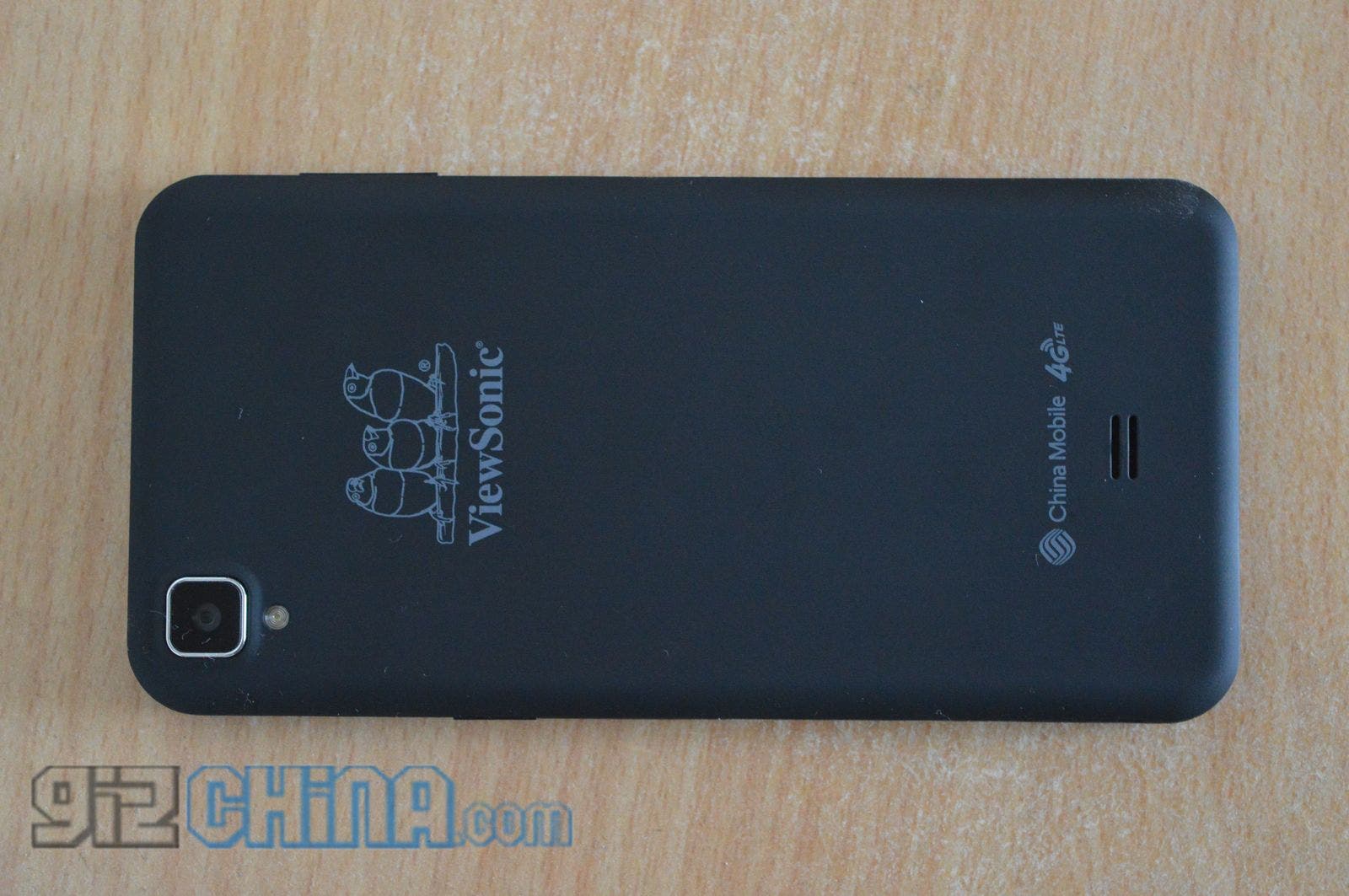 There’s hardly anything to say about the design of this phone, for it’s a phone with a very generic bar-ish design. It does come with a couple of rear covers that try to add to the style quotient, however.

The front of the phone is covered in glass (no mention of Gorilla Glass here), with the most space obviously being taken by the 5.5-inch 1080p panel. The setting is usual, nothing out of the ordinary; an earpiece on top (next to the usual suite of sensors), a 2 mega-pixel front camera and below the screen, the three capacitive buttons. Since this is a KitKat phone, the leftmost capacitive button is for accessing the menu rather than recent apps. 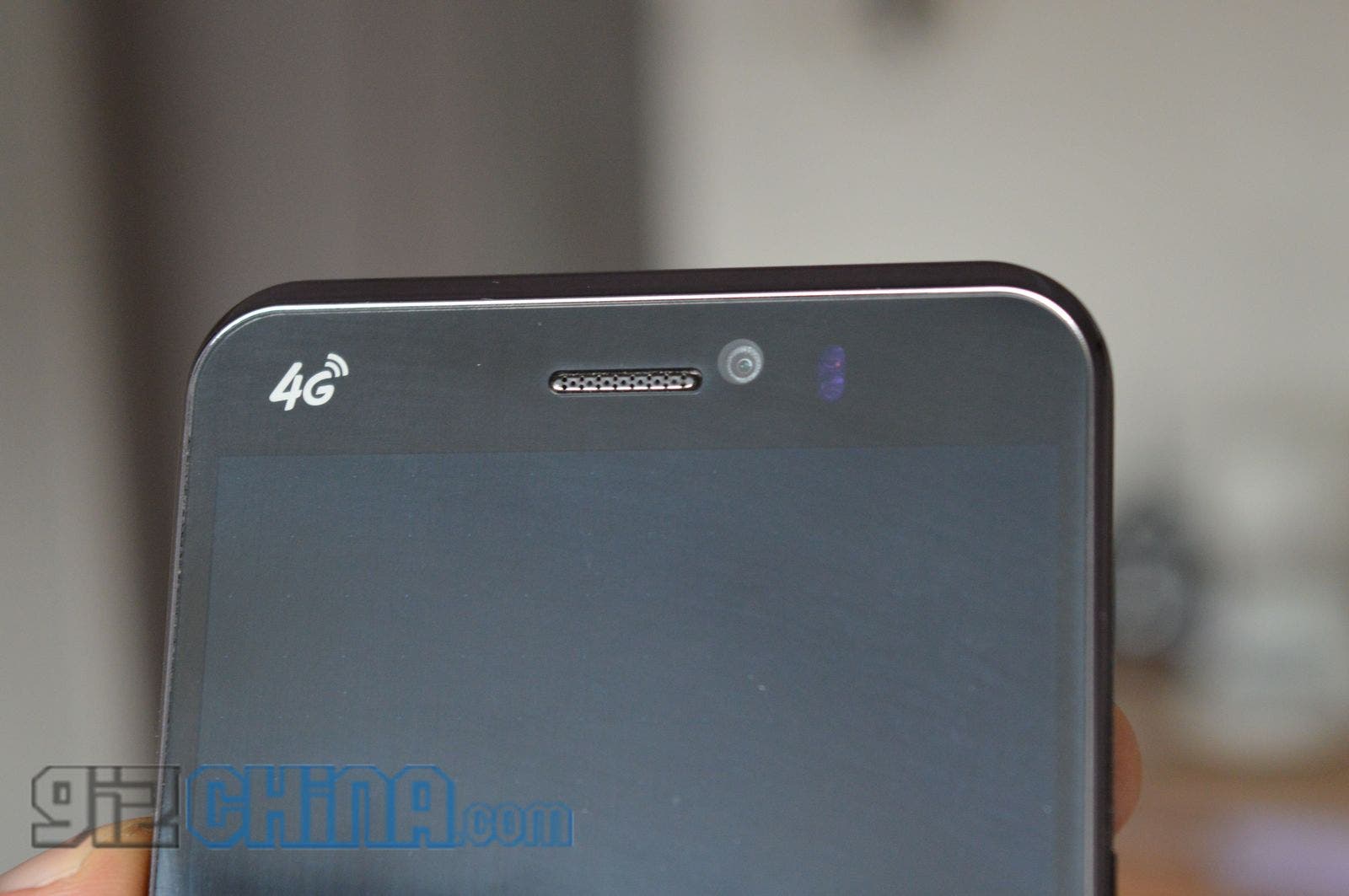 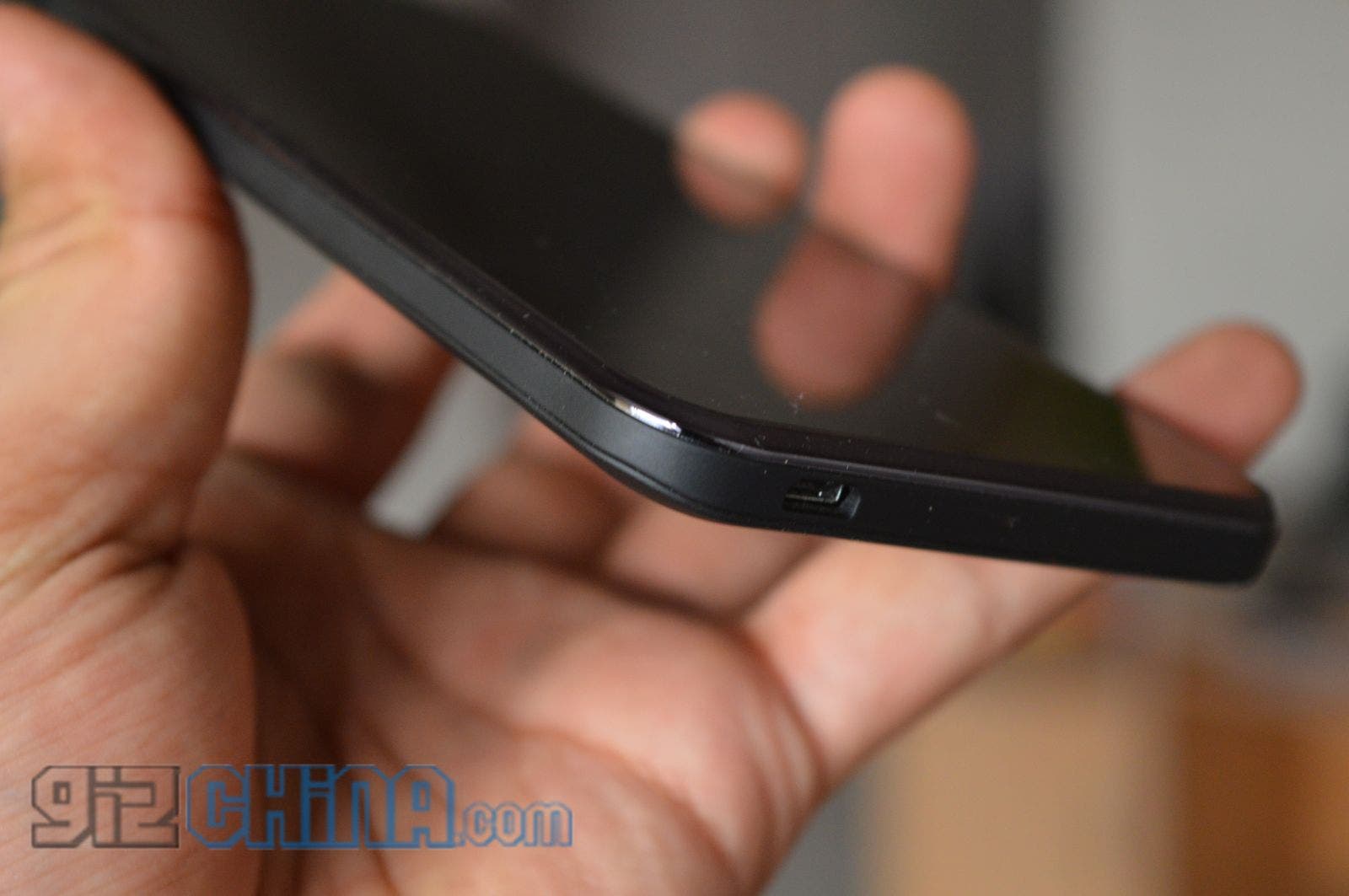 The most impressive bit about the V500 is the metal lip around the screen. Phones that sell for around US$100 hardly feature any metal, and the ones that do hardly are generous with usage. The case here is different, and the V500 is made with a nice chunky yet stylish metal edge, with a glossy coating.

The edges of the phone besides the metal are made up of an impressive rubbery-plastic combo material, which give you a nice grip when the phone is held in the hands. The rear, as mentioned, comes in two options — one with the same rubbery coating, and the other with a faux leather texture. I found the latter to be plain hideous. 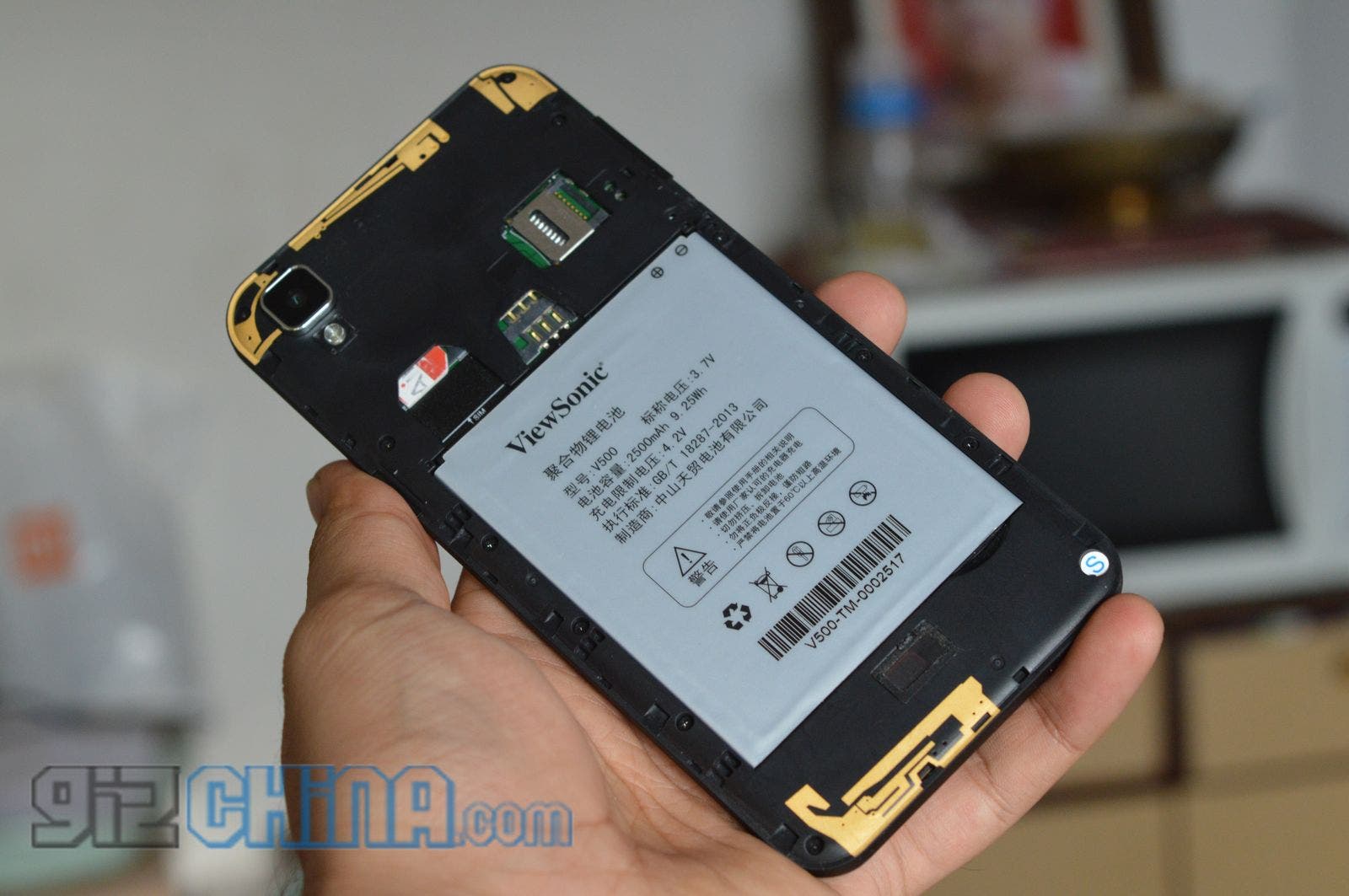 Taking off the rear is simple, you only need something to pry at it with. When you do that, the 2500mAh battery slot, 2x SIM slots and a microSD card slot are exposed. Nothing too fancy in here, and the speaker too is a simple single driver at the center below the battery slot.

The camera with its single LED flash is found on the top left of the chassis. The camera does poke out of the body ever so slightly, but nothing to worry about.

Welcome to the section where you’ll read about the best part of the ViewSonic V500. Yes, the display on the phone is a treat… and that shouldn’t be a surprise for ViewSonic has been in the display business for a long while. Although the V500 doesn’t really have the same sized panel as the monitors that the company makes, it does however have the same display quality.

The screen is a 5.5-inch 1080p unit. Colors are really natural on the panel, far away from the supersaturated ones of a Super AMOLED screen. The resolution on offer — 1080p — is quite impressive too when you consider that the phone sells for US$110.

Viewing angles are up to par and it’s in all a very nice display. Brightness is satisfactory, but the reflective front glass of the phone means that it can sometimes be a problem when used outdoors.

The bezels are surprisingly narrow also, perhaps only a little thicker than the bezel-less Le 1 (of course it isn’t bezel-less). Like mentioned, the screen is easily the most impressive bit on the V500.

In the age of 64-bit octa-core chips, the Snapdragon 400 certainly sounds lacklustre. Unfortunately, that shows in real life usage also. First, it is disappointing that the phone ships only with Android KitKat and not Lollipop. MediaTek phones which often find themselves criticized for not having Android updates come with Lollipop, so there’s no excuse for having a KitKat system on the V500. I’m not sure how popular the V500 is going to be, so there’s no promise of a killer community support for this one also.

The system is still OK-ish for 2D and general UI, but it is really poor for 3D where the effects of an old SoC become more apparent.

Here’s how the phone performs at benchmarks: 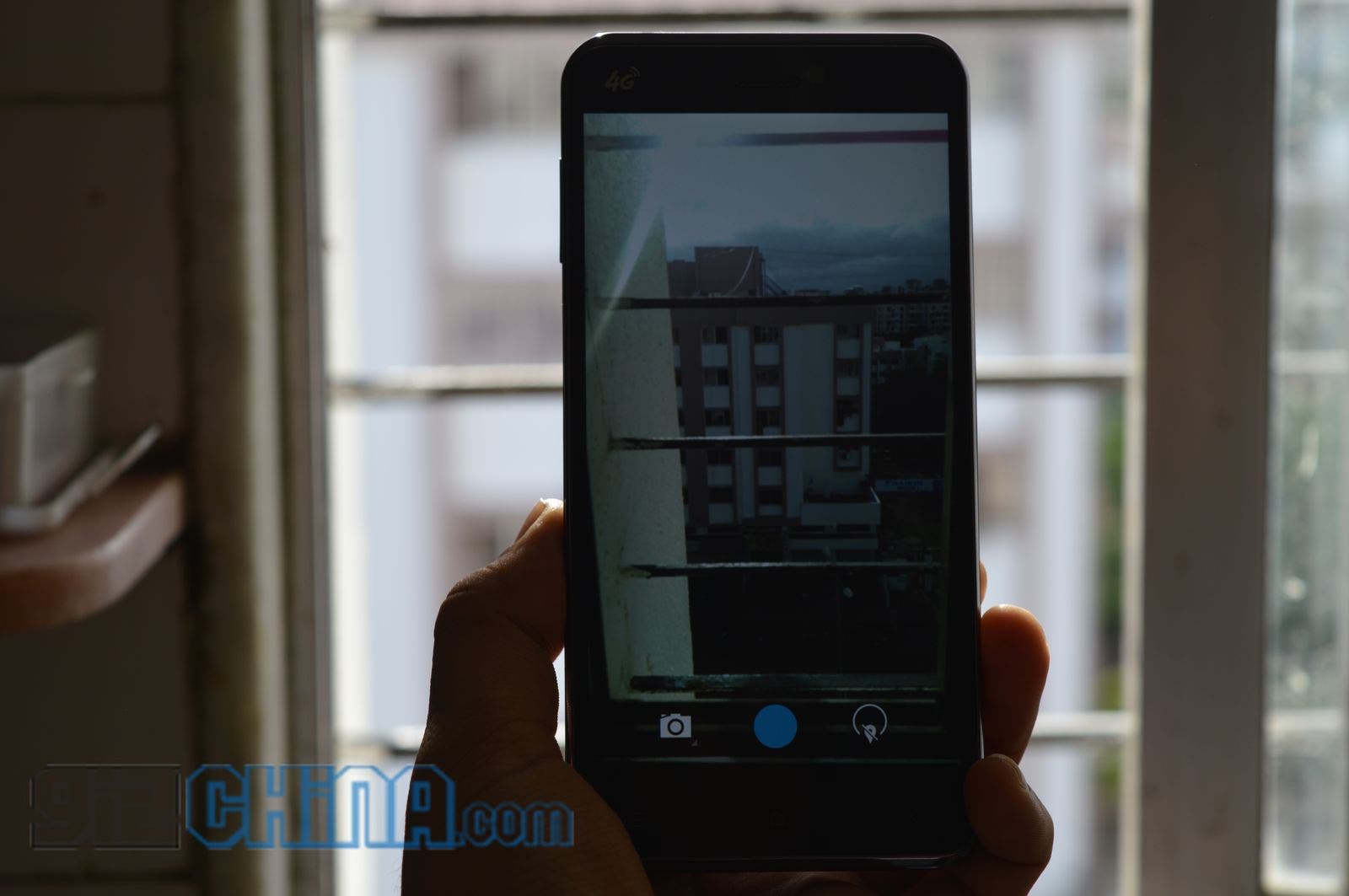 Smartphone cameras have come a long way, and it isn’t the flagships, but the entry-level to mid-range phones like the V500 that are representative of this fact. The V500 has a 13 mega-pixel camera that could do with better dynamic ranging, but for what it costs, the phone does a great job.

HDR mode deserves a special mention. HDR has saved quite a few otherwise-sub-standard camera phones, but on the V500 it adds to the overall appeal. That said, you must know that the camera app isn’t the fastest, and HDR especially can be really slow.

Take a look at some samples. 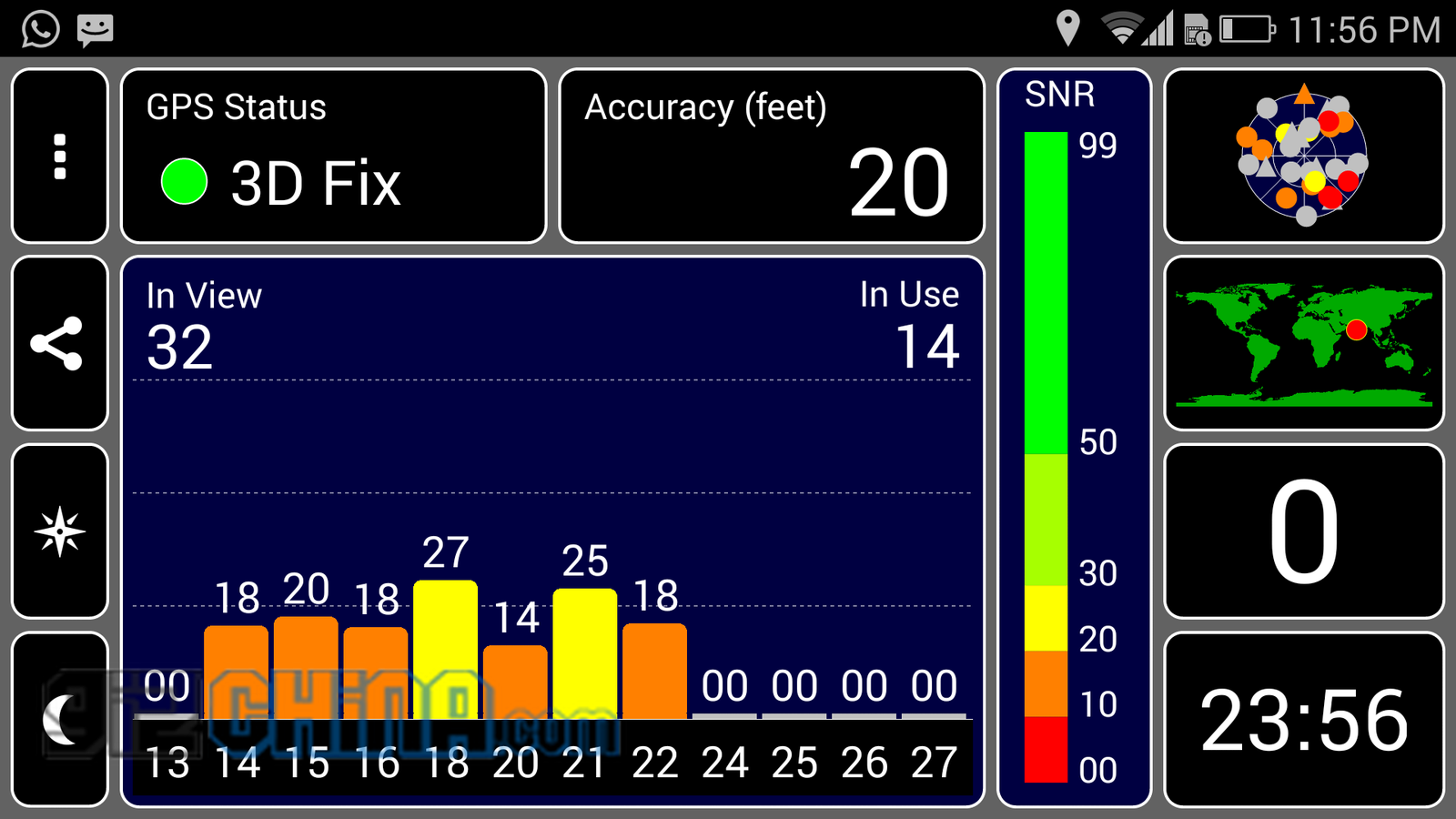 Another department where the V500 shines. 4G LTE connectivity is one of the phone’s USPs, and along with that, the V500 does very good cellular connectivity (ex-4G) and has a brilliant WiFi performance. GPS too is up to par, and in fact better than some other phones in the sub-US$150 range we have tested. 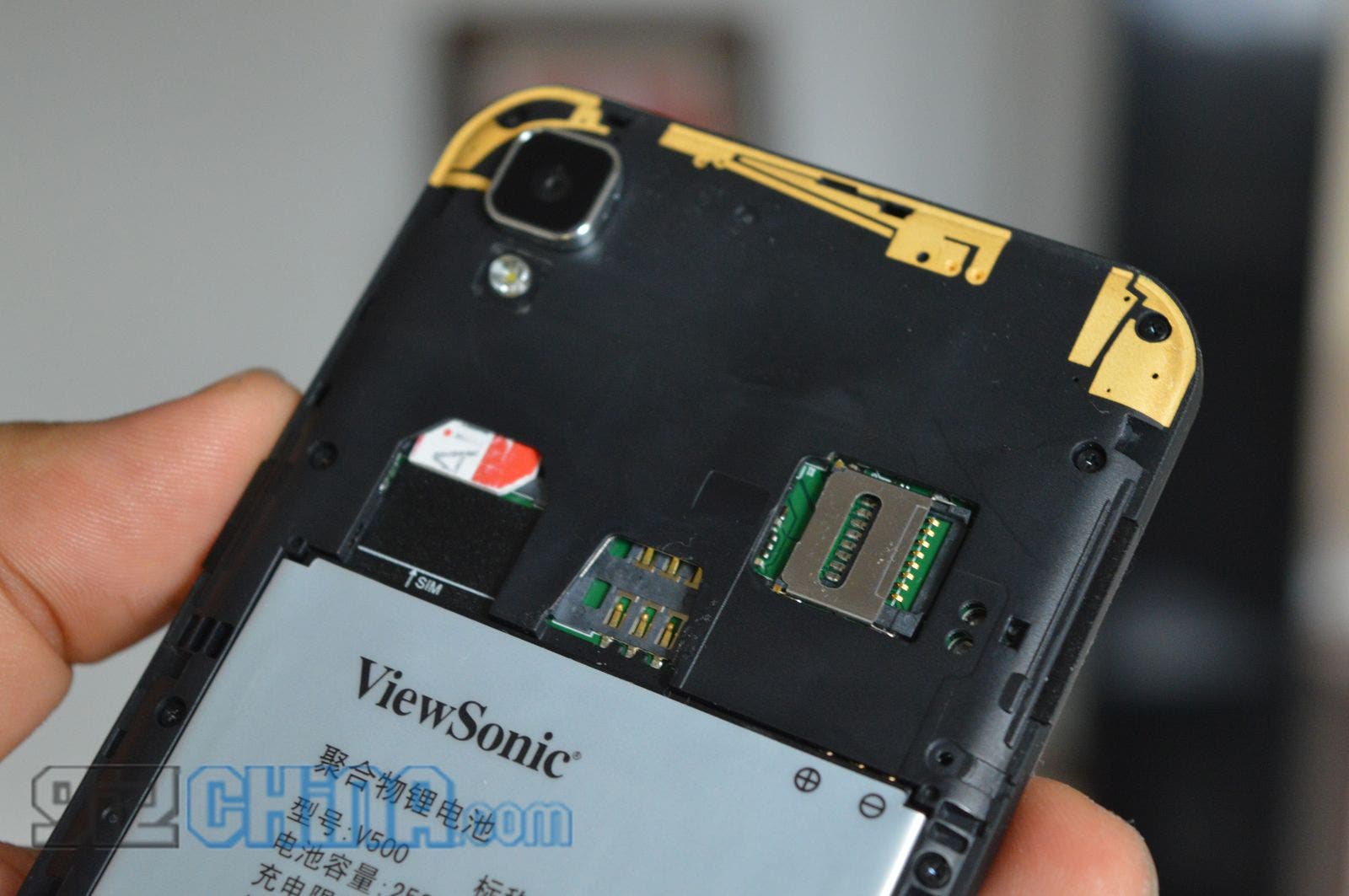 The V500 is a very average phone all round, and the battery part is no different. The 2500mAh battery of the device is enough for around 4-4.5 hours of screen on time. This is a figure that I’ve established with my general usage which includes email, Facebook, WhatsApp, and a lot of Chrome besides some other productivity apps and virtually no gaming. Gaming will reduce the battery life by quite a bit, and the V500 anyway doesn’t have enough grunt in it to provide for your games. I would’ve liked to see a better battery performance from the V500, but it is possible to make do with what’s on offer.

The V500 comes with a decent earpiece but the loudspeaker is below par. Audio quality from the earpiece is pretty satisfactory, but it does lack volume. The loudspeaker though, lacks a LOT of volume. It would be fair to say that the loudspeaker is simply of no use — you would use it only in a noisy environment and given the audio output it produces, it won’t really be of much help, only embarrassment.

One word to describe the V500 would be — ‘fair’. That because the phone does nothing special, but yet somehow manages to be worthy of the asking price. There are, however, better phones in the range — one that comes to mind is the Elephone P6000 which is a brilliant phone for the money. However, if you are among those that worry about brand names, then the V500 could probably make for a decent choice.

Thanks to CooliCool.com for providing the ViewSonic V500 for review.

Previous Wickedleak Wammy Note 4 goes on sale in India, reminds us of the JiaYu S3