The rumors and news about the upcoming flagship from Huawei, the Honor 7, have become constant in recent weeks. And now we can have a more good idea of the phone design, from new pictures.

The two new pictures came from Weibo, and show the device’s back cover. From the pictures, despite the low quality, Huawei seems to adopt a more sophisticated design with not only brushed metal design but also counting with a matte finish on it. 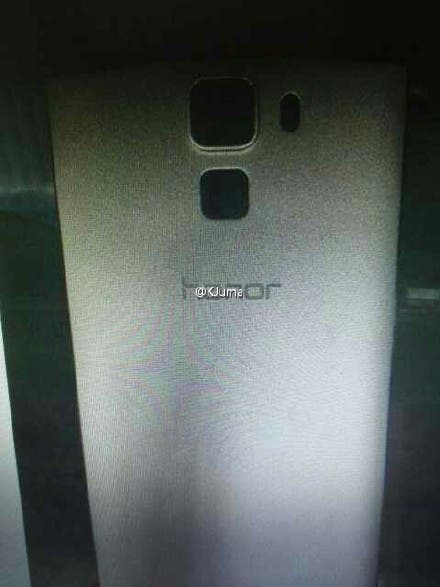 Two other details that can also be seen with the new photo, are the presence of a dual LED flash to expand low-light capabilities and the presence of a Fingerprint scanner on the rear that was already pointed out in previous rumors.

About the rumored specs of the Honor 7, the phone should arrive with the Huawei processor Kirin 935, 16GB of onboard storage coupled with 3GB of Ram, All those specs packed in a 5-inch 1080p panel. In the camera department we have a 13MP main shooter, everything powered by a 3280mAh battery running the Android 5.0 Lollipop.

The Honor 7 should be announced very soon by the company, but there are also rumors of another version of the same device that should arrive later this year with the HiSilicon Kirin 950 and 4GB of Ram for multi-tasking lovers. Any news about the Honor 7 we will report as the launch of the device must be getting closer, we expect that other news appear in the course of the coming days.

Next Siswoo C50 Longbow Review: Is this the Redmi 2 Killer for Europe?