We get our hands on the iOcean X9, currently the only 5-inch FHD phone boasting the powerful Mediatek MT6752 chipset.

After the release of the iOcean M6752 Rock, we really wondered which way iOcean would go. It’s safe to say that they took us by surprise though with the iOcean X9 which looks, feels and is made to a totally different standard. 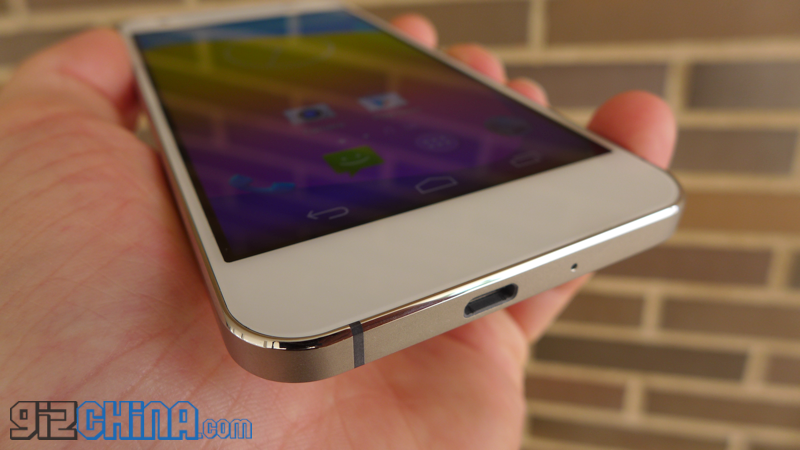 iOcean have taken what we like about the Rock and placed it in a better body made of better materials. So between the dual glass and CNC alloy chassis we have 3GB RAM and an octacore Meditatek MT6752 chipset.

Size has been greatly reduced by making the phone with a 5-inch 1920 x 1080 display, and using a CNC Nano molding technology for the 6.5mm chassis, iOcean have created a phone that is easy to use one-handed, yet boasts a powerful MT6752 processor!

Keeping the chassis at just 6.5mm and adding that additional SIM slot has taken its toll though and we only have a 2100mAh battery in the phone, but so far we are not too worried as it appears the ROM in the X9 is well optimised and we hope for a good battery life.

Speaking of the ROM, the iOcean X9 still ships with Android 4.4.4 Kitkat. We have no issue with this as it is a well sorted install, very smooth and fast performing, however the hardware is screaming for a Lollipop build which we believe will come sooner rather than later.

The presale of the iOcean X9 has started with an asking price of $249.99 which is a little more expensive than some other phones on the market. We actually asked iOcean about this and was surprised to receive an answer from the iOcean’s General Manager John Lee:

“(the) iOcean X9 is a synonym of quality and good taste, that is why people are willing to wait and pay more for it”,

he continues to explain that

“We have to come back to design and technology, not only think on the price. We should provide the best product for our users. If we compare the iOcean X9 to the Huawei P8 lite, the price is similar but, look at the differences, although P8 lite looks like metal, in the end you get a plastic-body phone and is at least 1mm thicker.”

Those of you interested in pre-ordering the iOcean X9 can do so from today until July 3rd. More details can be found on the iOcean website.

Keep posted for our full review of the iOcean X9 coming soon. Thanks to iOcean for sending us the X9 for review.