Doogee, like UMi and maybe a couple other Chinese OEMs, has revamped itself this year and is churning out some decent phones.

The Doogee Y100 Pro that I’m currently using is quite a decent phone with a chic design. Another device, namely the Doogee Nova Y100X, is in the works with a similar design but different chipset. While the Y100 Pro uses the MediaTek MT6735, the Nova Y100X will feature the tried and tested MT6582.

The Y100X will also have 2.5D curved glass with an anti-fingerprint coating on top of the 5-inch 720p panel. Other specifications of the Y100X include 1GB of RAM, 8GB of on-board storage, an 8 mega-pixel rear camera and a 5 mega-pixel front facing camera.

Doogee’s engineers seem to have shifted their focus to ergonomics, which is apparent thanks to the unusual position where the volume buttons sit — more towards the rear than the side. Also, the Y100X will have a rather unique sound chamber to enhance sound output from the built in loudspeaker. That certainly sounds interesting, and we’re keen to know how it turns out in the end.

For now, the phone is listed for US$85 on Everbuying, which does seem like an OK price for a device with a slightly old processor but with improvements in design and others. 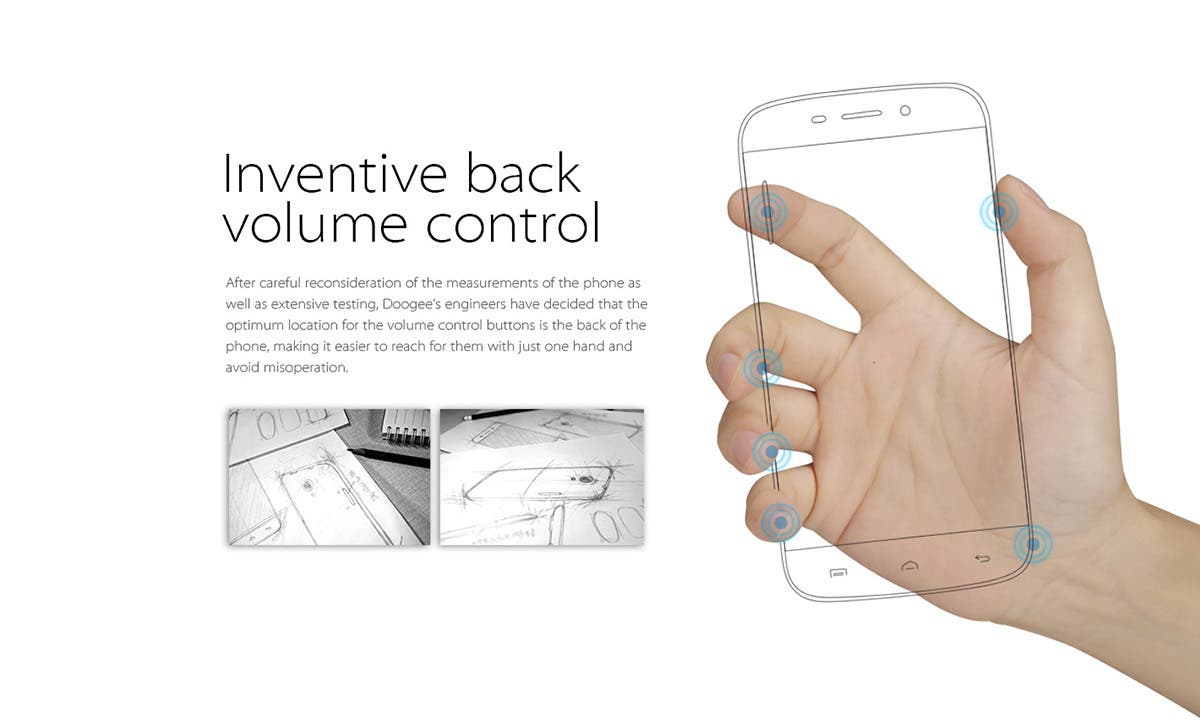