First up is the Zeblaze Rover. This wearable comes with a 1.54-inch 240 x 240 IPS display, 24MG RAM and Mediatek MTK2501 chipset with intergrated Bluetooth 4.0. The watch pairs with your current smartphone and can be used for 8 hours of calls with a single charge of the 250mAh battery (72 hours in standby).

Similar to the Apple Watch, the Zeblaze Rover oozes style with a leather watch strap attaching the 45 x 44 x 8.8mm smart wearable to your wrist. Available in Black, Orange, Gold, Brown, Silver and Black, the Rover is one of the few Chinese smartwatches with built-in pedometer, altimeter, thermometer and barometer. 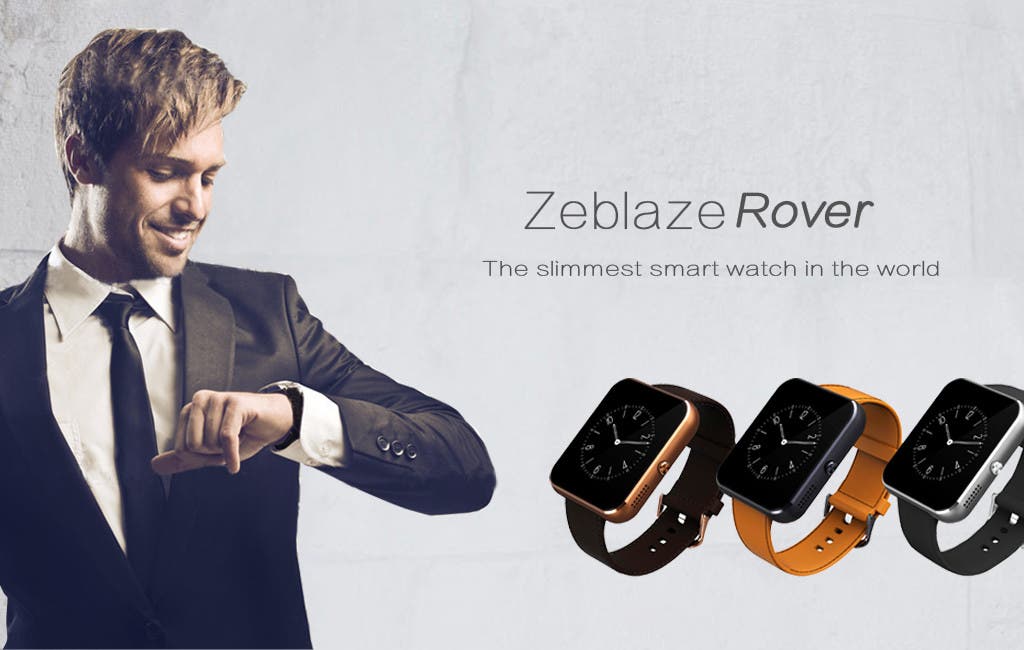 The Zeblaze Rover normally comes in at $79.99, but a special price cut has the watch on sale via Gearbest for just $38.59.

If the Apple Watch styling of the Rover doesn’t get your clock ticking, then the elegant Zeblaze Crystal might be enough to catch your eye. The “Beyond Exquisite” wearable boasts a curved display for a more comfortable operation and Zeblaze UI which scrolls from top to bottom rather then right to left.

Pricing for the Crystal hasn’t been released but the formal launch date of 5th August should reveal the cost and additional specification details.