Mediatek are all hands on deck these days. The Helio X10 and X20 have already impressed us and now details of the Mediatkek Helio X30 have really gotten things going!

Taiwanese Mediatek has seen a serious change in the way manufacturers and customers alike see the brand and its products. This time last year many Chinese phone fans would have given anything to have a Snapdragon chip in place of a MTK model, but the story has now switched in the opposite direction.

Now when we see the latest Qualcomm chipsets in a phone we groan and ask why couldn’t a Mediatek chip have been used? Not only were the MT6752 and other chips game changers, but the now very powerful Helio range have really shown us all what Mediatek can do.

The specs will also include support for a maximum of 4GB LPDDR4 1600MhZ RAM, and a Mali T880 GPU. 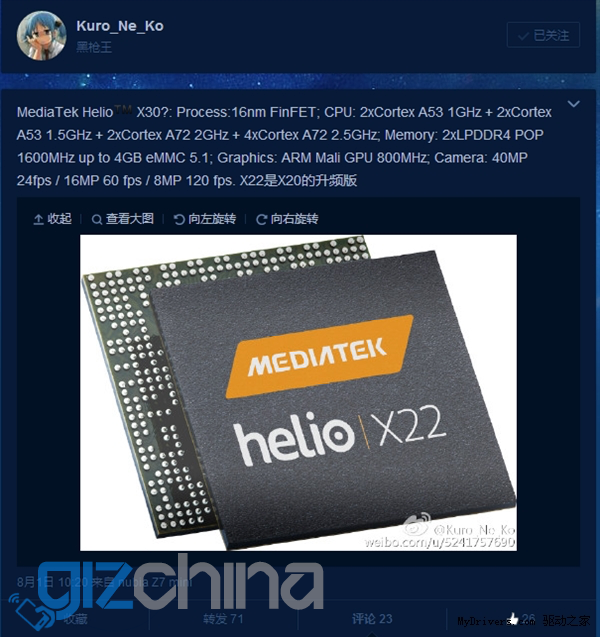 It’s not likely that we will see Mediatek Helio X30 phones before December with the first batch of Chinese flagships running this advanced SoC likely early next year.

What do you think of Mediatek’s current charge? Are you willing to opt for a Helio powered phone or are you still a Qualcomm fan?