A OnePlus fan has managed to hack the OnePlus 2 invite system to push himself closer to the top of the queue.

OnePlus have tweaked their invite system for the OnePlus 2 by letting people add their email address to a list and be notified when an invitation becomes available to them. The system means anyone can add their email, but those who are being referred will rank higher than those who have not.

One fan discoverd that after initially signing up at number 9000 on the list, he was quickly pushed back to 70,000 as other fans climbed above him using referrals.

Jake Cooper, the then 70,000 person to get a OP2 invite, decided to try and hack the invite system by fooling the sign up page in to thinking that he was referring users. The script, based on Python, has done the trick and now Jake is sitting pretty at spot number 1,694. 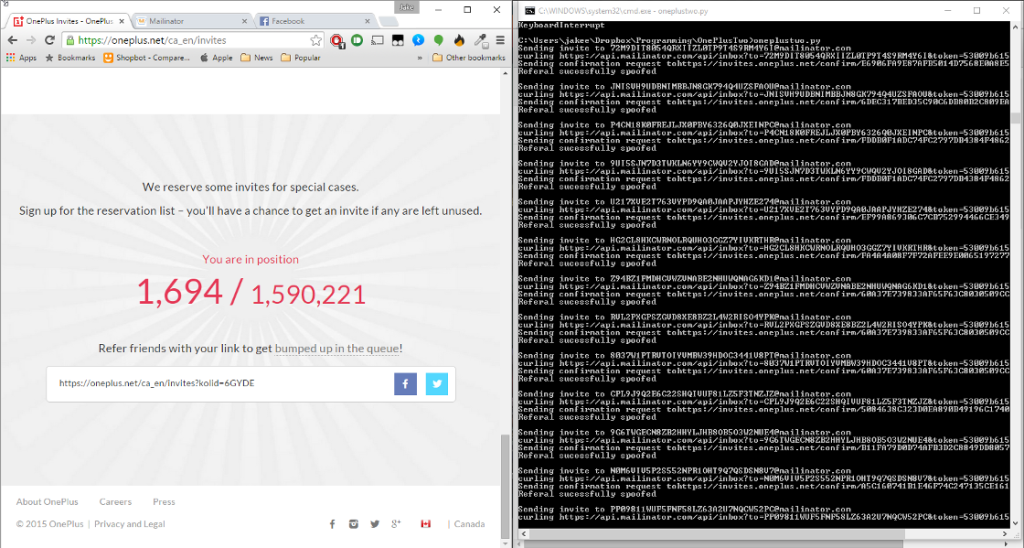 There are currently just under 1.6 million people waiting for an invite for the OnePlus 2, which sounds like many months of waiting to us.

Next UMi Hammer S Treasure Hunt could get you the USB Type C phone for just $49.99