It’s been raining MT6735 phones lately. The new Cubot X15 comes with the same CPU (thankfully NOT in the 1.0GHz MT6735P variant), but appears to have a decent build and a stylish design.

Many MT6735P phones, including the Oukitel U8 and the Doogee Y100 Pro, failed to impress, particularly when you take the price tag into consideration. The Cubot X15 isn’t a cheap phone too, but given that it comes with the non-underclocked version of the quad-core chipset, it should do a bit better.

Oh, and unlike the other phones mentioned here, the X15 does in fact come with a full HD 1920 x 1080p display through the 5.5-inch screen which should be respite for those with powerful eyes. Besides the FHD display, the Cubot X15 has 2GB RAM, 16GB ROM and is powered by Android 5.1 Lollipop. 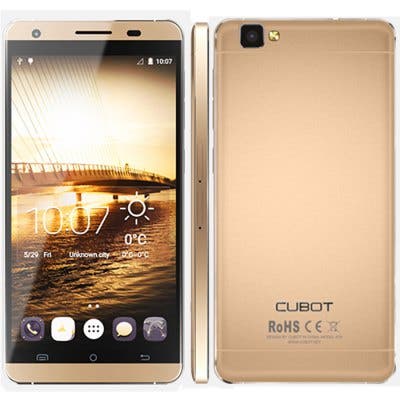 Cubot claim to have a better than average camera set in a 16 mega-pixel rear with f/1.8 aperture, and an 8 mega-pixel front with an f/2.0 aperture. Oh, and the display too isn’t supposed to be your everyday 5.5-inch panel, but one sourced from top display maker JDI. The phone is priced US$166 on reseller store Everbuying, but coupon EBX15 brings it down to just US$147.

Do the apparently better than average internals justify the price tag? Let us know in the comments section below.