With the immense success of ROG Phone and ROG Phone 2, Asus is now working on the third iteration of its gaming smartphone dubbed ROG Phone 3. The device has been making its round on the internet for a couple of weeks thanks to new leaks and rumors. Well, the smartphone maker has now announced the launch timeline for the next gaming smartphone. 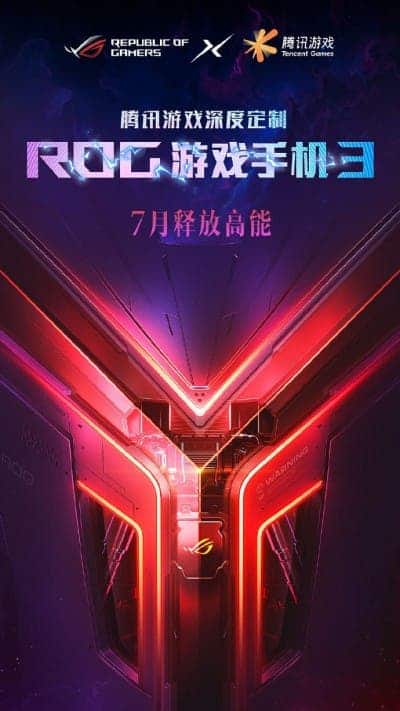 Like the previous ROG device, Asus is now partnering with Tencent this time. The company went on its official Weibo platform to announce the new launch timeline for its ROG Phone 3 gaming smartphone launch. As per the post, the launch will take place in the month of July. It looks like the phone will be heavily customized by Tencent. This is not the first time Asus is collaborating with Tencent for its gaming smartphone. Last year, we saw an affordable Tencent version of ROG Phone 2.

According to Tencent Games, the new collaboration will focus on “optimizing the performance of game content on the hardware”. This will result in better game experience for the player as per the publisher. With that said, we are expecting better optimization and resource allocation for popular titles. Sadly, there is no exact launch date available at the time of writing this. We might see that revealing as we move closer to the month.

Considering previous listings and certifications, Asus ROG Phone 3 will run on Snapdragon 865 chipset paired with 8GB RAM. We will also see the 12GB RAM variant of the smartphone. That’s not it! we might also see the top-end model to come with a massive 16GB RAM option. In terms of onboard storage, we can expect up to 512GB memory options. We will further see the 30W fast charging support while the battery capacity might be 5,800 mAh.

Since it is a gaming smartphone, previous rumors point towards liquid cooling and advanced fans for better cooling. The ROG Phone 3 is equipped with a 6.59-inch OLED panel with the support of 144 Hz refresh rate and Full HD+ resolution. In terms of optics, there might be a triple camera module featuring 64MP and 13MP sensors. For selfies and video calling, there might be a 13MP front snapper.