Xiaomi’s new generation of entry-level phone the Redmi 9 has been scheduled to start pre-sale at 10:00 on June 24. Today, Lei Jun disclosed some information concerning the upcoming low-end model. So as the information comes our way from such a source, we just have to believe in it.

Also Read: Redmi 9: Here Is Everything We Know About The Upcoming Smartphone

According to Lei Jun, the Redmi 9 uses a 1080P (FHD+) screen, which has become a mainstream on flagship models. It has a size of 6.53 inches and uses a water drop design. As for the processor, it hosts a MediaTek Helio G80 SoC. In fact, this chip focuses on a smooth game performance. In AnTuTu, it scores 200,000 points, doubled from the previous generation, and its performance is equivalent to the Snapdragon 835. 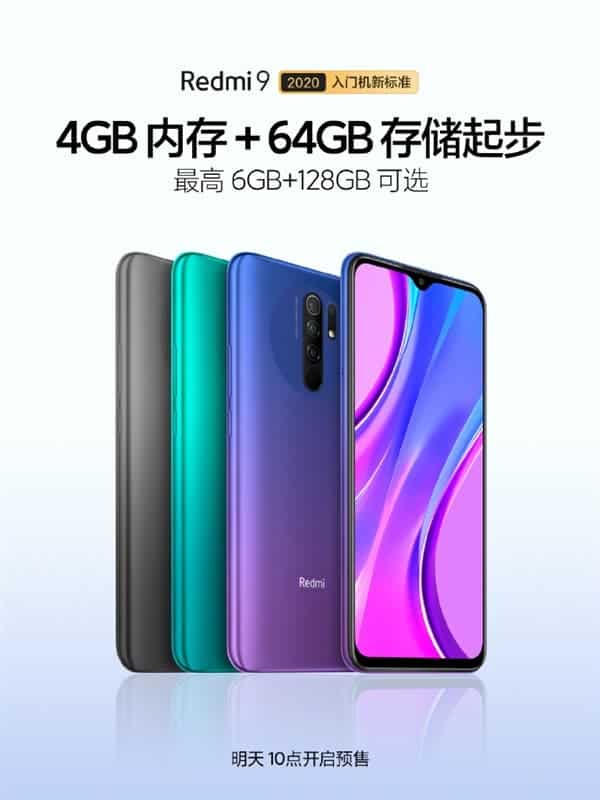 The MediaTek Helio G80 integrates HyperEngine game engine, which is specifically optimized for games. It can redistribute CPU, GPU and memory resources according to the game scene, improve the smoothness of the intense game screen, and improve the battery life.

According to the official statement, you can not only use daily applications super-smoothly but even play large games to achieve almost full frame effect.

Better Than Its Rivals In The Same Price Range

In addition, in comparison with the smartphones from the same price range that use a dual-camera module, the Redmi 9 took the lead in upgrading the AI ​​full-scene quad-camera. In addition to the ultra-clear main camera, there are also an ultra-wide-angle lens, a portrait depth of field lens, and a macro lens.

Not only that, the Redmi 9 supports dual-band Wi-Fi, including faster 5G Wi-Fi and 2.4G Wi-Fi with strong wall penetration capabilities. The machine also has a built-in 5020mAh large-capacity battery. According to the official statement, it has 27.9 days of continuous standby time. Say, you can watch 24 episodes of TV series in a row, or listen to 3640 songs continuously. Thus, you will have to charge the phone once in two days. By the way, it supports 18W fast charge. 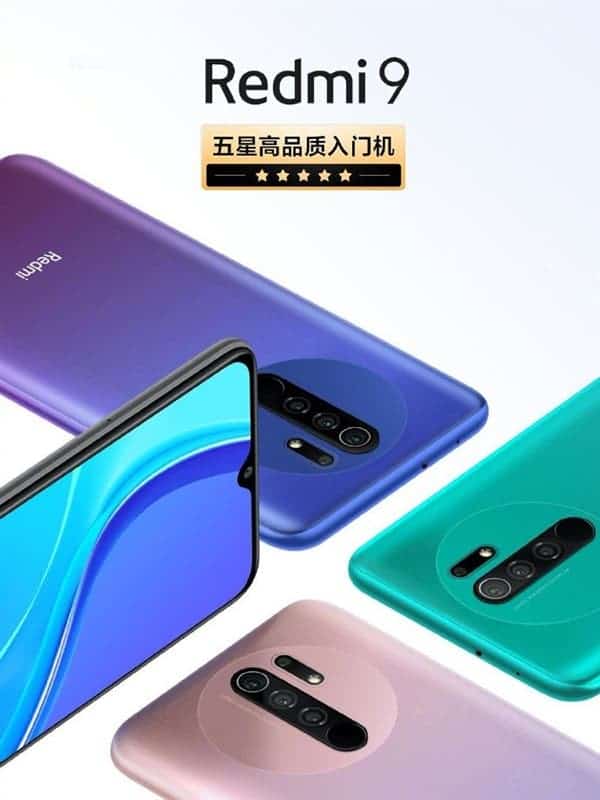 In terms of storage, the Redmi 9 comes standard with 4GB memory + 64GB storage, and 6GB+128GB is optional. As for color variants, there are four options you can choose from – lotus powder, ink green, carbon black, and neon blue.

It is worth mentioning that the Redmi 9 has upgraded the charging port to Type-C. Also, the four corners are reinforced. The company has conducted 225 multi-dimensional factory tests. Thus, the phone passed the same test standards as the flagship machine.

Redmi 9 is getting December 2020 security update