The Meizu MX5 impressed one and all with its amazing camera performance, decent build and its on-paper specifications set. Unfortunately though, the phone doesn’t appear to use the Helio X10 to its full potential, which is something discussed in the MX5 review as well.

It’s been a few more days for me with the MX5 now. This means that the phone was used with some more apps, for a longer time, and in even more varying situations.

The results are not impressive, unfortunately. Here are the problems that I’ve been facing with the MX5 lately, some of which have aggravated only recently (for some reason beyond my comprehension).

Right out of the box (and for the next few days), the Meizu MX5 was pretty responsive and fast without any signs of lagging. I don’t know what has happened to the phone since, but it has become very difficult to use lately. I’m suspecting some very poor memory management on the part of Flyme, because each time I clear all apps from memory, the phone is back to its original snappiness. Another reason for me to suspect Flyme is because the LeTV S1 with its 2.0GHz MT6795 (the MX5 has a 2.2GHz version) runs all of it without any glitches.

Unless I do that (clearing memory), it is virtually impossible to continue using the phone. Switching between apps is something I can’t even imagine doing for the amount of time it takes — that bad. It’ll just freeze up and all you can do is wait.

This has been the biggest and the most gruesome issue I’ve had with the MX5 in the past few days, bad enough for me to give up the awesome camera and convenience of the fingerprint sensor.

Heating up issues (and CPU throttling?)

Every phone heats up, and people often make a bigger deal out of it than required. Unfortunately though, the issues that I’ve been facing on the MX5 lately are legitimately called for. I do use a few apps at once (aren’t smartphones designed for that), but that doesn’t warrant the heat ups the MX5 has been exhibiting lately.

The region around and below the camera is where the MX5 heats up the most (that’s where the main board of the phone would be sitting). The rear panel being metal is quick to transfer the heat on to the other side, which will make holding the phone for long durations all the more difficult for you.

Once the phone does heat up, it also appears to throttle the Helio X10 up to a certain point. The results are very clearly visible, and you’ll have to let the phone cool for a good few minutes before even thinking of using it again.

Fingerprint sensor that refuses to ‘listen’ 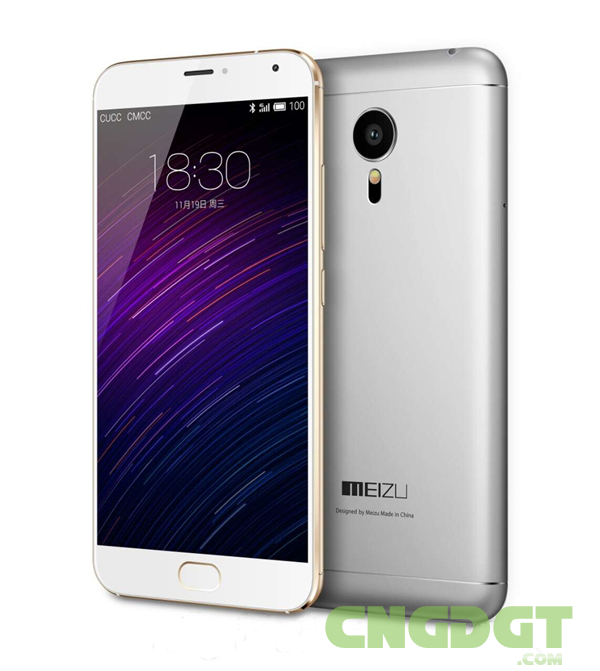 The fingerprint sensor on the MX5 isn’t the ‘always listening’ kind, which does help save battery. It is one of my favourite features about the phone, and also a very very accurate sensor — when it does decide to read your fingerprint.

Make no mistake, the feature works 90/100 times, but that isn’t enough. Assuming it has 90% accuracy and a ‘listening’ rate of 90%, it brings down the overall usability to just 81% Excuse the numbers, but that — even qualitatively speaking — really isn’t very impressive for a 2015 flagship.

Again, it is certainly not the hardware at fault but instead the poor software on Meizu’s part.

A very basic problem with the MX5 for now is that you cannot move between a text box if you’re using a 3rd party keyboard (such as Google Keyboard). You have to be on the crappy (for international users) keyboard, or hide the 3rd party keyboard you’re using, in order to bring the cursor to the desired point in the sentence you’re typing.

I’m a WhatsApp user but don’t like to have any sound notifications for messages, which is why I select to mute the sounds from within the app. But for some reason, that simply isn’t possible on the MX5; it keeps reverting to the default tone despite explicitly choosing ‘none’ as the notification option.

This leaves me with no choice but to move to the LeTV S1, which feels a lot (can’t stress this enough) more stable and snappier than the MX5. At least for now.

I honestly do want to use the Meizu MX5 more (mainly for the camera), perhaps even as the daily driver for a few months. But for that, Meizu will have to fix their software and get their act together.

Previous Xiaomi Redmi 2 Prime will be manufactured 100% in India

Next First OnePlus 2 shipment for US & Canada delayed